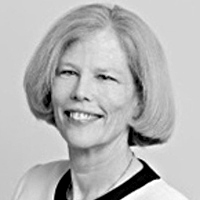 She is president of The Detection Group, an emerging growth company providing cloud-based IoT water solutions for the built environment. Prior to The Detection Group, Laurie held executive positions in a wide variety of Silicon Valley companies, including as president of Gazebo Capital Management LLC. She also held various executive roles for New Focus, a manufacturer of optical networking and photonic products; Silicon Valley Group, a leading semiconductor equipment manufacturer; and Crystallume, where she helped establish the emerging synthetic diamond coating industry. Laurie holds BSE and MS degrees in civil and environmental engineering from Duke and Stanford, respectively, and an MBA from Harvard Business School. She has served for several years on the Pratt School of Engineering Board of Visitors and also serves on the Board of Directors of NV5 Global. 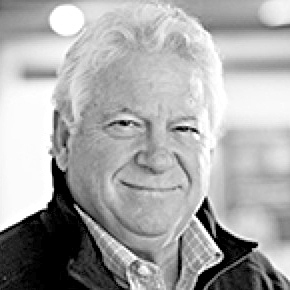 A third-generation Fehsenfeld family business leader, Fred M. Fehsenfeld, Jr. currently serves as Chairman of The Heritage Group Holdings Company Board, continuing a legacy of family leadership that began with his grandfather, John E. Fehsenfeld, in 1930. Fred’s career with The Heritage Group spans over 40 years, during which he has provided a breadth of experience in leadership and management across a wide variety of industries, including his role as CEO from 1980 to 2020. Prior to joining the family business, Fred spent two years at ConocoPhillips. In addition to his role as Chairman, Fred is also the managing trustee of The Heritage Group Board of Trustees and Chairman of the board of directors of Calumet GP, LLC, and the board of directors of Heritage-Crystal Clean, Inc. Fred also holds a seat on the Heritage Environmental Services, Inc. Advisory Board. In 2016, Fred’s daughter, Amy, assumed the role of president of The Heritage Group, marking the beginning of the transition to fourth-generation leadership – a rarity in the realm of family businesses – and a true testament to Fred’s dedication to the long-term success of the organization. Fred holds a B.S. in mechanical engineering from Duke University and an M.S. in management from the Massachusetts Institute of Technology Sloan School. Fred and his wife, Suzie, share a passion for their local Indianapolis community and global conservation efforts. Fred is an avid world traveler and fisherman. 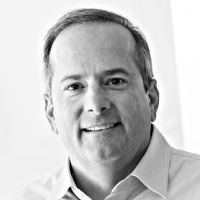 He is the founder of Illumina Ventures, an early-stage investment fund that has supported more than two dozen genomics and precision health companies. Prior to the fund, he was part of the team that led Illumina Inc. to become the world’s dominant genome sequencing company. Nick co-founded Quanterix, whose ultra-sensitive instruments enable pharmaceutical researchers and clinicians to detect rare molecules in blood. Previously he was chairman of True Materials, CEO of ParAllele BioScience and general manager of Motorola Life Sciences. Before getting involved in the life-science industry, Nick spent two years at an Air Force lab and seven years at DARPA, where he managed research in software and semiconductor manufacturing. For his contributions to the US semiconductor industry, he was recognized with the Arthur S. Flemming Award. Nick serves on the boards of several companies and is a trustee of the Winston Churchill Foundation. He holds a BSE from Duke, was a Winston Churchill Scholar at Cambridge University, and earned a PhD in electrical engineering from the University of Maryland. He is married with three grown children. 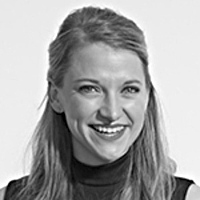 Lisa is vice president of HearstLab. Previously, she founded and was chief data scientist for AdMass, which leveraged social media data to help brands understand and connect with their customers. Throughout her career, she has built and led data science groups at startups and as a consultant. She came to data science from engineering, where she specialized in data-driven modeling and machine learning to predict the motion of swimming animals. Lisa holds a PhD and master's degree (SM) from MIT and a BSE from Duke—each in mechanical engineering. Lisa supports women in business and STEM through several organizations, including All Raise, NYU Summer Launchpad, and MIT's Women in Technology Program. She is a member of Duke MEMS's advisory board. She has received awards recognizing her work in engineering and entrepreneurship, including the ASME Kate Gleason Award for distinguished female leaders and the MIT Luis de Florez Award for Outstanding Ingenuity and Creativity. 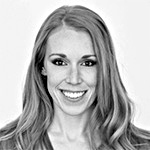 Leslie started Anomalie out of her own frustrating experience as a bride. Fed up with the traditional bridal industry’s lack of accessibility, limited inventory, designs, sizes, high markups and few customization abilities, Leslie took the wedding dress search into her own hands, using her manufacturing expertise to make her gown directly with the world’s top workshops, and quickly began receiving requests from friends to make their gowns. Today, Anomalie is pioneering a new model in retail supply chains uniquely fit for customization at scale while also solving all pain points for brides that the traditional bridal wear industry cannot. The company has raised $20 million from leading consumer VCs, established offices in San Francisco and Hong Kong, and created online tools used by millions of brides to design their dresses. Prior to founding Anomalie, Leslie managed manufacturing engineering and supply chain operations at Nike and at Apple. Leslie received a BSE in mechanical engineering from Duke and an MBA from Harvard Business School. 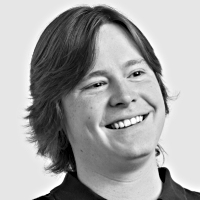 Andrew found his love for digital-systems design and computer architecture at Duke, leading him to serve as a teaching assistant nine times in six semesters. As a graduate student, he grew so weary of the vagaries of proprietary instruction-set architectures that he and his SiFive co-founders created RISC-V, a free and open architecture that has rapidly established itself as an industry standard. In addition to his BSE from Duke, Andrew holds an MS and a PhD from UC Berkeley.

Linda Franzoni, MS ’88, PhD’91 is Associate Dean for Undergraduate Education and Professor of the Practice in the Thomas Lord Department of Mechanical Engineering and Materials Science. 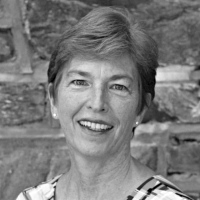 Prof. Franzoni graduated from Yale University in 1980 and worked at the NASA-Caltech Jet Propulsion Laboratory in the Structural Dynamics Division before coming to Duke for graduate school. She started her academic career at NC State University in the Department of Mechanical & Aerospace Engineering, transitioning to Duke in 1998. Her research in structural dynamics and acoustics has been funded by NASA, the National Science Foundation and the Office of Naval Research. Since joining Duke, Linda has served as a faculty advisor for Duke Engineering Student Government and the student chapters of ASME and Pi Tau Sigma. She has served on the Duke Academic Council, including its Executive Committee. She is currently chair of the Duke Athletics Council. Her service to the profession includes being secretary of the US National Committee on Theoretical and Applied Mechanics, and many activities, including executive committee membership, for ABET—the accreditation body for undergraduate engineering.

Adrienne Stiff-Roberts, PhD is the Jeffrey N. Vinik Professor of Electrical and Computer Engineering and the founding Director of Graduate Studies of the University Program in Materials Science and Engineering. 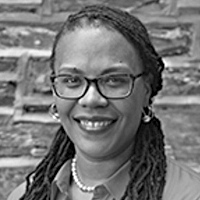 Prof. Stiff-Roberts's research focuses on thin-film deposition of semiconductor materials for optoelectronic devices, such as solar cells and light-emitting diodes. She joined the Duke faculty in 2004. In 2018, she became the first Black woman to be promoted to full professor within the Pratt School of Engineering. Her service to Duke includes leadership in establishing UPMSE—a multidisciplinary, university-wide research and education initiative focused on Duke's leadership in materials research and design. She also contributed greatly to the development of the Energy Materials Emphasis within the Duke University Energy Initiative. Her dedication to teaching and mentorship excellence has positively impacted Pratt undergraduate and graduate students alike. She also has provided sustained, high-quality engagement with the Durham community through her creation of SENSOR, the Student Engineers Network: Strengthening Opportunities in Research, and its Saturday Academy for eighth- and ninth-graders in the Durham Public Schools.

George A. Truskey, PhD, is the R. Eugene and Susie E. Goodson Professor of Biomedical Engineering and Associate Vice President for Research. 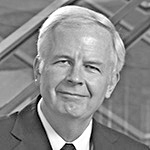 Prof. Truskey has been on the Duke faculty since 1987. His current research interests include the response of cells to physical forces, cardiovascular and skeletal muscle tissue engineering, and the development of micro-physiological systems to model disease and develop therapeutics.

He served as the chair of Duke BME from 2003-2011, during which he led significant growth in the department;  from 2011-2020 he was senior associate dean and facilitated the expansion in research and faculty and development of new educational programs, and from 2015-2016 he served as interim dean of the Pratt School of Engineering.

Please click below to see award criteria and to submit a nomination.

Each winner holds a degree from the Pratt School of Engineering, has achieved recognition in their chosen field, and has demonstrated exemplary service to Duke and to their community

Each winner earned a degree from the Pratt School of Engineering within 15 years of their award, achieved recognition in their chosen field, and demonstrated effort promoting Duke Engineering's excellence

The winner of this award may be any person, alumnus or not, who has made an extraordinary effort to help the Pratt School of Engineering achieve its goals and objectives, and who has achieved recognition in their field

The Building Blocks of Transformational Leadership: An Interview With Duke's Sanyin Siang