The Pratt School of Engineering is dedicated to supporting programs, events and activities intended to form and enhance lifelong and mutually beneficial relationships with alumni, corporate partners, foundations and leadership donors.

Stay in Touch
Log onto the Pratt page at alumni.duke.edu »

Get Involved
Be a mentor or give a tech-talk, join the Engineering Alumni Association, and more

Send Us Your News!
Submit your alumni news through our online form »

Giving Opportunities
Give to the Annual Fund, and learn about major gift opportunities.

Major Gift Donors
Learn how past major gifts have made big impacts.

Explore the History of Duke Engineering
From its beginnings as an undergraduate college with just three faculty members in each department and only 201 students, the School of Engineering has grown into one of the nation’s fastest-rising engineering programs. 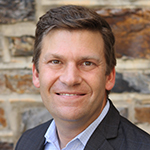 Jim graduated as a mechanical engineer from the Pratt School of Engineering in 2001, and loved Duke Engineering so much he returned to Pratt almost 10 years ago. Jim focuses his time on strategic direction for the development team and works closely with the dean and faculty leaders across the school on key initiatives. He traveled extensively in his previous major gift role for Pratt and now manages principal gift efforts and major gift activity in Southern California. 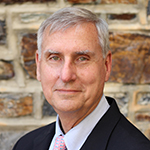 A 1971 Duke civil engineering graduate, Judge is an institution in and of himself on the Duke Engineering development team. His commitment to personalized attention for all those who have given back to the school and his knowledge of the broad Pratt alumni base have been the driving success behind Pratt’s fundraising efforts for over 25 years. Judge is primarily responsible for driving ambition and success in the Annual Fund as well as principal and major gift fundraising rooted in relationships with alumni that cross generations. 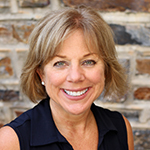 Malinda joined the Duke Engineering development team in September 2017 after nearly 10 years as the senior regional development director for Duke in the Bay Area of California. Malinda was inspired to join Pratt by seeing all the impactful and inspiring research being done by Pratt faculty and the profound ability of Pratt students to impact society in meaningful ways. Malinda travels extensively and supports major gift activity across the country with focus on San Francisco, Seattle, Boston, Atlanta, and Washington. 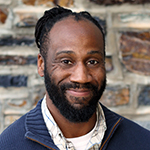 Philip arrived at Duke Engineering in June 2019. He had previously worked in various roles around the Duke campus since 2006, ranging from working and living in the residence halls, to developing campus leadership programs, to re-engaging alumni in the philanthropic life of the university. He’s excited about the opportunity to utilize these experiences in support of Pratt’s strategic vision. Philip travels in support of major gift activity in New York, Chicago, Texas, Philadelphia, North Carolina and Colorado. 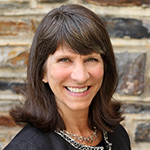 Kirsten coordinates industry relations, with a focus on student internships and faculty connections. The success of our TechConnect and StartupConnect events are largely attributable to her great work. She is always available to help support any corporate or industry relations questions for both faculty and students at Pratt. 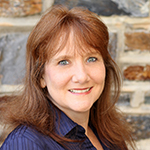 Pam knows everyone and everything in development. She leads Pratt’s efforts in the Annual Fund, but also plays a lead role in donor stewardship, advancement services, and leads the Engineering Alumni Council. Her warmth and energy help define the Duke Engineering development team. 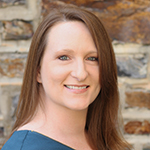 Kim’s official role is to support efforts to sustain and grow the success of the Annual Fund, and she plays a key role in supporting the Engineering Alumni Council and Board of Visitors. Her unofficial role is to keep Judge, Jim, and Pam on task and in line. 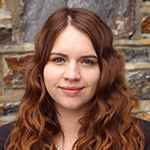 Megan joined the Pratt development team in February 2017. She helps support the major gift team and leads administrative functions for the team. Megan also leads coordination for the Board of Visitors meetings and serves as the friendly smile greeting everyone who comes to the Duke Engineering development offices.

END_OF_DOCUMENT_TOKEN_TO_BE_REPLACED

Send Us Your News

Building for the Future of Duke 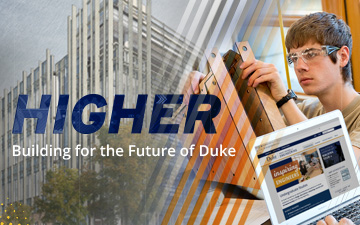 Opening in late 2020, the new Engineering Building at Duke Engineering will be a transformative space to advance engineering education and research at Duke.