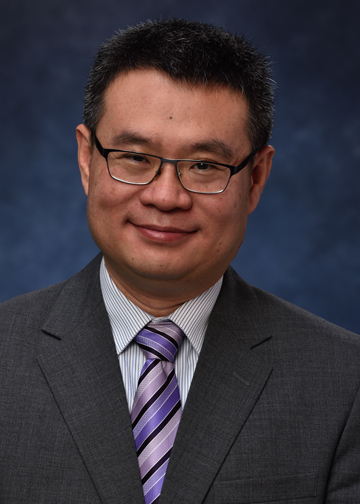 Yiran Chen will join the Department of Electrical and Computer Engineering at Duke University beginning January 1, 2017. With a proven track record of developing innovative semiconductor designs for integrated circuits and memory systems, Chen will work to integrate emerging software/hardware solutions into commercial applications.

After earning his bachelor’s and master’s degrees in electronic engineering from Tsinghua University in 1998 and 2001, respectively, Chen completed his doctoral degree in electrical and computer engineering at Purdue University in 2005. He then joined Synopsys, one of the world’s largest software companies, as a senior research and development engineer before spending more than three years at Seagate as a staff engineer.

In both positions, Chen excelled in developing new electronic hardware design technologies—such as an award-winning analysis tool for simulating the timing and performance of new microchip designs. He also worked on next-generation memory hardware before joining the faculty of the University of Pittsburgh in 2010.

“There are currently several mainstream technologies for memory that are used for different purposes,” said Chen. “But all of them rely on electrons to store information. As we continue to make microchips smaller and denser, there is a physical limit that begins to make the system unreliable.”

As alternatives, Chen is researching ways to create memory systems that rely on magnetism, the spin of electron or the resistance of a nanoscale component. Such technologies offer better scalability, lower power consumption and faster performance. For example, Chen says, you could potentially back up your entire computer in a few milliseconds and have its memory remain reliable for months or years at a time.

Chen’s second area of research focuses on power-savings technologies for smart phones and other mobile devices. For example, different colors of LED lights consume different amounts of power. According to Chen, it is possible to come up with different lighting schemes that use less power but still offer the same performance to the user. Other ideas involve processing images and video more efficiently and dimming the display of an area while it is covered by a user’s finger during use.

“I’m also working on security features that allows a device to recognize its owner,” said Chen. “Everybody operates their devices in slightly different ways by using their fingers. There are variations in how a device is held, the way the finger makes contact with the phone, and the speed and cadence of typing and commands. I’m working on background security features that can detect and learn these patterns to recognize when somebody other than the owner is using the device.”

Chen’s final research track involves developing computing technologies that mimic how the human brain operates. Chen’s colleague, Hai “Helen” Li, who is also joining Duke, is seeking to create “neuromorphic” chips that attempt to model the incredibly large and complex parallel processing power of the human brain. If the individual components can change how they connect with each other in response to stimuli, then the computer chip can actually learn from its experiences as an actual neural network does. Chen’s role in this research is to create models and simulations of emerging architectural designs to speed progress toward workable circuits.

As the only child of a high-school teachers’ family, Chen has strong passion on teaching and education. He introduced Cornell Cup—a national competition of embedded system design for college students—to the University of Pittsburgh and received multiple awards with his student teams. He also loves to adopt multimedia and high-tech approaches in his teaching practice—something he looks forward to doing more of at Duke—and created the first education channel at the Swanson School of Engineering at the University of Pittsburgh on YouTube.

In each area, Chen says he sees good ties to existing research projects at Duke, and is looking forward to forging collaborations with many faculty members across campus.