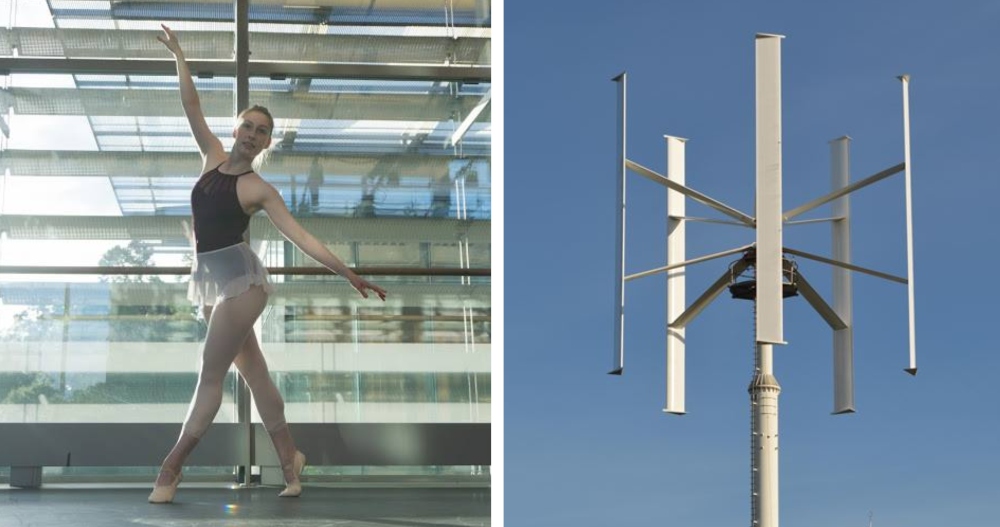 I was always a math and science person, and I think engineering is a good way to merge those two things together. It’s kind of the best of both worlds. I did an engineering summer program a couple of years before coming to college and really enjoyed all the hands-on projects, so I definitely wanted to continue that. I’ve always liked building. I wrote my Common Application essay about Legos, so it was a pretty easy choice in that regard.

What sorts of projects are you working on as a Pratt Fellow?

I am working with Dr. Bliss on modeling the wake behind vertical axis wind turbines (VAWT). Before my project, Dr. Bliss had done a lot of research with wake steering in horizontal axis wind turbines, that is, designing a turbine to direct the wake behind it such that it would not interfere with the wind going through other turbines. This would result in more efficient arrays of turbines. He had not yet done this with VAWTs, but studying this type of turbine was of interest. We have been doing a lot of computations about how the wind is passing through this turbine, where it’s going and how we can calculate that and figure out how it is operating.

Normally when you say “windmill” or “wind turbine,” people are going to picture the horizontal axis ones that spin parallel to the ground. Vertical axis ones spin perpendicular to the ground. There is a lot of research about horizontal axis wind turbines, but not so much for vertical axis wind turbines. My project works on developing computational models to track the wake as it passes through a VAWT in a way that is hopefully faster or less computationally expensive than running a full computational fluid dynamics (CFD) model.

Why did you want to work on this project?

When I applied to the Pratt Research Fellows program, I went through the list of available projects and ranked the ones in which I was most interested. This one was my first choice. Dr. Bliss said he was looking for someone who was good at spatially visualizing how things were working together, so you could picture formations in your head. I am also a dancer and I have choreographed a bunch. So, I was used to picturing formations, such as people moving around together on a stage. I thought that is kind of how we would picture vortices moving around each other behind a wind turbine. I saw that connection and that’s why this project was interesting to me.

What do you think of the Pratt Research Fellows program?

I think it is a really good program for people who want to get deeply involved with a research project. Since it goes on for three semesters and a summer, you can really dedicate a lot of time and get involved in the nitty-gritty of your project.

I’ve really enjoyed it. They can be great advisors for a lot of different things—earning their trust so they ask what you think, and you can come to them about classes you are taking from them. Dr. Bliss was a great help, as I was applying to PhD programs. It’s a great way to get closer to faculty and to hear about what they’re interested in.

[Note: Since her interview, Katie has been accepted into a PhD program at Princeton University where she plans to continue her research in aerodynamics.]

Coding Goes Global: How One Duke Student Took His Skills Home to Ghana