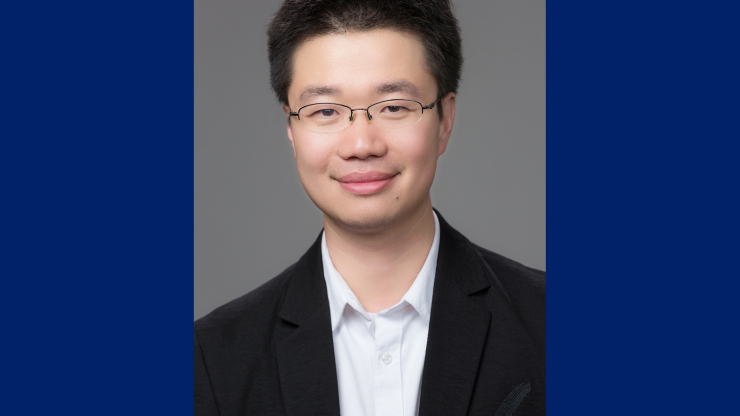 Since joining Duke in 2016, Yao has used the technology to create full-body scans of animal models that show blood flow, organ activity and firing neural networks. He’s also helped advance the imaging technology so it can non-invasively measure the temperature of deep tissues and track deep-brain activity.

With the CAREER Award, Yao will build on this work to develop new photoacoustic imaging technologies and data science tools to map the oxygen metabolism in the brain. These advances will enable Yao to study the brain’s functions at a high resolution, allowing researchers to better decipher brain activity.

“There currently aren’t any technologies that allow researchers to non-invasively track oxygen consumption in the brain, so we still don’t know a lot about how the brain uses oxygen to regulate blood flow in both healthy and diseased states,” Yao said. “But photoacoustic imaging allows researchers to non-invasively measure how oxygen is consumed throughout the brain. Our goal is to improve the resolution of photoacoustic imaging so we can track oxygen consumption in the brain in different physiological states.”

By developing these improved imaging tools, Yao and his team plan to measure oxygen consumption in healthy animal models and compare the biomedical data to disease models, like those for Alzheimer’s disease. This information could then help neuroscientists determine if decreased oxygen levels are a contributing factor for Alzheimer’s disease progression.

To ensure that this work can be broadly useful to the neuroscience community, Yao and his team will also use the grant to build a public, digital library of their findings.

“Once we’ve got the proof of concept developed, we hope to use these new tools to measure the brain at a variety of different conditions and disease states and in different animal models,” Yao said. “Researchers would then have full access to this information and use it to guide and support their own work.”

Yao also hopes to incorporate the new technology into both undergraduate and high school science courses so students can learn more about both technology development and brain imaging. His team plans to develop a computer-based game that will challenge students to match levels of oxygen consumption to different levels of brain activity or disease states.

“I’m very honored to receive the CAREER Award,” says Yao. “It takes us a while to develop the technology to get to this level of recognition, so it’s very rewarding that now we’ll have a chance to provide technology that can potentially be really impactful for the broader research community.”