Xiling Shen will join the biomedical engineering department in Duke University’s Pratt School of Engineering in July 2015. An electrical circuit and computer systems expert by training, Shen applies his engineering background to understand the complex regulatory networks behind biological systems and diseases.

Medical research has long taken a reductionist approach to health care, Shen said. For example, researchers often focus on finding “the” culprit protein that gives rise to a disease, so that the protein can be targeted to produce a cure. Many challenging diseases such as cancer, however, are caused by complex interactions among a network of many proteins and RNAs as well as changes to their physical environment—which can’t be fully understood outside of that context. 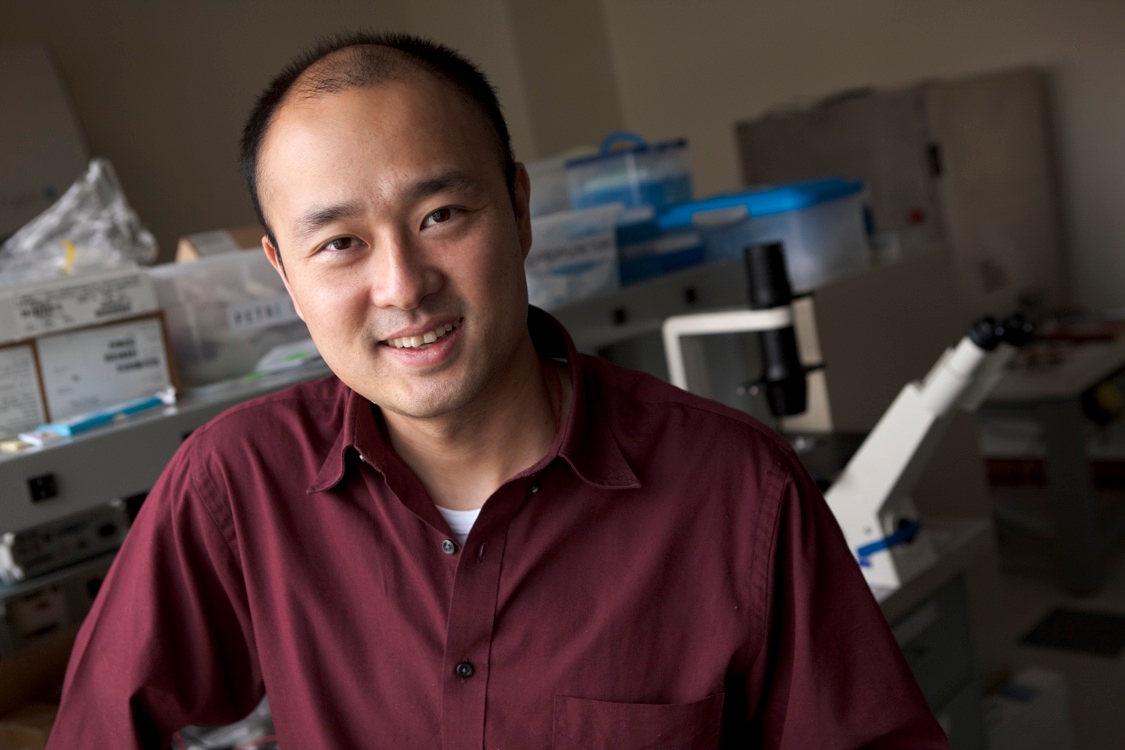 Shen’s studies focus on creating both experimental and computational tools to understand diseases at more sophisticated levels. He also uses engineering concepts such as circuit and control theories to understand how a single adult stem cell is programmed to form a whole organ, and how that program can go awry during the development and maintenance of different tissues.

“We need better computer and animal models that accurately reproduce the complexity of biological systems and human diseases,” said Shen, who joins Duke from Cornell University. “Better models can better recapitulate the physiological environments seen by our own cells, which produce better studies and results.”

Shen earned his bachelor’s, master’s and doctorate degrees from Stanford University, before conducting postdoctoral research at the University of California–Berkeley.  He then joined Cornell University’s faculty as an assistant professor of electrical and computer engineering and biomedical engineering in 2009. He also worked as an analog and wireless circuit designer at Barcelona Design and Texas Instruments between 2001 and 2004.

One example of Shen’s work is a recent study that revealed for the first time that small RNAs called microRNAs instruct cancer stem cells to divide in two different ways. Besides a division process that results in two cancer stem cells, his laboratory discovered that they can also divide into one cancer stem cell and one tissue cell. This allows tumors the flexibility to grow while maintaining a steady supply of stem cells. Such microRNAs can be therapeutically target to disrupt tumor growth.

Another recent study discovered that cancerous cells hijack mechanisms originating in the immune system to catch a ride to different organs during metastasis. Leveraging this discovery, Shen’s laboratory injected engineered human cancer cells into mouse embryos. These mice grew up recognizing human cancer cells as their own, which led to the growth of human tumors in the organs where they would naturally occur.

“In the past, cancerous human cells have just been injected under the skin of mice to grow tumors for testing,” said Shen, who hopes that realistic disease models will enable researchers to find better cancer drugs that have been elusive so far. “But that microenvironment is completely different from those of various organs, and that can play a huge role in how well the tumor grows and how well treatments work. Genetically engineering switches into cancerous cells to direct them to the proper organ will provide a more accurate model for testing.”

Shen sees the close physical proximity and institutional ties between Duke Medicine and the biomedical engineering department as a potential boon for his research. As an engineer, Shen says he isn’t satisfied with simply discovering new things; he wants to take his work from bench to bedside to have a large societal impact.

And he believes Duke is a special place that can make that happen.

“The collaborative environment at Duke is unique—it’s one step ahead of its many peer institutions,” said Shen. “People at Duke have the mentality of pushing the boundaries of new frontiers and are willing to take risks. That’s how you do science and that’s how the next great discovery will be made.”