Cate Brinson: "It's critical that we provide positive role models" 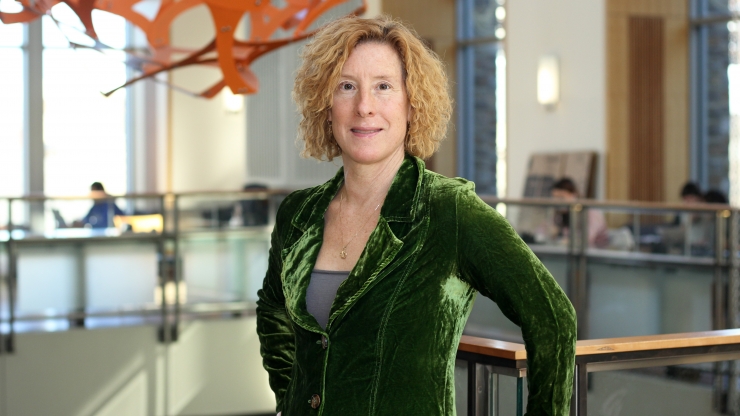 The idea of celebrating Women’s History Month is rooted in education.

In 1978, the Education Task Force of Sonoma County, California, organized a “Women’s History Week,” according to the National Women’s History Museum. The idea ignited similar celebrations across the county that sparked a movement for national recognition.

Today, women make up roughly 62 percent of the education, legal, community service, media and arts industries, and 73 percent of health practioner and technical occupations. At Duke, women comprise 66 percent of the workforce.

To commemorate Women’s History Month, MEMS Chair Cate Brinson was among seven Duke women in leadership who provided some reflections:

WHAT WOULD YOU LIKE TO SEE IMPROVED FOR WOMEN IN THE WORKPLACE?

Cate Brinson achieved a lot of firsts in her career.

“In retrospect, I look back and realize aspects of that progression were difficult and strange,” Brinson said. “I was at the front of this weird boundary for women.”

Still, she wishes for greater parity between men and women who earn engineering degrees.

Women earned nearly 22 percent of engineering bachelor’s degrees nationwide in 2018, up from 18 percent in 2009, according to the American Society for Engineering Education. At Duke, women currently make up a significantly higher percentage of the engineering student body than the national average—37 percent, versus 23 percent nationally.

“There weren’t a lot of women for me to see in mechanical engineering positions when I was growing up. It’s difficult to imagine yourself achieving something if you haven’t seen someone else do it.”

While the slow increase is positive, Brinson said engineering can do better.

“Both mechanical engineering and materials science are richly diverse fields with a wealth of fascinating and creative applications in design, robotics, healthcare devices and energy,” she said. “We need to do a better job of attracting and retaining women in these important and interesting fields. At the same time, it is critical that we provide positive role models for our current and prospective female students.”

One of Brinson’s first mentors, Katherine Faber, the Simon Ramo Professor of Materials Science at the California Institute of Technology, was among the first female faculty members in engineering Brinson saw that also had a family.

It was always a goal for Brinson, who has four children, to be successful in her profession and home life.

“There weren’t a lot of women for me to see in mechanical engineering positions when I was growing up,” said Brinson, who joined Duke in 2017. “It’s difficult to imagine yourself achieving something if you haven’t seen someone else do it.”