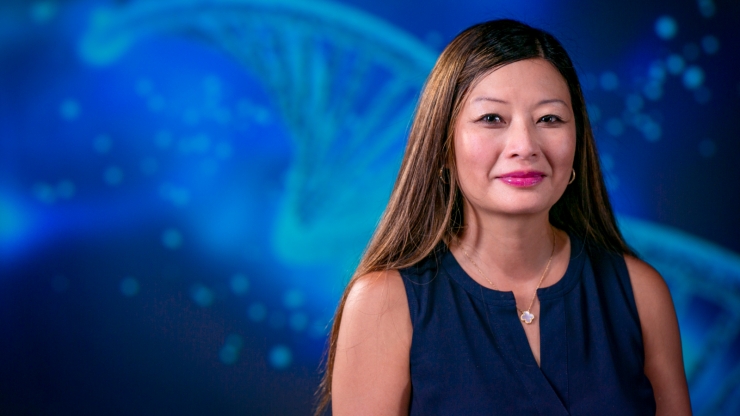 Since the digital revolution began decades ago, progress in computational power has roughly followed Moore’s Law—the prediction that the number of transistors on a silicon chip will double every two years. Due to physical constraints in just how small transistors can be made and the heat they generate, however, that period of exponential growth is coming to an end.

To overcome these physical limits of computational speed, many researchers are turning to specially designed hardware accelerators. While most every computer processor is designed to be generally adaptable to any task a programmer can imagine, custom hardware is tailor-made to execute a set of algorithms more efficiently. Though this pigeonholes them into a specific domain, it also improves their efficiency and speed tremendously.

“Hardware specialization is the next necessary step to meet the computational demands of modern applications systems from data centers to mobile devices,” said Wills. “Developing and using hardware accelerators and accelerated systems, however, is extremely challenging. And the problem is exacerbated by a lack of open hardware components and intellectual property in the field. My goal is to provide these open access tools to help developers create and deploy highly efficient hardware-accelerated systems.”

The path forward being pursued by Wills is based on what she’s termed Domain-Specific Primitives, or DSPs. These are essentially coarse granular units of computational algorithms that describe portions of applications that can be accelerated and executed on a hardware-accelerated system. By creating a library of potential hardware replacements that correspond to certain algorithmic functions commonly found in software code, Wills plans to provide computer scientists and programmers new powerful tools to use when designing their algorithms. These DSPs can be used by software compilers, programmers, and hardware development designers to compose, program, develop and optimize domain-specific, hardware-accelerated systems in a systematic fashion.

The proposed DSPs can be applied to many domains to solve open problems in the interdisciplinary areas of computer architecture and healthcare to advance fields that bring direct impacts to human flourishing, such as machine learning, cancer research and drug discovery.

On top of the fundamental research goals, the grant will also allow Wills to create undergraduate courses that teach the concepts behind DSPs and how they are applied to accelerate systems as well as similar efforts in Duke’s innovative summer Data+, CS+ and Code programs. It will also support hands-on tutorials at top-tier computational architecture conferences to teach audiences how to develop and deploy example hardware-accelerated systems in the cloud.

“The result of this project will be a transformative realization in highly performant, highly efficient and highly productive development of hardware-accelerated systems that are easy to use,” said Wills.