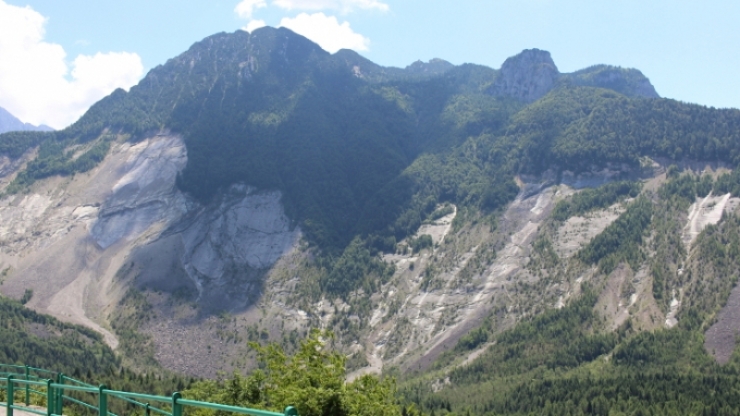 For the next five years, the $580,000 award will support Veveakis’s ambitious goal of developing an entirely new framework for modeling large-scale geological hazards. By developing a deep understanding of how various small-scale phenomena such as micro-fracturing, chemical alterations and phase transitions dissipate energy, Veveakis aims to be able to understand large-scale disasters such as sinkholes, landslides and earthquakes.

“My lifelong goal is to predict and mitigate man-made and natural geohazards by developing modeling frameworks and monitoring protocols that can revolutionize the ﬁeld,” said Veveakis. “This is indeed an ambitious idea, which can be seen as a natural extension of my work in its entirety.” 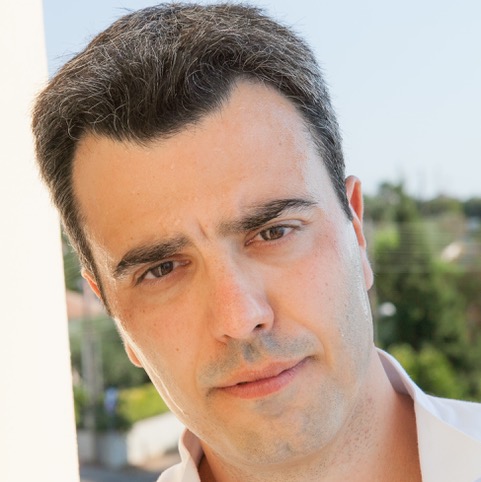 Geohazards, both natural and manmade, cause a wide range of catastrophes such as landslides, debris and mudﬂows, sinkholes, over-pressurized under-ground zones, barriers and disposal sites, volcanoes, and earthquakes. They often lead to devastating casualties and infrastructure damage and remain largely unpredictable. Not only do they evolve at very long time scales over hundreds of meters of space, they are also prone to microstructural changes in a wide range of unstable materials like clays and sandstones and extreme conditions involving high heat, pressure and levels of chemically active ﬂuids.

Existing research in the area has tended to focus on mechanical micro-scale phenomena such as grain size and its evolution under such conditions. However, Veveakis is proposing a new approach that instead focuses on how—and how much—these many various processes dissipate energy.

This challenging approach will begin in the laboratory, where Veveakis and his laboratory will push small, synthetic, homogenous mineral samples to their limits in a variety of conditions to probe the routes it uses to dissipate energy. They will then use that knowledge to create a model that can predict how the material will react in large-scale scenarios and indicate variables the researchers can monitor to watch for imminent failure. If successful, researchers can then use this framework to create similar models for many different geological materials under a variety of long-term loading conditions.

The idea grows from Veveakis’s current work with the slow-moving El Forn landslide in the mountains of Andorra. Previous research has indicated that the temperature of a relatively thin layer of clay within the mountains is a crucial indicator of potential imminent danger for nearby towns. With the new research program, Veveakis plans to create more extensive models that can be applied to many more types of geological hazards and provide these kinds of insights and warning signs.

“The same work will be able to be used for any macro-scale geohazard, as the predictive framework we are trying to develop is of fundamental nature, describing the response of rocks in any possible hazardous scenario involving material failure,” said Veveakis. “Our biggest challenges are developing the experimental apparatus to measure internal dissipative variables in a failing sample and then finding the dependence of these mechanisms on the size of the sample. When crossing length- and time- scales, the biggest challenge is always to extract the scaling laws that make the small-scale experiments meaningful for large-scale applications.”

The research approach will be combined with the development of innovative educational tools, including a 3D-interactive simulator for geohazards that will be used as a virtual lab. This step includes the development of artificial intelligence algorithms for data processing and open-source 3D interactive visualization tools, which will be used as a tool for broad outreach and dissemination. In the duration of this project, the virtual lab will be equipped with two case studies—the El Forn landslide and the catastrophic landslide of Vajont, which caused the loss of nearly 2,000 people.