By Andrew Bragg, professor of civil and environmental engineering 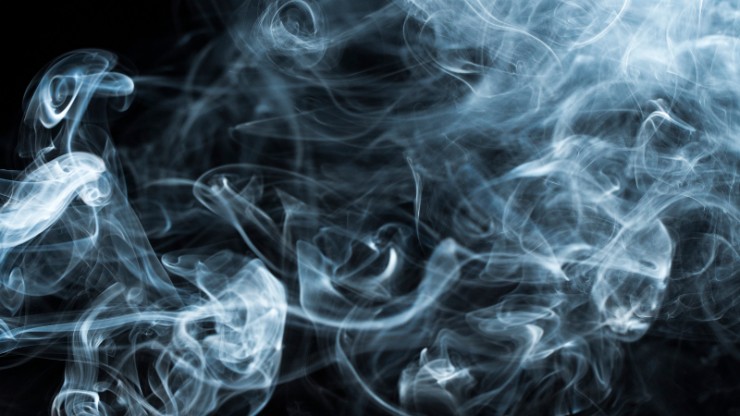 While fluids can flow in a variety of ways, turbulence describes the extremely complicated, chaotic motion that fluids frequently exhibit in natural and engineered systems. The subject has attracted the interests of physicists, mathematicians and engineers such as myself for many years, due both to the great intellectual challenges it presents, and its profound relevance for understanding and modeling atmospheric, oceanic, astrophysical and industrial flows.

One key feature of turbulent flows is that they exhibit fluctuating motion over a very wide range of scales, for example from millimeters to several kilometers, or even larger. Sometimes these scales of motion are referred to as “eddies.” Energy is typically injected into the flow at the large scales, and is then on average passed down to the smallest scales of the flow where it is dissipated by molecular viscosity. This process whereby energy is transferred from the large injection scales to the small dissipation scales is known as the “energy cascade.”

While the central importance of the energy cascade in turbulent flows has been recognized for a long time, understanding the physical mechanisms by which this cascade occurs has proved to be a very challenging problem. One of the key ideas, perhaps first put forward by the legendary G.I. Taylor of Cambridge University in 1932, is that the process of “vortex stretching” drives the energy cascade.

In a turbulent flow, there are regions referred to as “vortex tubes,” wherein the flow exhibits lots of rotating and swirling motion, without much deformation—like a funnel of smoke swirling upward out of a campfire. There are also “straining regions,” wherein the flow is being strongly deformed and distorted. According to the vortex stretching idea, the straining regions of the flow interact with and stretch the vortex tubes, and as they are stretched, the cross-sectional area of the tubes contract to conserve angular momentum. Due to this contraction, kinetic energy is transferred to smaller scales in the turbulent flow, producing the energy cascade.

While this has remained the most popular explanation, over the years several questions have been raised concerning its validity. One problem is that the argument, while conceptually plausible, has not been demonstrated mathematically. Furthermore, some have claimed to provide evidence that vortex stretching actually hinders, rather than causes, the energy cascade.

In a new study, my PhD student Maurizio Carbone and I use a combination of mathematical analysis, conceptual arguments, and high-performance computing to demonstrate that vortex stretching, while contributing to the energy cascade, is actually not the main mechanism driving this process.

We instead show that another non-linear process known as “strain self-amplification” is the primary cause of the energy cascade. According to this mechanism, the straining regions of the flow actually squeeze themselves through a nonlinear self-interaction process. As they squeeze themselves, they transfer energy down to smaller scales in the turbulent flow. Vortex stretching makes an additional, distinct contribution to the energy cascade, as predicted by G.I. Taylor, but its contribution is much smaller than that coming from the process of strain self-amplification.

These new findings provide a much clearer and more precise understanding of perhaps the most central process in turbulent flows—the energy cascade—and may provide new insights for how the complexity should be modeled in fields such as atmospheric, oceanic, astrophysical and industrial flows.