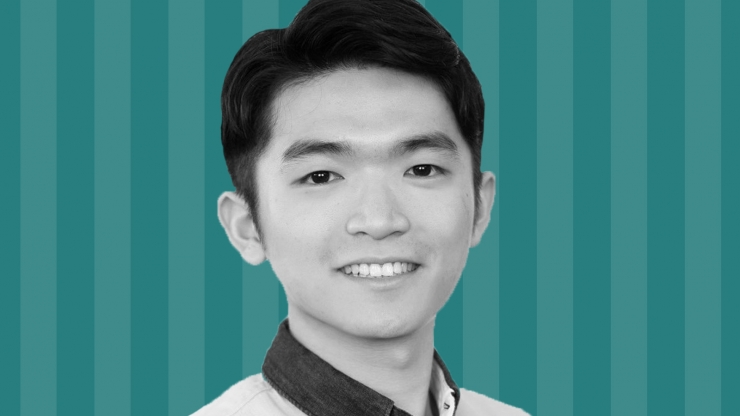 Tingjun Chen will join the Department of Electrical and Computer Engineering at Duke University beginning August 1, 2021. With an interest in future wireless networks and Internet of Things (IoT) systems, Chen is working to develop an array of emerging technologies to improve data rates and reliability while lowering communication latency to enable a broad new class of real-time applications such as augmented reality, autonomous vehicles and smart intersections.

“My work connects theory with practice, trying to develop algorithms and build systems that take into account the unique characteristics of the underlying technologies,” said Chen, who recently defended his PhD dissertation at Columbia University under the mentorship of Gil Zussman, professor of electrical engineering and director of the Wireless and Mobile Networking (WiMNet) Lab. “This includes the rollout of 5G and beyond-5G systems featuring ultra-high bandwidth and ultra-low latency, as well as the massive connectivity between various kinds of IoT devices.”

Chen has been highly involved in the Rutgers-Columbia-NYU NSF PAWR COSMOS project, which aims to develop and deploy a city-scale testbed for advanced wireless technologies within the complex urban environment of West Harlem in New York City.

“An emerging technology that can significantly improve wireless data rates is millimeter-wave communications. While millimeter-wave signals can carry much more information than the radio waves used by WiFi and LTE, they also lose energy much more quickly over distance and have more trouble traveling through obstacles,” said Chen. “In collaboration with IBM, We’re deploying several first-of-their-kind programmable millimeter-wave radios, integrated with a high-bandwidth optical network and powerful edge servers, throughout a one-square-mile area of the city for researchers around the world to test their ideas on. Because as the Sinatra song says, if you can make it there (in New York City), you can make it anywhere.”

"I really like Duke’s interdisciplinary focus from education to research and I look forward to fruitful collaborations across different fields. I’m also excited to bring various aspects of future wireless networks, which have become an inseparable part of our everyday life, to Duke and the Research Triangle Park."

Most of the “smart” technologies that we use every day send data to cloud servers, which process the information and send back results. These servers can be hundreds of miles away from us, however, limiting how quickly answers can be delivered. While this might suffice for smart speakers ordering household goods online, other applications such as autonomous vehicles and smart intersections need feedback as quickly as possible.

Much of Chen’s research focuses on improving data rates employing emerging physical-layer technologies and bringing down these lag times for complex computations. For example, edge-cloud computing refers to data processing at the edge devices to provide results without having to send the data to a centralized server cluster.

In another project, Chen seeks to build compact full-duplex radios. Current radios only operate in half-full mode, sending and receiving information either on separate frequency channels or in alternative time slots. Full-duplex radios, however, can transmit and receive on a single frequency, which can double the spectrum efficiency and reduce the communication latency at the physical layer. But when radios try to do this, a huge amount of self-interference—usually millions to trillions times stronger than the desired signal—leaks from the transmitter into its receiver.

“It’s like when I’m speaking, I’m jamming my ears with my own voice,” said Chen. “I have researched technologies and built compact full-duplex radios that can subtract the self-interference signal so that the desired signal can be successfully picked up. Our full-duplex radios have also been made open-source and integrated in the open-access COSMOS testbed, and now researchers from around the world are using this resource for research in this area.”

Chen is also working to achieve the highest possible data rates for ultra-low-power IoT devices. One potential application is for active tags that can harvest energy from the environment and communicate with one another. In an environment like a smart supermarket or warehouse, a system featuring many such devices could quickly identify and locate misplaced items and put them back where they’re supposed to be.

While Chen has many collaborators that work on the hardware for these sorts of technologies, he is primarily focused on the cross-layer aspects of future wireless networks. That is, developing algorithms and building systems that allow everyday devices to have faster radio access links and to run various real-time applications.

In coming to Duke, Chen sees two unique resources that could potentially further his work. One is the Duke Smart Home—a live-in laboratory where students conduct long-term experiments in sustainability. Chen says the gardens there might help him pursue a developing plan for in-ground, low-power sensor networks for smart agriculture and farming applications. He’s also eager to work with the Duke Office of Information Technology on various wireless and optical systems.

“Duke has one of the largest campus networks in the United States,” said Chen. “I’d be very excited to work with OIT to actually bring some of the emerging wireless technologies I’m working on to Duke’s campus network.”

Once on campus, Chen won’t have any trouble getting around, seeing as his sneaker collection features more than 60 Air Jordans. A big fan of the North Carolina legend, as well as recent Duke star Zion Williamson, Chen is looking forward to walking the storied halls of Cameron Indoor Stadium and watching some marquee basketball matchups on campus.

“I just defended my PhD dissertation, and I’m about to start my postdoc position working with Professors Leandros Tassiulas and Lin Zhong at Yale,” said Chen. “I hope to branch out my research portfolio a little bit in the time I have before I arrive at Duke. For example I’m learning how quantum computers are controlled by microwave signals. That way, when I arrive I will have more ideas on my research and who I can seek out for new collaborations.”