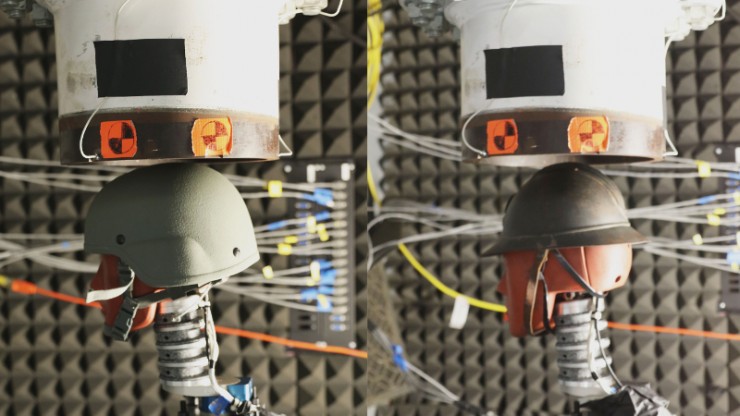 Biomedical engineers from Duke University have demonstrated that, despite significant advancements in protection from ballistics and blunt impacts, modern military helmets are no better at protecting the brain from shock waves created by nearby blasts than their World War I counterparts. And one model in particular, the French Adrian helmet, actually performed better than modern designs in protecting from overhead blasts.

The research could help improve the blast protection of future helmets through choosing different materials, layering multiple materials of different acoustic impedance, or altering their geometry.

The results appeared online on February 13 in the journal PLOS ONE.

“While we found that all helmets provided a substantial amount of protection against blast, we were surprised to find that the 100-year-old helmets performed just as well as modern ones,” said Joost Op ‘t Eynde, a biomedical engineering PhD student at Duke and first author of the study. “Indeed, some historical helmets performed better in some respects.”

Researchers have only recently begun to study the brain damage a shock wave can cause on its own — and for good reason. Helmets were originally designed to protect from penetrating objects like bullets and shrapnel, and blast waves will kill through pulmonary trauma long before they cause even minor brain damage.

With the advent of body armor, however, soldiers’ lungs are much more protected from such blasts than they used to be. This has caused the incidence of pulmonary trauma following a blast to drop far below that of brain or spine injuries in modern military conflicts, despite the difference in blast tolerance.

While there have been studies that suggest modern helmets provide a degree of protection from shock waves, no currently deployed helmet has been specifically designed for blast protection. And because soldiers today experiencing shock waves while wearing body armor aren’t all that different from soldiers 100 years ago experiencing shock waves while in the trenches, Op ‘t Eynde decided to see if those old designs offered any lessons to be learned.

“This study is, to the best of our knowledge, the first to assess the protective capabilities of these historical combat helmets against blasts,” said Op ‘t Eynde.

The researchers took turns placing different helmets on a dummy’s head outfitted with pressure sensors at various locations. They then placed the head directly underneath a shock tube, which was pressurized with helium until a membrane wall burst, releasing the gas in a shock wave. The helmets were tested with shock waves of varying strength, each corresponding to a different type of German artillery shell exploding from a distance of one to five meters away.

The amount of pressure experienced at the crown of the head was then compared to brain injury risk charts created in previous studies. While all helmets provided a five-to-tenfold reduction in risk for moderate brain bleeding, the risk for someone wearing a circa-1915 French “Adrian” helmet was less than for any of the other helmets tested, including the modern advanced combat helmet.

“The result is intriguing because the French helmet was manufactured using similar materials as its German and British counterparts, and even had a thinner wall,” said Op ‘t Eynde. “The main difference is that the French helmet had a crest on top of its crown. While it was designed to deflect shrapnel, this feature might also be deflecting shock waves.” 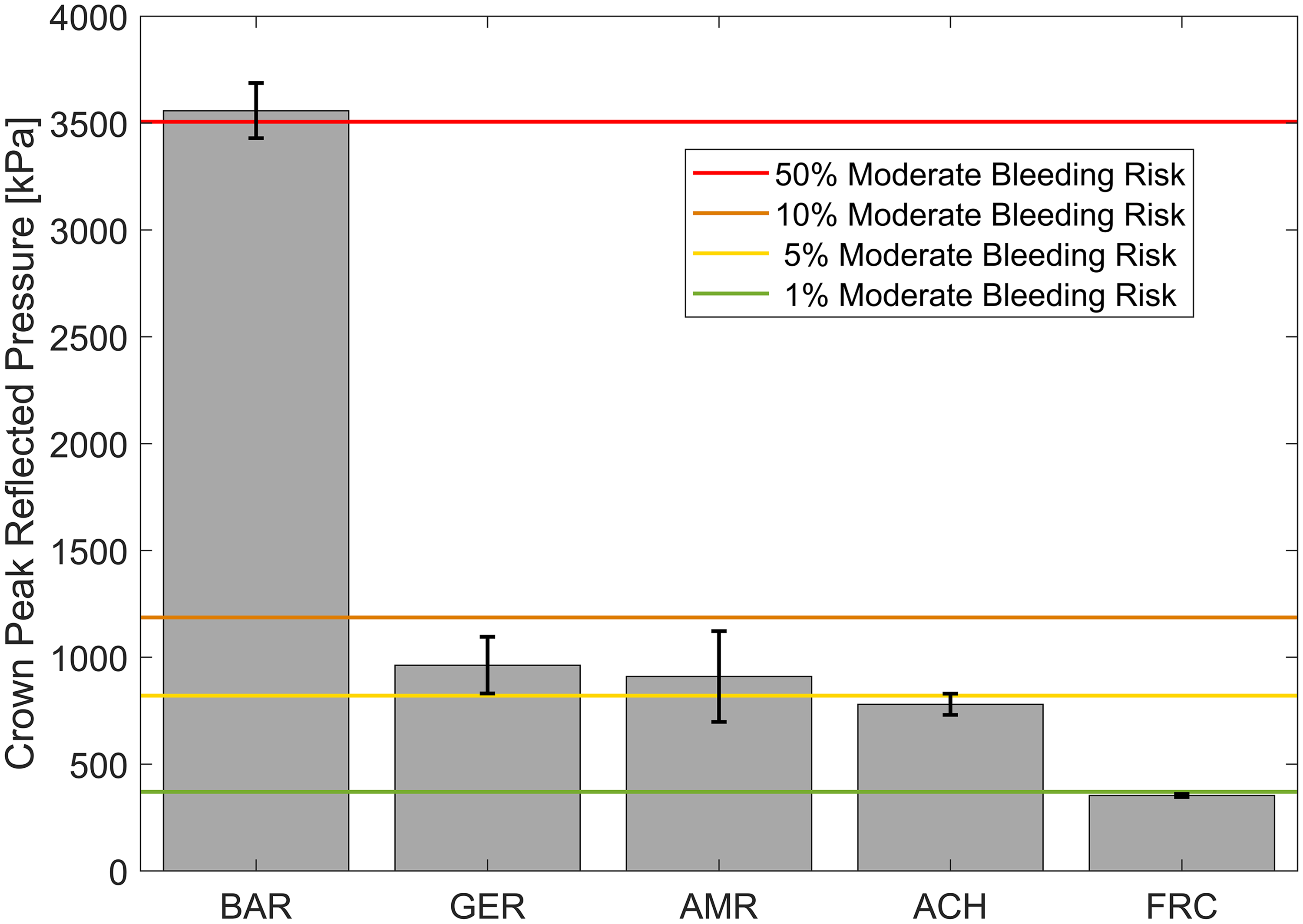 It also might be that, because the pressure sensor was mounted directly under the crest, the crest provided an additional first layer for reflecting the shock wave. And the French helmet did not show the same advantage in pressure sensors at any other location. For locations such as the ears, performance seemed to be dictated by the width of the helmet’s brim and just how much of the head it actually covered.

But no matter which helmet was tested, the results clearly indicated that helmets might play an especially important role in protecting against mild blast-induced brain trauma. According to the researchers, this finding alone shows the importance of continuing this type of research to design helmets that can better absorb shock waves from nearby overhead explosions.

“The difference a simple crest or a wider brim can make in blast protection, shows just how important this line of research could be,” said Op ‘t Eynde, who initially came to Duke on a scholarship from the Belgian American Educational Foundation, which was established with funds from American relief efforts in Belgium during World War I. “With all of the modern materials and manufacturing capabilities we possess today, we should be able to make improvements in helmet design that protects from blast waves better than helmets today or 100 years ago.”