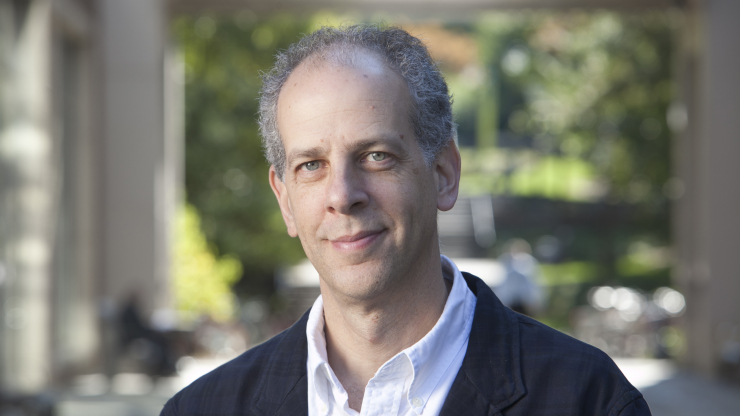 Guillermo Sapiro, the James B. Duke Distinguished Professor of Electrical and Computer Engineering at Duke University, has been named a member of the National Academy of Engineering (NAE)—among the highest professional distinctions for an engineer.

Sapiro was cited “for contributions to the theory and practice of imaging,” which have had significant effects on fields as diverse as image recognition and stock market prediction.

“Guillermo has long been working at the forefront of the imaging and machine learning fields—a true pioneer sparking innovation in both fields, leading to their intertwining over time,” said Jerome P. Lynch, the Vinik Dean of the Pratt School of Engineering at Duke. “Many of the projects he has developed, such as his ongoing work to create an app to help detect signs of autism in early childhood, are inspiring examples of the positive impact engineering has on real people. Duke is extremely proud of Guillermo because his nomination to the NAE celebrates the importance of engineering innovation in bettering the human condition, a core mission of our school and university.”

“I am honored and humbled by being in the NAE with some of my heroes, and I am looking forward to making them proud.”

He is part of the 2022 class of 111 new NAE members and 22 international members announced by the academy. Sapiro’s election increases the number of faculty members at Duke Engineering to hold the distinction to 10.

“This is a recognition not to me but my mentors, students and collaborators,” Sapiro said. “I am honored and humbled by being in the NAE with some of my heroes, and I am looking forward to making them proud.”

His transformative research has focused on developing and applying new computer science and engineering tools to improve a wide range of imaging applications.

In 2009, Sapiro published a paper that was the first to propose a general-purpose, highly effective “dictionary learning” algorithm efficient enough to train itself on truly massive data sources without getting bogged down. This innovation led to a wide range of machine learning algorithms and set the stage for developing more complex machine learning concepts, such as deep learning.

His work has since progressed in the realms of general computer imaging theory and practical applications of its use, which have resulted in high-impact industry collaborations.

As one example, he designed algorithms capable of sharpening video blurred by a shaky camera. That work found its way into Adobe’s After Effects video editing software, used to create Hollywood movies.

He also led work in collaboration with Volvo Cars to adapt short-range LiDAR (light detection and ranging) imaging algorithms to work for long-range detection schemes. These are much more difficult to achieve with the technology. Notably, his algorithms were used as part of a mission to Mars.

Another notable collaboration evolved with colleagues at the Duke University School of Medicine—a mobile application to screen for autism in young children. The project, which has been under development for nearly a decade, has led to new insights about autism spectrum disorder (ASD) and has the potential to transform how child development is screened and monitored.

With Guillermo Sapiro’s election, the number of Duke Engineering faculty members of the National Academy of Engineering increased to 10.

“A distinctive theme of faculty research at Duke ECE is that it is actively and energetically interdisciplinary—of which Guillermo’s research collaborations within our department, across Duke, and with innovators around the world are shining examples,” said Krishnendu Chakrabarty, chair of Duke ECE and the John Cocke Professor of Electrical and Computer Engineering. “This is a great day for our colleague Guillermo and for the entire Duke ECE community of faculty, staff, students, alumni and friends.”

Sapiro’s other honors include election to the American Academy of Arts and Sciences in 2018.

He is also a fellow of the Institute of Electrical and Electronics Engineers (IEEE) and the Society for Industrial and Applied Mathematics (SIAM). Sapiro was the founding editor-in-chief of the SIAM Journal on Imaging Sciences. Sapiro is also affiliated with Apple in its AI/machine learning organization.

As a member of NAE, Sapiro will help the academy carry out its mission to provide engineering leadership in service to the nation. With 2,500 peer-elected members and international members, the academy serves as an advisor to the United States government and conducts independent studies examining important engineering and technology topics.

Other Pratt School of Engineering faculty members of the NAE are:

An App for Autism Screening