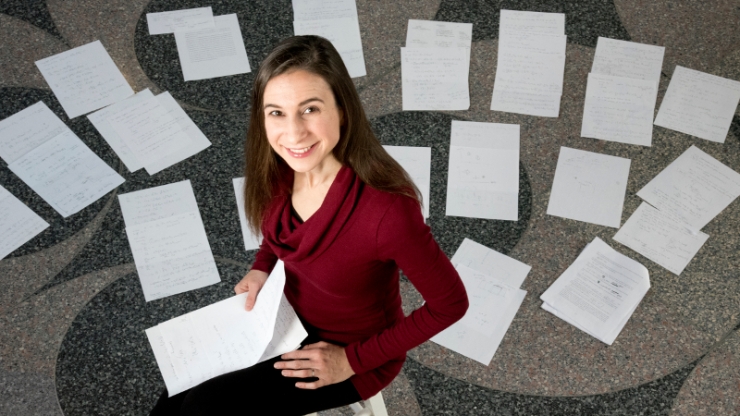 While many scholars in the developing field of machine learning were focused on improving algorithms, Rudin instead wanted to use AI’s power to help society. She chose to pursue opportunities to apply machine learning techniques to important societal problems, and in the process, realized that AI’s potential is best unlocked when humans can peer inside and understand what it is doing.

Now, after 15 years of advocating for and developing “interpretable” machine learning algorithms that allow humans to see inside AI, Rudin’s contributions to the field have earned her the $1 million Squirrel AI Award for Artificial Intelligence for the Benefit of Humanity from the Association for the Advancement of Artificial Intelligence (AAAI). Founded in 1979, AAAI serves as the prominent international scientific society serving AI researchers, practitioners and educators.

“Only world-renowned recognitions, such as the Nobel Prize and the A.M. Turing Award from the Association of Computing Machinery, carry monetary rewards at the million-dollar level. Professor Rudin's work highlights the importance of transparency for AI systems in high-risk domains.  Her courage in tackling controversial issues calls out the importance of research to address critical challenges in responsible and ethical use of AI."

Rudin, a professor of computer science and of electrical and computer engineering at Duke, is the second recipient of the new annual award, funded by the online education company Squirrel AI to recognize achievements in artificial intelligence in a manner comparable to top prizes in more traditional fields.

She is being cited for “pioneering scientific work in the area of interpretable and transparent AI systems in real-world deployments, the advocacy for these features in highly sensitive areas such as social justice and medical diagnosis, and serving as a role model for researchers and practitioners.”

“Only world-renowned recognitions, such as the Nobel Prize and the A.M. Turing Award from the Association of Computing Machinery, carry monetary rewards at the million-dollar level,” said AAAI awards committee chair and past president Yolanda Gil. “Professor Rudin's work highlights the importance of transparency for AI systems in high-risk domains.  Her courage in tackling controversial issues calls out the importance of research to address critical challenges in responsible and ethical use of AI."

Rudin’s first applied project was a collaboration with Con Edison, the energy company responsible for powering New York City. Her assignment was to use machine learning to predict which manholes were at risk of exploding due to degrading and overloaded electrical circuitry. But she soon discovered that no matter how many newly published academic bells and whistles she added to her code, it struggled to meaningfully improve performance when confronted by the challenges posed by working with handwritten notes from dispatchers and accounting records from the time of Thomas Edison.

“We were getting more accuracy from simple classical statistics techniques and a better understanding of the data as we continued to work with it,” Rudin said. “If we could understand what information the predictive models were using, we could ask the Con Edison engineers for useful feedback that improved our whole process. It was the interpretability in the process that helped improve accuracy in our predictions, not any bigger or fancier machine learning model. That’s what I decided to work on, and it is the foundation upon which my lab is built.”

Over the next decade, Rudin developed techniques for interpretable machine learning, which are predictive models that explain themselves in ways that humans can understand. While the code for designing these formulas is complex and sophisticated, the formulas might be small enough to be written in a few lines on an index card.

Rudin has applied her brand of interpretable machine learning to numerous impactful projects. With collaborators Brandon Westover and Aaron Struck at Massachusetts General Hospital, and her former student Berk Ustun, she designed a simple point-based system that can predict which patients are most at risk of having destructive seizures after a stroke or other brain injury. And with her former MIT student Tong Wang and the Cambridge Police Department, she developed a model that helps discover commonalities between crimes to determine whether they might be part of a series committed by the same criminals. That open-source program eventually became the basis of the New York Police Department’s Patternizr algorithm, a powerful piece of code that determines whether a new crime committed in the city is related to past crimes.

“Cynthia’s commitment to solving important real-world problems, desire to work closely with domain experts, and ability to distill and explain complex models is unparalleled,” said Daniel Wagner, deputy superintendent of the Cambridge Police Department. “Her research resulted in significant contributions to the field of crime analysis and policing. More impressively, she is a strong critic of potentially unjust ‘black box’ models in criminal justice and other high-stakes fields, and an intense advocate for transparent interpretable models where accurate, just and bias-free results are essential.”

Black box models are the opposite of Rudin’s transparent codes. The methods applied in these AI algorithms make it impossible for humans to understand what factors the models depend on, which data the models are focusing on and how they’re using it. While this may not be a problem for trivial tasks such as distinguishing a dog from a cat, it could be a huge problem for high-stakes decisions that change people’s lives.

“Cynthia’s commitment to solving important real-world problems, desire to work closely with domain experts, and ability to distill and explain complex models is unparalleled. Her research resulted in significant contributions to the field of crime analysis and policing. More impressively, she is a strong critic of potentially unjust ‘black box’ models in criminal justice and other high-stakes fields, and an intense advocate for transparent interpretable models where accurate, just and bias-free results are essential.”

“Cynthia is changing the landscape of how AI is used in societal applications by redirecting efforts away from black box models and toward interpretable models by showing that the conventional wisdom—that black boxes are typically more accurate—is very often false,” said Jun Yang, chair of the computer science department at Duke. “This makes it harder to justify subjecting individuals (such as defendants) to black-box models in high-stakes situations. The interpretability of Cynthia's models has been crucial in getting them adopted in practice, since they enable human decision-makers, rather than replace them.”

One impactful example involves COMPAS—an AI algorithm used across multiple states to make bail parole decisions that was accused by a ProPublica investigation of partially using race as a factor in its calculations. The accusation is difficult to prove, however, as the details of the algorithm are proprietary information, and some important aspects of the analysis by ProPublica are questionable. Rudin's team has demonstrated that a simple interpretable model that reveals exactly which factors it’s taking into consideration is just as good at predicting whether or not a person will commit another crime. This begs the question, Rudin says, as to why black box models need to be used at all for these types of high-stakes decisions.

"We've been systematically showing that for high-stakes applications, there's no loss in accuracy to gain interpretability, as long as we optimize our models carefully,” Rudin said. “We've seen this for criminal justice decisions, numerous healthcare decisions including medical imaging, power grid maintenance decisions, financial loan decisions and more. Knowing that this is possible changes the way we think about AI as incapable of explaining itself."

Throughout her career, Rudin has not only been creating these interpretable AI models, but developing and publishing techniques to help others do the same. That hasn’t always been easy. When she first began publishing her work, the terms “data science” and "interpretable machine learning" did not exist, and there were no categories into which her research fit neatly, which means that editors and reviewers didn't know what to do with it. Cynthia found that if a paper wasn’t proving theorems and claiming its algorithms to be more accurate, it was—and often still is—more difficult to publish.

“I have had enormous admiration for Cynthia from very early on, for her spirit of independence, her determination, and her relentless pursuit of true understanding of anything new she encountered in classes and papers. Even as a graduate student, she was a community builder, standing up for others in her cohort.”

As Rudin continues to help people and publish her interpretable designs—and as more concerns continue to crop up with black box code—her influence is finally beginning to turn the ship. There are now entire categories in machine learning journals and conferences devoted to interpretable and applied work. Other colleagues in the field and their collaborators are vocalizing how important interpretability is for designing trustworthy AI systems.

“I have had enormous admiration for Cynthia from very early on, for her spirit of independence, her determination, and her relentless pursuit of true understanding of anything new she encountered in classes and papers,” said Ingrid Daubechies, the James B. Duke Distinguished Professor of Mathematics and Electrical and Computer Engineering, one of the world’s preeminent researchers in signal processing, and one of Rudin’s PhD advisors at Princeton University. “Even as a graduate student, she was a community builder, standing up for others in her cohort. She got me into machine learning, as it was not an area in which I had any expertise at all before she gently but very persistently nudged me into it. I am so very glad for this wonderful and very deserved recognition for her!”

“I could not be more thrilled to see Cynthia’s work honored in this way,” added Rudin’s second PhD advisor, Microsoft Research partner Robert Schapire, whose work on “boosting” helped lay the foundations for modern machine learning. “For her inspiring and insightful research, her independent thinking that has led her in directions very different from the mainstream, and for her longstanding attention to issues and problems of practical, societal importance.”

Rudin earned undergraduate degrees in mathematical physics and music theory from the University at Buffalo before completing her PhD in applied and computational mathematics at Princeton. She then worked as a National Science Foundation postdoctoral research fellow at New York University, and as an associate research scientist at Columbia University. She became an associate professor of statistics at the Massachusetts Institute of Technology before joining Duke’s faculty in 2017, where she holds appointments in computer science, electrical and computer engineering, biostatistics and bioinformatics, and statistical science.

She is a three-time recipient of the INFORMS Innovative Applications in Analytics Award, which recognizes creative and unique applications of analytical techniques, and is a Fellow of the American Statistical Association and the Institute of Mathematical Statistics.

“I want to thank AAAI and Squirrel AI for creating this award that I know will be a game-changer for the field,” Rudin said. “To have a ‘Nobel Prize’ for AI to help society makes it finally clear without a doubt that this topic—AI work for the benefit for society—is actually important.”