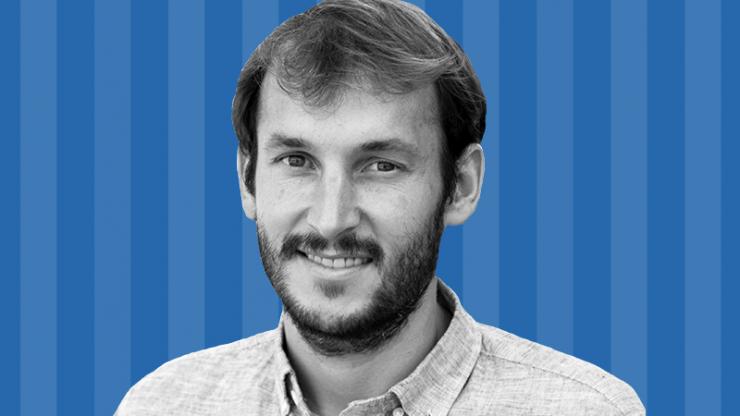 Today, researchers use a variety of imaging techniques to visualize and analyze biological systems, but there are limits to how much these tools can see. Many optical tools still capture lower resolution images, limited fields-of-view and slow video frame rates, all of which impact image clarity.

“These limits are felt across many areas of study, from the pathologist who cannot yet measure the fast dynamics of cells to neuroscientists who can only use light to monitor neural activity along the top surface of the brain,” says Horstmeyer. “In my research, I hope to address these shortcomings by creating new imaging technology to help uncover new information about how biological systems work.”

Currently, Horstmeyer is an Einstein International Postdoctoral Fellow with the Judkewitz lab at Charitè Medical School in Berlin, where he is working with neuroscientists to help improve their ability to optically measure the behavior and neural activity of living organisms. He’s already drawing recognition for his novel optical research.

In July, Horstmeyer was presented with the Young Researcher Award from the Erlangen Graduate School in Advanced Optical Technologies. As the 10th recipient of the award, he will serve as a guest professor at Friedrich Alexander University and will also perform research at the Max Planck Institute for the Science of Light in Erlangen, Germany.

When he assumes the guest role during the first months of 2018, Horstmeyer plans to pursue two different collaborative projects. The first involves building a new type of microscope that can capture gigapixel-sized images and simultaneously classify what is present within the images. Ultimately, Horstmeyer says, this device would be useful for quickly and efficiently diagnosing diseases that can be identified within the bloodstream or in small tissue sections, such as malaria, tuberculosis or even certain intestinal parasites.

Through his second project, Horstmeyer will learn about how new techniques to record high resolution movies at over one million frames-per-second can be applied to neuroscience. Because these movies provide researchers with a high resolution in both space and time, researchers will be better equipped to measure fast events––a useful ability when studying neurons, each of which can fire 200 times per second.

“Neurons send very fast electrical signals to one another, so many events of interest in neuroscience happen very quickly inside––or at the interface––of neurons, and a large amount of work in neuroscience is devoted to measuring these fast events,” says Horstmeyer. “We believe that recording high-resolution movies of neuronal dynamics can hopefully offer some new insights into what is happening inside each neuronal cell body, as well as its associated axon and dendrites, as they send and receive signals.”

“There seems to be the perfect mix of biological and optical research going on at Duke, and I look forward to collaborating with several different research groups in the area,” says Horstmeyer. “With the Duke hospital just a few steps away, I am also very excited to try and translate some of the progress that we make into practically useful optical devices for both patients and doctors.”

Beyond conducting his own research, Horstmeyer is also looking forward to working with faculty members and students to pursue new projects.

“We are seeing big advances coming out in the fields of computer vision, machine learning and sensor technology, and we frequently see new discoveries in the fields of neuroscience, genetics and cell biology, in part because of recent advances in optical technologies and data post-processing,” says Horstmeyer. “I’m eager to teach the upcoming generation of engineers about these new discoveries, and I’m eager to work with students who are interested in optics and biology to help them make discoveries of their own.”