Scientists have deciphered the genetic code that instructs proteins to either self-assemble or disassemble in response to environmental stimuli, such as changes in temperature, salinity or acidity. The discovery provides a new platform for drug delivery systems and an entirely different view of cellular functions.

The advance was made by researchers at Duke University and is the first time that scientists have reported the ability to create biological structures that are readily programmed to assemble and disassemble. With this knowledge in hand, researchers have opened a new world for designer proteins and investigations into nanotechnology, biotechnology and medical treatments. 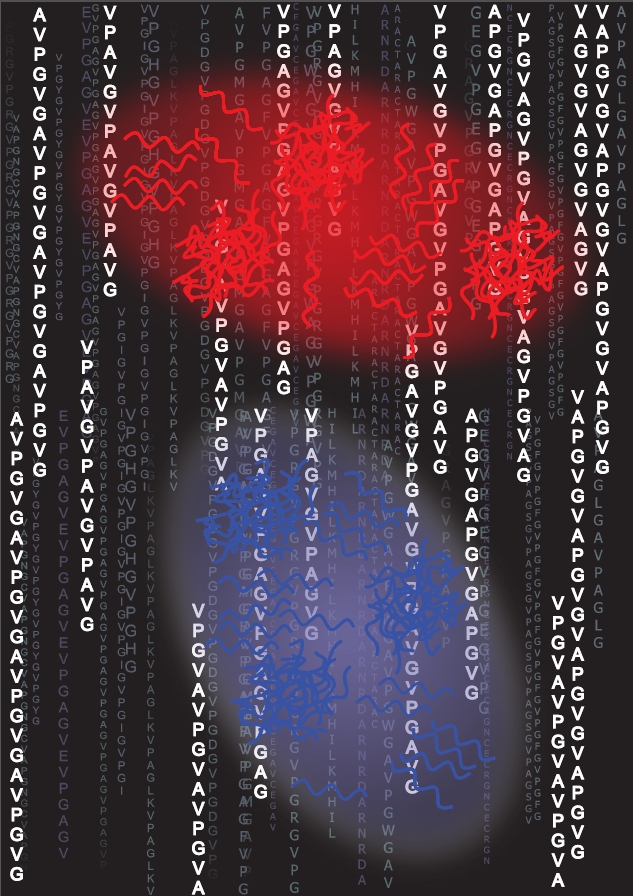 “The very simple design rules that we have discovered provide a powerful engineering tool for many biomedical and biotechnology applications,” said Ashutosh Chilkoti, chair of the Department of Biomedical Engineering at Duke. “We can now, with a flick of a switch and a temperature jump, make a huge range of biological molecules that either assemble or disassemble.”

The study investigated several triggers that can cause protein structures to assemble or break apart, but it primarily focused on heat. Protein-based structures that self-assemble when heated and remain stable inside of the bloodstream have long been used in a variety of applications. The opposite behavior, however, has long eluded researchers, especially outside of the carefully controlled environment of a chemistry lab.

“Nobody has been able to make these kinds of materials with the degree of complexity that we have now demonstrated,” said Felipe Garcia Quiroz, a former graduate student in Chilkoti’s laboratory and first author of the new study.

Chilkoti’s lab has designed self-assembling proteins for drug delivery systems for several years. Simply by adding heat, these new packing materials put themselves together and help control where and when drugs are released inside the body through non-temperature-related mechanisms such as changes in acidity levels.

With the new discovery, however, drugs could be encapsulated in protein cages that accumulate inside of a tumor and dissolve once heated. Not only would this provide a more accurate way of delivering drugs, but the cages themselves could be used therapeutically.

“These packaging systems have always been inert, but now we can make these materials from bioactive components,” said Quiroz. “Once the cages get there and deliver their cargo, they could break down into additional therapeutic agents. We can now design two things into one.”

The research also provides new insights into the everyday functions of cells. Because the laboratory identified the genetic sequences that encode this behavior, they were able to point out a long list of human proteins that likely exhibit it.

“This paper shows the incredible richness of peptide sequences that already have this very simple switch,” said Chilkoti.

Why they assemble and what function it serves, however, remains an open question.

“These findings will be exciting to both the materials science and the biochemistry communities,” said Quiroz. “They’ll be able to push the limits of what we know about these kinds of materials and then go back to explore how biology is already making use of them.”

This work was funded by the National Institutes of Health (GM061232) and the National Science Foundation, through the Research Triangle MRSEC (DMR-11-21107).