Olivier Delaire: Designing Thermoelectric Materials One Atom at a Time

Olivier Delaire, a scientist probing the atomic phenomena underlying the physical characteristics of materials, will join Duke University’s faculty in January 2016. After seven years at Oak Ridge National Laboratory (ORNL), the Tennessee-based research campus of the U.S. Department of Energy, Delaire will move his research enterprise to the Mechanical Engineering and Materials Science Department in Duke’s Pratt School of Engineering. 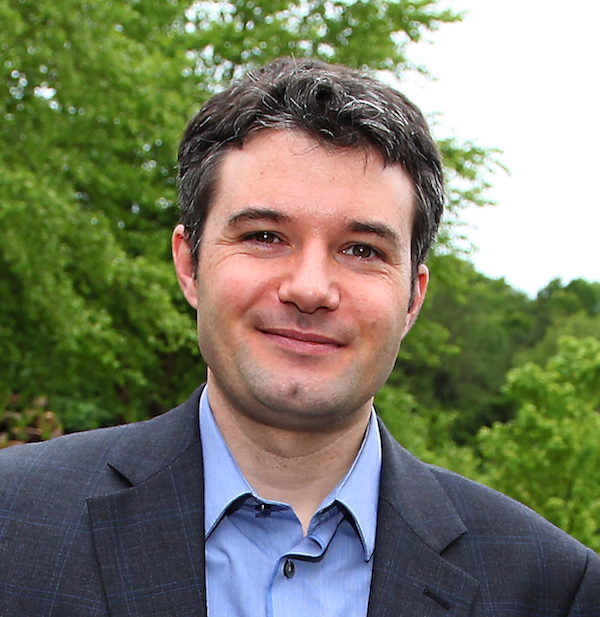 Delaire will be the first Pratt faculty member to split time between Duke and ORNL. He joins three other joint faculty appointments at Duke—two in environmental sciences and one in computational sciences—in an effort to build collaborations between the two institutions just a five-hour drive apart.

“Oak Ridge National Laboratory recognizes that strategic partnership with top  universities such as Duke is crucial to fulfilling the nation’s research mission and training the scientific work force of the future,” said Ian Anderson, ORNL director of Graduate Education and University Partnerships. “We expect these collaborations to lead to more joint faculty appointments like Olivier and an opportunity for Duke graduate students to engage in leading edge research at ORNL.”

“I’m a big user of the facilities at Oak Ridge and will continue to be, so it makes sense for me to share my time,” said Delaire. “For people at Duke, it’s a very good opportunity to leverage the investments that have been made at Oak Ridge in terms of the scientific facilities. And it’s also a win-win for Oak Ridge, because they need more of the great students from Duke to help move their research forward.”

Delaire’s research involves bombarding materials with beams of neutrons to probe their atomic structures. By analyzing how neutrons interact with a material on an atomic scale, researchers can learn about its atomic structures, bonds, movements and vibrations, and how they give rise to desirable properties.

One such class of materials that Delaire has been heavily involved with is thermoelectric materials. When there is a large temperature difference between one side of these materials and the other, it produces electricity that can be used in a variety of applications. It’s a phenomenon that several companies in the Research Triangle Park are trying to integrate into new products, which is one of the reasons Delaire is excited about his new position in Durham.

For example, a device could be made that capitalizes on the temperature difference between a car’s exhaust pipe and the surrounding air that could power the car’s electronics. And NASA has been using the technology for decades—thermoelectric systems are currently powering the Curiosity Mars Rover and the Voyager Probe that is now pushing past the outer limits of our solar system.

“The concept of thermal conductivity is something that we’re all well aware of; you know you don’t make the handle of your pan out of copper or else you’ll burn yourself,” said Delaire. “We know that some materials have high thermal conductivities and others much lower, and we can measure it in the lab fairly easily. And yet we don’t understand very well at all why a certain arrangement of atoms inside a material leads to a low or high thermal conductivity.”

Adding to Delaire’s experimental efforts, his group also uses supercomputers to simulate the atomic structures and chemical bonds of materials. By continually building better models of materials and testing their accuracy against experimental data, Delaire tries to predict the properties of materials yet to be discovered.

“My group will really focus on understanding how these fundamental processes work,” said Delaire. “We want to push our knowledge and boil it down to recipes that can then be folded into the design of new materials.”