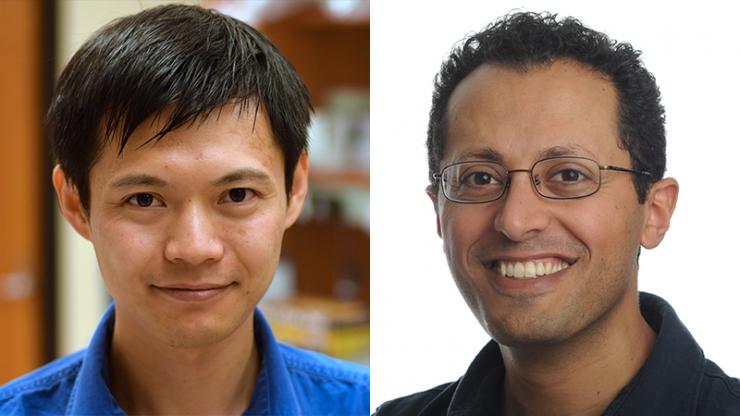 The program catalyzes scientific discovery by supporting exciting, high-risk research proposals that may struggle in the traditional peer review process despite their transformative potential. Program applicants are encouraged to think outside the box and to pursue creative, trailblazing ideas in any area of research relevant to the NIH mission.

“This program supports exceptionally innovative researchers who have the potential to transform the biomedical field,” said NIH Director Francis S. Collins, M.D., Ph.D. “I am confident this new cohort will revolutionize our approaches to biomedical research through their groundbreaking work.”

The Duke proposals both center on investigating activities of specific types of neurons using unique technology developed by each scientist.

For Yiyang Gong, assistant professor of biomedical engineering at Duke, that technology is a protein sensor that flashes when a neuron fires. These sensors are incredibly fast, capable of recording certain types of waveforms and single action potentials that elude other technologies.

With his new five-year, $2.4 million award, Gong will use this platform to monitor the collective activities of hundreds to thousands of neurons simultaneously rather than the minute workings of only a few. By genetically targeting different types of neurons with his sensor, Gong plans to investigate how these cell types oscillate together and contribute to various types of brainwaves. These insights could help reveal the neural origin of phenomena such as learning, remembering and decision-making.

For Michael Tadross, assistant professor of biomedical engineering at Duke, genetically targeting individual cell types in the brain has long been a hallmark of his research enterprise. His novel technology, dubbed DART (Drugs Acutely Restricted by Tethering), allows researchers to deliver pharmaceuticals to specific cell types.

The technology works by genetically programming a specific cell type to express a sort of GPS beacon, which is inert and does nothing more than attract drugs loaded with a special homing device. This allows Tadross to deliver drugs at concentrations that do not affect any cells other than those tagged with the GPS beacon, where it accumulates at levels 1,000 times higher than anywhere else.

In his new five-year, $2.4 million award, Tadross will use this technology to investigate the molecular underpinnings of addiction at a level never before possible. The DART system will deliver drugs targeted at excitatory and inhibitory receptors on dopaminergic neurons in mice in an attempt to gain a clearer picture of their roles in addiction and recovery.

As NIH Director’s New Innovator Awards, both grants are meant to support unusually innovative research from early career investigators who are within 10 years of their final degree or clinical residency and have not yet received a research project grant or equivalent NIH grant.