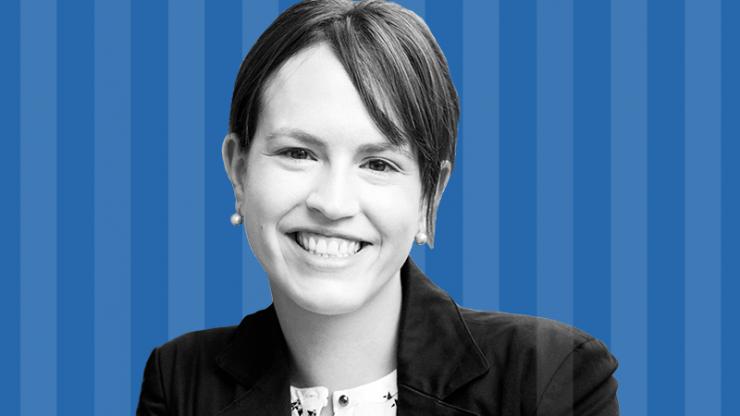 Leila Bridgeman will join the faculty of the Department of Mechanical Engineering and Materials Science at Duke University beginning in January 2018. An expert in control systems theory, Bridgeman will explore new insights into old ideas while applying them to robots and autonomous vehicles in the Duke Robotics group.

While it is intuitive that any machine making decisions on its own must have programming that controls its actions, the theory that goes into that programming is rarely straightforward. Knowing which aspects of a system’s current condition are needed to keep it operating smoothly and how often they must be checked requires careful thought and calculation.

Control systems are important to a variety of fields, including autonomous vehicles, heating and cooling systems, chemical factories and fluid systems. Even designing and maintaining a regimen of antibiotics to combat an infection can be thought of in terms of control theory.

Bridgeman describes herself as a control theorist who does robotics. For a robot’s arm to perform a certain task, it must know how much torque to apply and how much electrical current that force will require.

“You might think that a good control engineer is primarily worried with suppressing vibrations or not overshooting its target,” said Bridgeman, who came to Duke after finishing her doctoral degree at McGill University in Montreal. “But the first goal is to not destroy the system, especially in the face of uncertainty.”

Designing such control systems requires a lot of mathematics—specifically differential equations—to determine what inputs and feedback are needed. One type of an especially difficult scenario is called open-loop unstable systems, where the system being controlled gets further and further away from its goal when nudged off course. Much of the theory in use today is not applicable to such situations.

“Duke Engineering really seems to do a lot to support their young faculty,” said Bridgeman. “I have also seen a real desire to encourage the recruitment of underrepresented groups, which made me feel like I could flourish here."

“But there’s a wealth of theory dating back 50 or 60 years that could potentially be exploited to expand our existing toolbox,” said Bridgeman. “Even for systems that are currently understood and work well, if we’re only using a sliver of the theory available to us, we’re probably not doing as good of a job as we possibly can.”

One example of control theory that Bridgeman works with is called model predictive control. These systems attempt to take into account the limits on the inputs that can be applied to the system—there is only so much power an engine can provide a car. The controller takes into account where a system is, determines the best sequence of actions to get to where it’s supposed to be, takes the first step, and then repeats the process while predicting a little further into the future.

Another example of control theory attempts to deal with discontinuity in a system. For example, there’s a distinct difference in how your arm behaves with an empty hand versus one holding full mug of scalding hot coffee, and there’s but an instant in time separating the two situations. Designing control systems that can deal with such sudden discontinuities is challenging.

And for any control system Bridgeman designs, there is always the question of speed and efficiency. Software that finishes its computations for what a car needs to do to avoid an accident a split second after the impact occurs is of little use.

Having completed her PhD in mechanical engineering in 2016, Bridgeman has spent the past year at Duke in a postdoctoral role. Taking advice from her mentor at McGill University, the short stint before beginning her tenure-track faculty position will give her time to develop extensions of her doctoral research and help ease her transition.

Duke’s willingness to work with Bridgeman on her timeline was one of the reasons she chose the university to continue her career.

“Duke Engineering really seems to do a lot to support their young faculty,” said Bridgeman. “I have also seen a real desire to encourage the recruitment of underrepresented groups, which made me feel like I could flourish here.

“I have a lot of research interests that are distinct from others at Duke, which makes me feel like I can make a real contribution to the department,” continued Bridgeman. “And with so many professors having joint appointments in different departments, I know I won’t work in a silo and will be able to pursue a broad range of projects.”