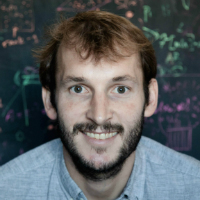 Roarke Horstmeyer will join Duke University on July 1, 2018, as an assistant professor of biomedical engineering. Dr. Horstmeyer is interested in exploring new ways to capture and process biomedical images. He develops microscopes, cameras and computer algorithms for a wide range of applications, from forming 3D reconstructions of organisms to detecting neurons deep within tissue. His work lies at the intersection of optics, biology, signal processing and optimization.

A doctoral graduate of Caltech’s electrical engineering department, Dr. Horstmeyer is currently an Einstein International Postdoctoral Fellow with the Judkewitz lab at Charitè Medical School in Berlin, where he is working to apply digital optical phase conjugation in neuroscience.  He earned a master of science from the MIT Media Lab and bachelor’s degrees in Physics and Japanese from Duke University. See his full profile here

Michael Rubinstein will join the faculty of Duke University’s Department of Mechanical Engineering and Materials Science (MEMS) beginning January 1, 2018, with joint appointments in the Departments of Biomedical Engineering, Chemistry and Physics. An internationally recognized expert in the fields of polymer theory and computer simulations, Rubinstein will contribute to the growing interdisciplinary focus on collaborative polymer and soft-matter research across Duke.

Throughout his career, Rubinstein has used his experience with polymers and soft matter to begin new partnerships and advance unique collaborations, both with faculty at his own university and with research groups around the globe.

Now, as he begins a new chapter at Duke, Rubinstein––who has also been named a MEDx investigator in recognition of his work spanning engineering and medicine–– hopes to continue to use his research and multiple appointments to advance collaborative efforts with faculty throughout the university. Read Rubinstein's full profile here 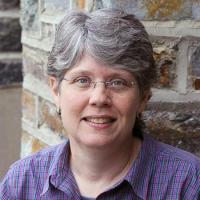 As a faculty member at Duke, Ann Saterbak is the director of the new Duke Engineering First-Year Experience. The award-winning engineering education expert arrived on campus in the spring of 2017 and began the new program with a pilot course for 50 first-year students during the fall semester. Saterback received Theo C. Pilkington Outstanding Educator Award from the American Society for Engineering Education-Biomedical Engineering Division for her significant contributions to innovations in BME education, and the new design program aligns with her goals to broaden students’ problem solving skills and design thinking.

“There’s a real opportunity at Duke to affect engineering on a wide scale with a first-year experience applicable to all engineering students,” said Saterbak, who comes to Duke from Rice University, where she was associate dean for engineering education and led efforts to infuse hands-on opportunities and design thinking into the undergraduate program. Read more about Saterbak's re-design of the new cirriculum here

Tatiana Segura will join the Department of Biomedical Engineering at Duke University’s Pratt School of Engineering with joint appointments in dermatology and neurology in Duke’s School of Medicine beginning March 1, 2018. By engineering hydrogel biomaterials that support and promote cell growth, Segura seeks to unlock the body’s innate ability to repair damaged or diseased tissue—adding to an expanding core of soft-matter engineering expertise at Duke.

Segura says she is also excited to work with both graduate and undergraduate students at Duke. For most of her career, she has filled her laboratory exclusively with students, only recently hiring postdocs to expand the expertise and mentorship available to her researchers in training.

“When students first start out they’re young and excited. They think everything is just about the coolest thing they’ve ever seen,” said Segura, who also runs a summer research program for underrepresented minority students in her laboratory. “That eagerness helps them come up with ideas that I never would have thought of and helps keep me energized. I’m excited to work with the different students Duke has to offer and see what we can achieve together.” Read her full profile here 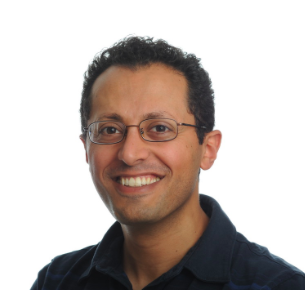 Michael Tadross joined the BME department at Duke in July of 2017. Developer of a potentially revolutionary technology that can precisely deliver drugs to any specific cell type, Tadross will use his breakthrough to better understand how pharmaceuticals affect the human brain.

In the past decade, a new technique called optogenetics—genetically programming cells to respond to light—has revolutionized how neural circuits are examined. In numerous studies, neurobiologists have used optogenetics to cause a precise group of neurons to fire or remain silent in an attempt to understand their roles in the greater network.

But according to Tadross, much more needs to be done. Though revolutionary, optogenetics has only scratched the surface of how neurons work. From the standpoint of the cells being manipulated, optogenetics can be thought of as a first-pass binary manipulation—a sledgehammer that completely silences or activates cells. But drugs can be a lot more nuanced in their effects – indeed they had to be. Read more about his work here 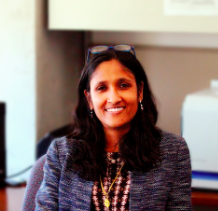 Shyni Varghese joined the faculty of Duke University’s engineering and medical schools during the summer of 2017. With a triple appointment in the Departments of Biomedical Engineering, Mechanical Engineering and Materials Science, and Orthopaedic Surgery, Varghese serves as the first MEDx Investigator.

A new initiative of the Pratt School of Engineering and Duke School of Medicine, Duke MEDx seeks to enhance and form new collaborations between doctors and engineers. As its first faculty member with a joint appointment through the program, Varghese will demonstrate just how powerful such partnerships can become.

A leader in the field of biomaterials and stem cells, Varghese will continue to develop her research at Duke in three major areas—musculoskeletal tissue repair, disease biophysics and organ-on-a-chip technology. Read her full profile here