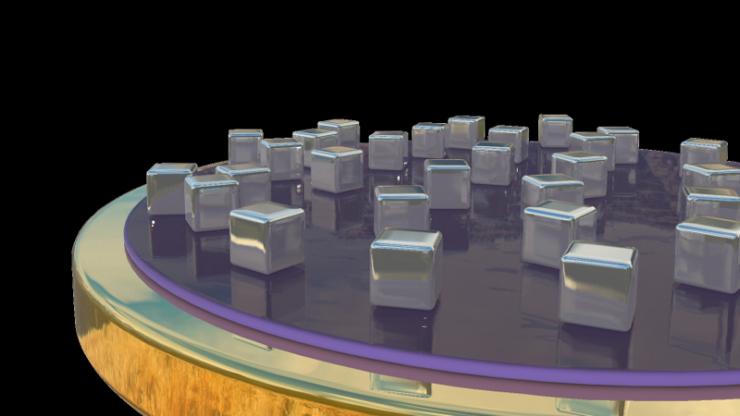 Maiken Mikkelsen wants to change the world by developing a small, inexpensive hyperspectral camera to enable worldwide precision farming practices that would significantly reduce water, energy, fertilizer and pesticide use while simultaneously increasing yields. While that goal sounds like a tall task for a simple camera, it’s one that has now been greenlighted by a 2019 Moore Inventor Fellowship.

“The Moore Inventor Fellowship is opening a new avenue of research to me,” said Mikkelsen, the James N. and Elizabeth H. Barton Associate Professor of Electrical and Computer Engineering at Duke University. “It is enabling me to explore new applications for my technology that could benefit the environment and mankind in a profound way, and I am grateful that the Moore Foundation allows me to pursue those.”

The cameras most people think of and use every day only capture visible light, which is a small fraction of the available spectrum. Other cameras might specialize in infrared or x-ray wavelengths, for example, but few can capture light from disparate points along the spectrum. And those that can suffer from a myriad of drawbacks, such as complicated machinery that can break, slow functional speeds, bulkiness that can make them difficult to transport, handle by hand or place on drones, and costs that range from tens to hundreds of thousands of dollars.

Mikkelsen, however, is working on an approach that can be implemented on a single chip, can snap a multispectral image in a few trillionths of a second, and produced and sold for just tens of dollars. 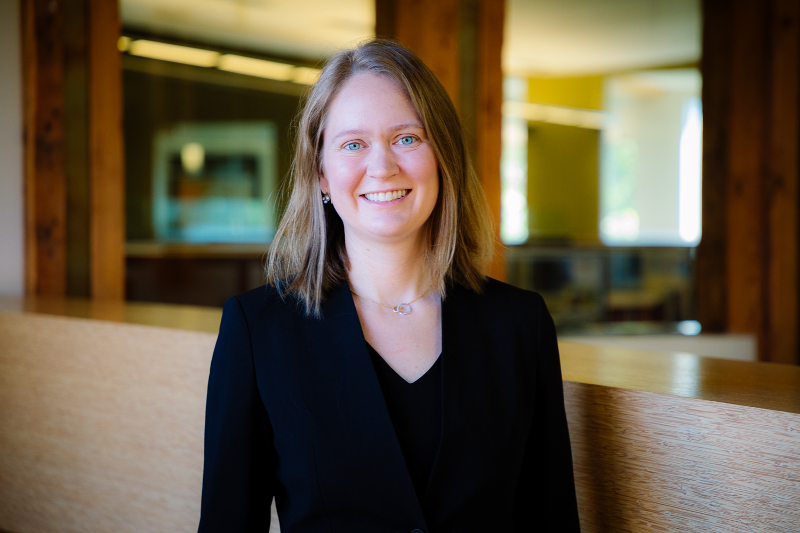 “It wasn’t obvious at all that we could do this,” said Mikkelsen. “It’s quite astonishing actually that not only does this work in preliminary experiments, but we’re seeing new physical phenomena that we did not expect that will allow us to speed up how fast we can do this detection by many orders of magnitude.”

Mikkelsen and her team fashion silver cubes just a hundred nanometers wide and place them only a few nanometers above a thin layer of gold. When incoming light strikes the surface of a nanocube, it excites the silver's electrons, trapping the light's energy—but only at a certain frequency.

The size of the silver nanocubes and their distance from the base layer of gold determines that frequency, while controlling the spacing between the nanoparticles allows tuning the strength of the absorption. By precisely tailoring these spacings, researchers can make the system respond to any electromagnetic frequency they want.

To harness this fundamental physical phenomenon for a commercial camera, Mikkelsen and her colleagues have demonstrated a sort of “superpixel” – a pixel made from a grid of nine individual detectors each tuned to a different frequency of light. When any spot on the pixel’s grid captures its specific frequency, it heats up, which in turn creates an electric voltage in a layer of pyroelectric material sitting directly below it. That voltage is then read by a bottom layer of a silicon semiconductor contact, which transmits the signal to a computer to analyze. 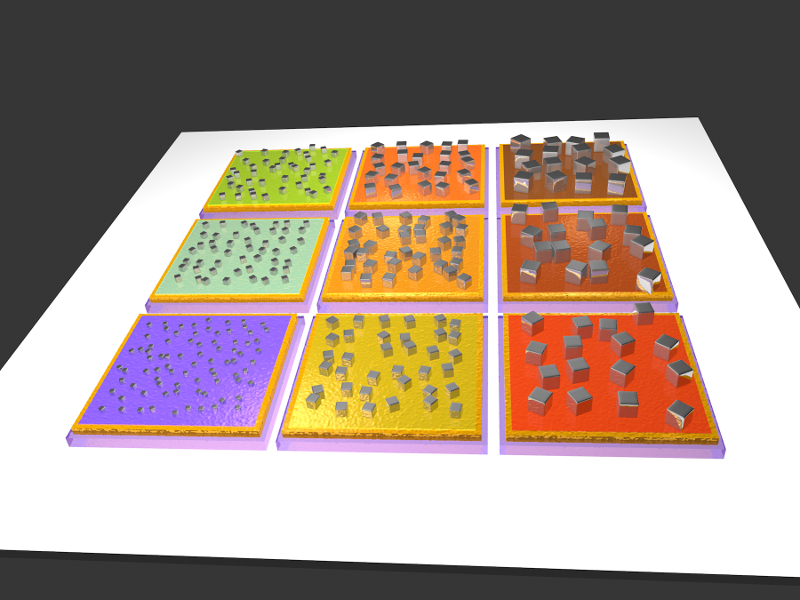 “Commercial photodetectors have been made with these types of pyroelectric materials before, but they always suffered from two major drawbacks—they haven’t been able to focus on specific electromagnetic frequencies and have operated at very slow speeds due to the thick layers of the material needed to absorbs enough incoming light,” said Mikkelsen. “But our plasmonic detectors can be tuned to any frequency and trap so much energy that we only need a thin layer of pyroelectric material, which greatly speeds up the process.”

While the first proof-of-concept experiments will use a three-by-three grid capable of detecting nine frequencies, Mikkelsen plans on scaling up to a five-by-five grid for a total of 25 frequencies. And there’s no shortage of applications that are primed to take advantage of such a device.

Surgeons can use hyperspectral imaging to tell the difference between cancerous and healthy tissue during surgery. Food and water safety inspectors can use it to tell when a chicken breast is contaminated with dangerous bacteria. But the application that Mikkelsen has set her sights on is precision agriculture. While plants may only look green or brown to the naked eye, the light reflected from their leaves and flowers outside of the visual spectrum contains a cornucopia of valuable information.

“Obtaining a ‘spectral fingerprint’ can precisely identify a material and its composition,” said Mikkelsen. “Not only can it indicate the type of plant, but it can also determine its condition, whether it needs water, is stressed or has low nitrogen content, indicating a need for fertilizer. It is truly astonishing how much we can learn about plants by simply studying a spectral image of them.”

Hyperspectral imaging could enable precision agriculture, allowing fertilizer, pesticides, herbicides and water to be applied only where needed. This has the potential to reduce pollution while saving water and money. Imagine a hyperspectral camera mounted on a helicopter or drone mapping a field’s condition and transmitting that information to a tractor designed to deliver fertilizer or pesticides at variable rates across the fields. 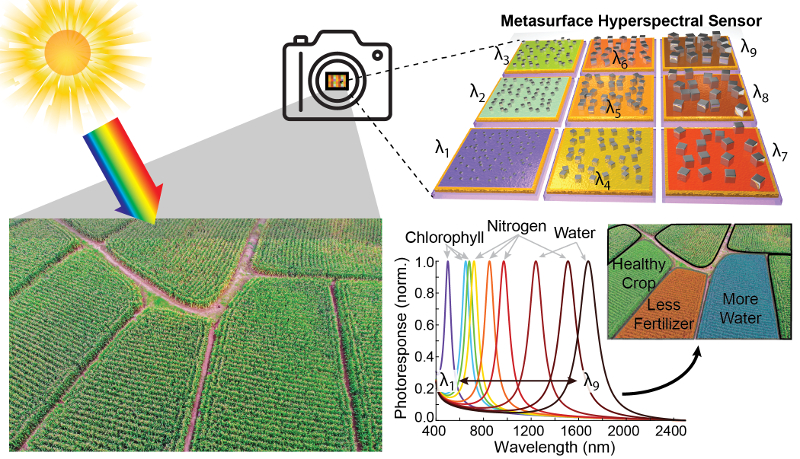 It is estimated that the process currently used to produce fertilizer accounts for up to two percent of the global energy consumption and up to three percent of global carbon dioxide emissions. At the same time, researchers estimate that 50 to 60 percent of fertilizer produced is wasted. Accounting for fertilizer alone, precision agriculture holds an enormous potential for energy savings and greenhouse gas reduction, not to mention the estimated $8.5 billion in savings each year, according to the United States Department of Agriculture.

Several companies are already pursuing these types of projects. For example, IBM is piloting a project in India using satellite imagery to assess crops in this manner. This approach, however, is very expensive and limiting, which is why Mikkelsen envisions a cheap, handheld detector that could image crop fields from the ground or from inexpensive drones.

“Imagine the impact not only in the United States, but also in low- and middle-income countries where there are often shortages of fertilizer, pesticides and water,” said Mikkelsen. “By knowing where to apply those sparse resources, we could increase crop yield significantly and help reduce starvation.”

Launched in 2016 to celebrate the fiftieth anniversary of Moore’s Law, the revolutionary prediction that anticipated the exponential growth of computing power, the program embraces the spirit of Gordon Moore’s passion for science and penchant for inventing.

This year, the foundation considered more than 200 final-round nominations, from which five fellows were selected to pursue innovative projects with the potential to bring about significant change. Each fellow receives a total of $825,000 over three years as well as networking and entrepreneurial support to drive their invention forward.

“The Moore Inventor Fellowship recognizes the quality of the individual, as well as the quality of the idea,” said Harvey V. Fineberg, president of the Gordon and Betty Moore Foundation. “The ultimate goal is to convert the ideas into inventions that can change the world.”