Innovative manufacturing technique can create new types of microparticles for applications such as drug delivery, diagnostics and tissue engineering 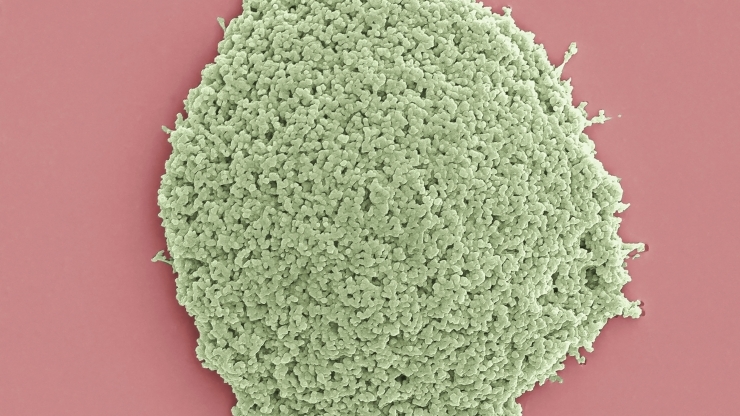 Biomedical engineers at Duke University have devised a method for making small particles that are safe for living tissues that will allow them to create new shapes attractive for drug delivery, diagnostics and tissue engineering.

The results appear online on March 12 in the journal Nature Communications.

“With nothing more than some heat and light, we can make some pretty bizarre microparticles,” said Stefan Roberts, a biomedical engineering research scientist at Duke. “The technique is simple enough that it could be scaled up to make billions of microparticles in a matter of minutes.”

In the world of biocompatible microparticles, shape, size, internal microstructure and type of material dictate their intrinsic properties. Although companies and research labs can already fabricate many complex microparticles, the process usually involves sophisticated manufacturing techniques such as multiple-emulsion microfluidics or flow lithography. Both have their disadvantages.

Multiple-emulsion microfluidics tediously controls a series of individual oil droplets, but struggles to keep materials completely separate from one another and cannot be used for large-scale production. Flow lithography shines light through a patterned mask to etch shapes in soft materials and can make many particles in short order, but the process is difficult to tailor to complicated shapes and internal architectures.

Working with Ashutosh Chilkoti, the Alan L. Kaganov Distinguished Professor of Biomedical Engineering at Duke, Roberts set out to try a completely new approach -- biological materials. The research pair have a history of working with elastin-like polypeptides (ELPs), which are disordered proteins that, much like a ball of spaghetti, derive their stability from chaos and have no true shape. More recently, the team began working with partially ordered proteins (POPs), which retain many of the ELPs’ biologically useful properties but have enough ordered segments to provide more stability than wet noodles.

Both types of proteins can be engineered to shift back and forth between phase states at certain temperatures. While this is a useful feature for applications such as slowly releasing drugs into the body or supporting tissue growth in wounds, the researchers soon discovered that they could also create various particle shapes by putting ELPs and POPs together.

“Disordered proteins are a hot topic in biology, with many researchers trying to discover how proteins without shape can still have a biological purpose,” said Roberts. “An undercurrent of our work is to instead think of these proteins as a materials scientist would and see if we can engineer them for our own biological functions in ways that can’t be achieved with current materials.” 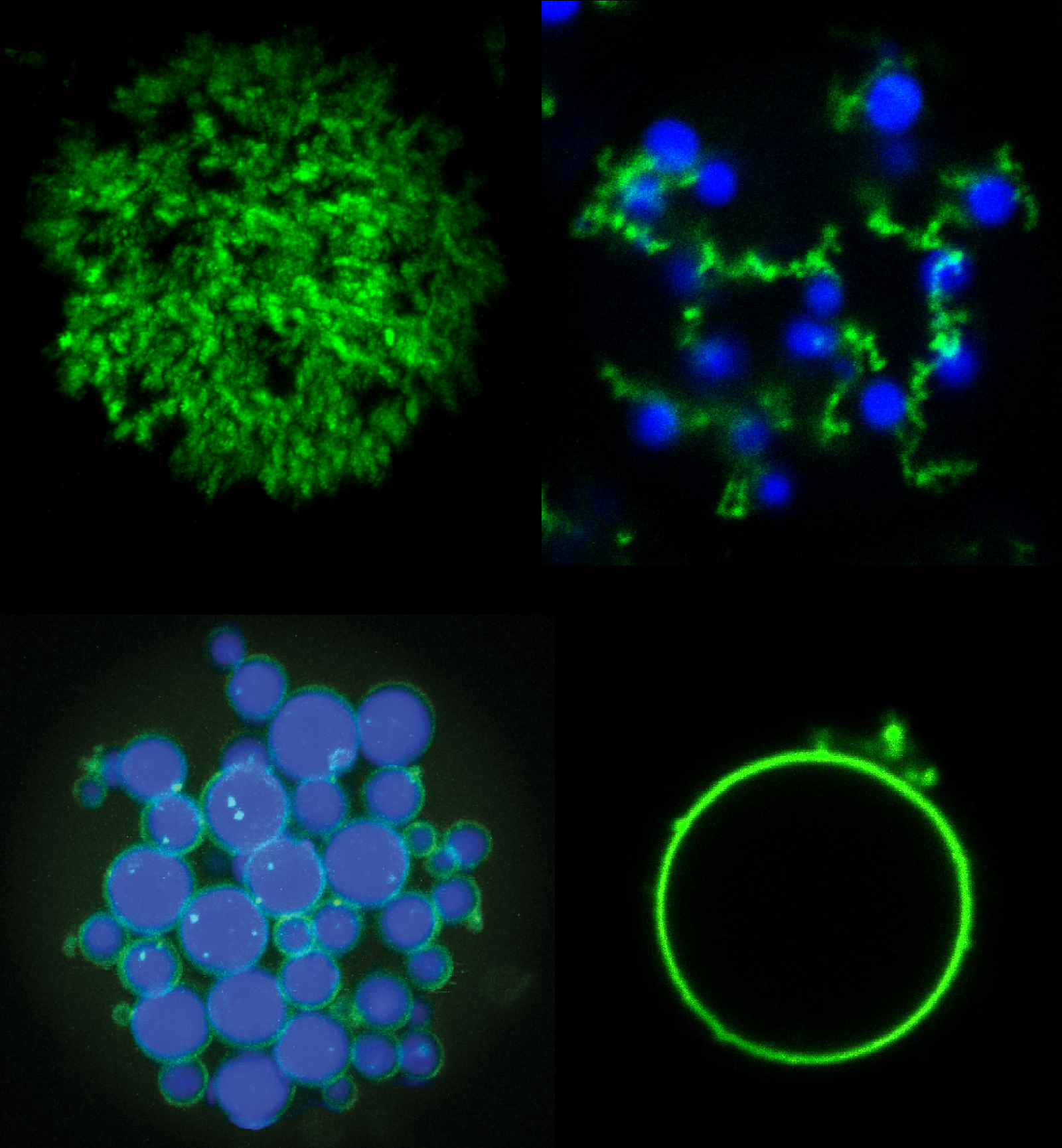 In the paper, Roberts and Chilkoti demonstrate some new microparticles made with these two types of proteins. By tweaking the temperatures at which they assemble and disassemble, and sweeping back and forth through a range of temperatures at various rates, the researchers show that they are able to create a suite of shapes such as a shell with a solid core, a shell with no core, and a tangle of cords dotted with shells that they dubbed “fruits on a vine.” Then, by incorporating photosensitive amino acids, they show that they can freeze these shapes into solid microparticles with a flash of light.

The researchers say that the ability to create microparticles with precisely separated regions is relevant for applications such as drug delivery and tissue engineering.

Each set of parameters simultaneously creates millions of solid, biocompatible microparticles slightly larger than an average cell. It only takes a few minutes, and it all happens in a volume of liquid about the size of a drop of water.

“This is a test case for a type of material that is flexible and simple enough to create both commonly used shapes and architectures that aren’t seen using current techniques,” said Roberts. “We’re using new biocompatible materials to create never-before-seen shapes simply by heating, cooling and shining a light on them.”