A student-led, crowdsourced project called Time Capsule to Mars held a press conference June 23, 2014 at the National Press Club in Washington, D.C., to kick off its $25 million campaign. Led by Emily Briere, a rising senior in mechanical engineering and materials science at Duke University, the mission encourages supporters to pay 99 cents for the opportunity to upload photos, audio or video clips, or written prose to a quartz-crystal memory module carried to the surface of the red planet by the spacecraft. 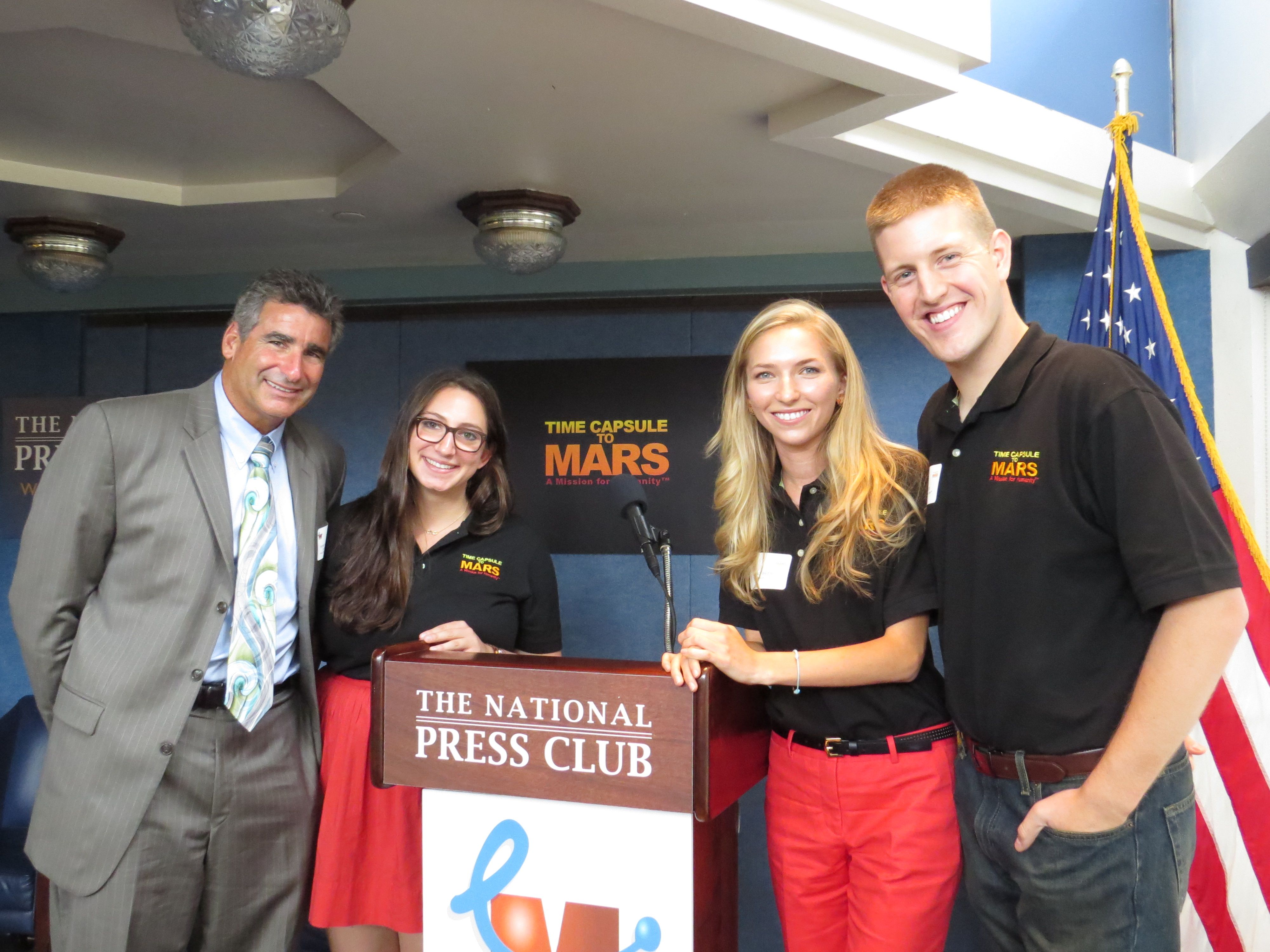 The team--including students and faculty members from Duke, the Massachusetts Institute of Technology, Stanford University, and the University of Connecticut, as well as advisers such as former astronauts and current executives at aerospace companies--hopes the effort will be the largest crowdsourced project in history. The goal is to launch within the next five years, funding and technology development permitting.

The project was featured in an April 2014 story from Duke featuring the team's leader, Briere. The press conference succeeded in grabbing national headlines from media outlets including NBC News, National Geographic, The Boston Globe, Yahoo! News, and the Daily Mail.