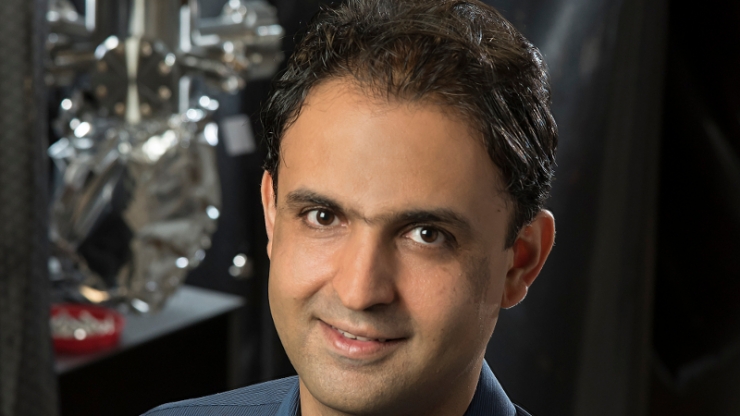 For the next five years, the $510,000 award will support Marvian’s efforts in Quantum Information Science to use insights gained from developing models for quantum computing algorithms and quantum circuits to understand other quantum physical phenomena such as quantum chaos and thermodynamics. This research is also expected to lead to new techniques for protecting quantum computers against noise.

As researchers continue to close in on stable, large-scale quantum computers, parallel work is being pursued to understand their power and limitations. This effort has also shed new light into the underlying fundamental theoretical physics and has created ideas that can be applied to study other phenomena.

“The tools and ideas developed in quantum information science have found diverse applications in different areas of physics”, said Marvian. “For instance, the idea of quantum circuits was originally introduced in analogy with the classical logic circuits, to model the computation performed by quantum computers. But over the years, this framework has found many other applications. For example, random quantum circuits have now become a standard model in theoretical physics for studying quantum chaos.”

One important aspect of this line of research is how quantum-mechanical systems with multiple interacting components behave in the presence of symmetries. Symmetries and conservation laws are fundamental concepts both in classical and quantum physics. For example, classical physics can calculate how fast an ice skater will spin with arms outstretched versus tucked because their angular momentum must be conserved. Similarly, quantum mechanics also adhere to a notion of rotational symmetry that implies conservation of angular momentum. These conservations laws can be used to make predictions of how quantum systems will behave in different circumstances. For instance, they determine allowed electron transitions in atoms and molecules and, hence, explain why different materials have different colors.

Symmetries of quantum-mechanical systems and their consequences have been extensively studied in modern physics. However, Marvian’s recent work has revealed new, unexpected behavior of composite quantum-mechanical systems in the presence of symmetries. The results of better understanding this problem are expected to have applications and implications in areas such as quantum control, quantum simulation and quantum thermodynamics.

While the project is mainly theoretical, it also contains an experimental component, which will be carried out in collaboration with Marvian’s colleagues at the Duke Quantum Center. When completed, Marvian hopes to not only have gained a much better understanding of a wide range of quantum mechanical systems, but also to have helped pushed forward the field of quantum simulation, which is one of the main applications of quantum computers.