A new model for deep-seated landslides that takes into account the temperature of a thin, unstable layer of clay could help stop catastrophes in their tracks. 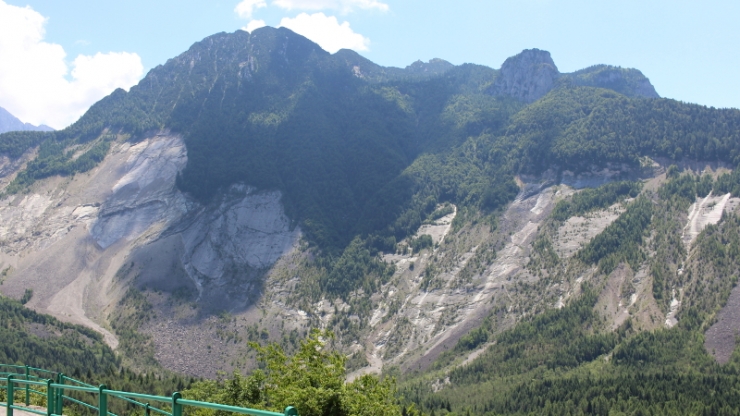 Engineers from Duke University have developed a comprehensive new model of deep-seated landslides and demonstrated that it can accurately recreate the dynamics of historic and current landslides that occur under various conditions.

Peering past the standard measurements of velocity and water levels, the model points to the temperature of a relatively thin layer of clay at the base of the landslide as critical to its potential for sudden cataclysmic failure. The approach is currently being used to monitor an evolving landslide in Andorra and suggests methods for mitigating the risk of its escalation as well as any other future deep-seated landslides.

The results appear online on June 15 in the Journal of Geophysical Research – Earth Surface.

“I published a paper more than a decade ago that explained what happened at the Vajont Dam, one of the biggest manmade disasters of all-time,” said Manolis Veveakis, assistant professor of civil and environmental engineering at Duke. “But that model was extremely limited and constrained to that specific event. This model is more complete. It can be applied to other landslides, providing stability criteria and guidance on when and how they can be averted.”

The disaster Veveakis is referring to occurred at the Vajont Dam, one of the tallest in the world at 860 feet, in northern Italy in 1963. After years of attempting to mitigate a slow, incremental landslide of roughly an inch per day in the adjoining mountainside by lowering the water level of the lake behind the dam, the landslide suddenly accelerated without warning. Nearly 10 billion cubic feet of rock plummeted down the gorge and into the lake at almost 70 miles per hour. That created a tsunami more than 800 feet tall that crashed over the dam, completely wiping out several small towns below and killing nearly 2,000 people.

Before the catastrophe occurred, scientists did not believe any potential landslide would result in a tsunami more than 75 feet tall. They remain puzzled at how this landslide had moved so violently and so suddenly. 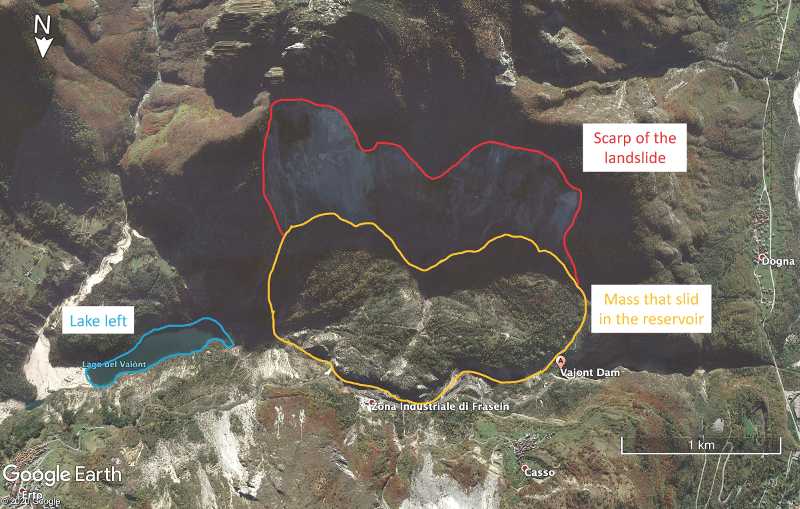 In 2007, Veveakis put the pieces together and developed a model that fit the scientific observations of the disaster. It showed how water seeping into rock above an unstable layer of clay caused a creeping landslide, which in turn heated up and further destabilized the clay in a feedback loop until it rapidly failed.

“Clay is a very thermally sensitive material and it can create a shear band that is very susceptible to friction,” said Carolina Segui, a PhD candidate in Veveakis’s laboratory and first author of the new paper. “It’s the worst material to have in such a critical place and is a nightmare for civil engineers constructing anything anywhere.”

This early model, however, used only the last month of data from the Vajont Dam, when the water level was almost constant. It ignored any sort of groundwater variation, essentially assuming that the external loading remained constant. While that model worked to explain the unexpected failure of the Vajont landslide, the model’s assumptions made it impossible to offer real-time assessments or use in other scenarios.

In the new study, Veveakis, Segui and Hadrien Rattez, a postdoctoral researcher in Veveakis’s laboratory, plug the old model’s holes and provide the ability to incorporate a combination of time-dependent external loading and internal degradation. The resulting model is able to recreate and predict observations taken from very different, deep-seated landslides.

“Traditional landslide models have a static internal material strength, and if you exceed it the landslide fails,” said Veveakis. “But in examples such as these, the landslide is already moving because its strength has already been exceeded, so those models don’t work. Others have tried to use machine learning to fit the data, which has worked sometimes, but it doesn’t explain the underlying physics. Our model incorporates the properties of soft materials, allowing it to be applied to more landslides with different loading characteristics and provide an operational stability criterion by monitoring its basal temperature.”

Besides using the model to recreate the movements of the Vajont slide and explaining the mechanisms underpinning its motion for more than two years, Veveakis and Segui show that their model can accurately recreate and predict the movements from the Shuping landslide, another slow-moving landslide at the Three Gorges Dam in China, the largest dam in the world. But while that landslide is also the result of a manmade lake beside a dam, that’s where the similarities end. 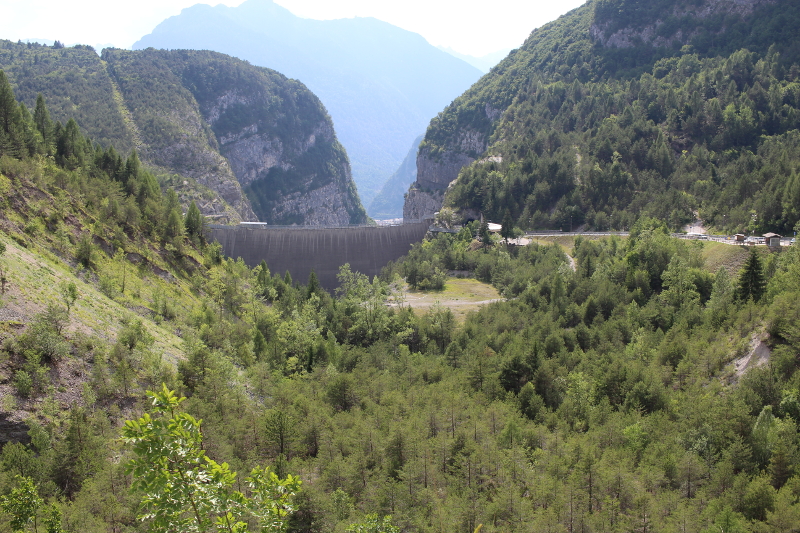 Despite these differences, the researchers’ new model is able to accurately reproduce the Shuping landslide’s movements over the past decade.

In this case, the researchers do not have direct access to measurements taken from the shear band, which is less than one meter of brown breccia soil and silty clay. They have to make assumptions about the levels of friction and the internal temperatures to make their model work.

In the mountains of Andorra, however, the slow-moving El Forn landslide threatens the safety of a nearby village called Canillo and is being closely monitored by the government. Unlike China or Italy, there is no dam or lake involved — this landslide is being accelerated by melting snow feeding the groundwater levels in the mountains above the city.

Even though the conditions are completely different from the previous two landslides, the researchers are confident their model is up to the task.

Thanks to numerous boreholes that have been taken to gain a better understanding of the El Forn landslide, Veveakis and Segui have been able to insert thermometers directly into the shear band of a small lobe that is sliding faster than the rest. With this level of data available, the researchers expect to validate and refine their model even more, and even provide advice as to how to avoid a potential catastrophe should one begin to develop.

“One could imagine pumping water out of the ground, or circulating another cold fluid through the shear layer to cool it down and slow the landslide,” said Segui. “Or at the very least, if we couldn’t stop it, to provide enough warning to evacuate. That is exactly why we are there.”

This research was supported by the National Science Foundation (CMMI-2006150).