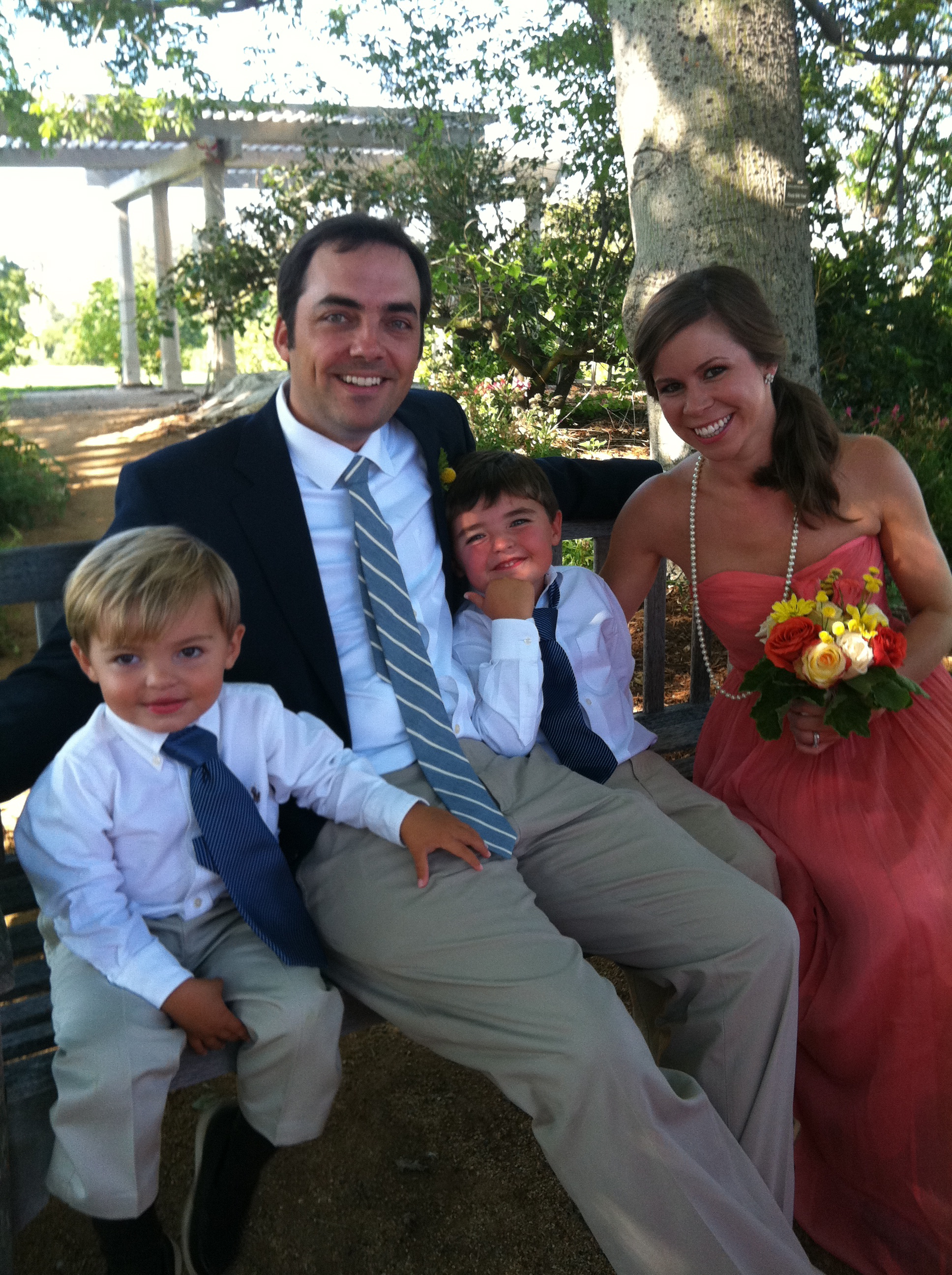 The thing I love most about Duke is it fosters a sense of entrepreneurship. You learn that you don’t have to become an engineer to apply what we were taught. You can change the world in so many different ways.

As the principal of a newly approved charter school in poverty-stricken East Austin, Texas, John Armbrust, ’04, knows the challenges he will face building a school system from scratch. He should; it was his idea to start the school in an area most Texans would rather that visitors to the Texas capitol city didn’t see. With half its residents living in poverty and suffering high unemployment, the heavily minority population of East Austin stands in stark contrast to its affluent counterparts across town. The local public schools are failing, and this is the tableau into which Armbrust aims to build a culture of success and college readiness.

Such a challenge might seem daunting, but Armbrust knows a thing or two about beating the odds. As a world-class poker player, he has beaten long odds many times. As a math teacher in Atlanta and in one of Los Angeles’ poorest neighborhoods, he’s taken students others have written off and spurred them on to a high level of achievement.

“Teaching the kids to think analytically is a skill as a teacher that I feel I can attribute to having an engineering background,” he says. “Going to Duke engineering, you really learn to think well and to think about design and why things are built the way they are.” Armbrust has adopted that philosophy into his own teaching, asking his students to think not just that a formula works but also to understand why a particular formula works.

And when things aren’t working, Armbrust harnesses his engineer’s mindset to correct problems and improve efficiency.

“I like building things, changing things and making things better,” he says. “The thing I love most about Duke is it fosters a sense of entrepreneurship. You learn that you don’t have to become an engineer to apply what we were taught. You can change the world in so many different ways.”

During his years at Duke, Armbrust immersed himself in his studies, which appealed to a logical young man who liked to build Lego sets as a child, but who also heard a higher calling. A religion minor, Armbrust volunteered 20 hours per week working with children through the non-profit group Young Life. It was there he met a recruiter for Teach For America, the non-profit organization that recruits and trains recent college graduates to work in America’s poorest school districts.

“I fell in love with the vision and mission of Teach For America, but more importantly I saw that there was such a massive shortage of people who are talented in math and the sciences who are teaching in our country,” he says.

His first assignment: teaching math to eighth grade students in Atlanta. Starting with students who were below grade level in math achievement, Armbrust used every available tool to get students to understand the concepts, including singing. His quadratic formula song was a showstopper and students who still didn’t get it attended his Saturday tutoring sessions. Virtually all of Armbrust’s students passed their end of course testing. His middle school students were two-time Atlanta city champions in “Math Counts,” a national program that promotes math literacy among the middle grades.

But his tenure in Atlanta was not without its setbacks. Soon after arrival, he was recruited to coach the basketball team, after all, coming from Duke some of Coach K’s magic must have brushed off on him, right?

“We went 1-8,” he says. “I’m no Coach K.” But with typical optimism, he recalls the team’s win, not its losses. “Our one win was at the buzzer; we hit a three-pointer. It was one of the highlights of my entire sporting career!”

Around the same time, he decided to compete in the World Series of Poker, what Armbrust calls the “Super Bowl” of poker. The only catch was he needed to come up with a $10,000 entrant fee. Using social media to spread the word he convinced a bevy of Duke friends and family to “invest” $100 each in his entrance fee, promising a return of one percent of winnings for each share purchased and a chance to follow along on his progress via his “TexDuke” blog. Armbrust was confident in his chances because he’d been playing poker with friends twice a week since high school and often won handily.  Those investments paid of handsomely for his investors, as Armbrust finished 18th out of more than 6,000 entrants in 2007, winning $381,000. Each of his friends’ $100 investments paid out $3,810.

Armbrust had special plans for his winnings. He had developed a project with his Atlanta church to fund and build a school in Pakistan, and he and his investor friends collectively donated $75,000 of his winnings toward that effort. But his support was not only monetary. Armbrust himself spent the summer of 2005 in Pakistan training teachers and administrators who would run the new school, which was completed in 2008 and is now open to both Christian and Muslim children in Sialkot, Pakistan.

“You see these kids learning side by side and realizing that we are not that much different,” he says.  “This group, the Presbyterian Education Board, is just a really inspirational group.”

After three years of teaching in Atlanta, Armbrust was ready to tackle new challenges and move on to a new phase in his life. His fiancé and now wife, Annie Dlugokecki (Trinity, ’06), wanted to move to a city where Armbrust could work in the charter school movement and she could find work in the art world. They settled on Los Angeles, and Armbrust found a job teaching math at View Park Preparatory Charter High School, voted the number one charter school in California for educating African-American students. Armbrust was quickly promoted to math department chair and began consulting with the L.A. charter schools on using data to promote effective teaching.

After helping found the Fernando Pullum Performing Art High School in 2009 through the Inner City Education Foundation (ICEF), he was again promoted. This time he was asked to implement a $12 million Gates Foundation grant designed to measure teacher effectiveness and promote teaching techniques that best prepare students for college. Armbrust was recruited to use data to connect teacher pay raises to a tenure system based on student achievement.

“Having a strong background of thinking analytically has really made a difference for me in the world of education,” he says.

Now, Armbrust will take that drive and ambition to his hometown of Austin, where he competed with more than 100 groups to start a charter school system. His 365-page proposal was selected after a grueling interview process in which he had to sell his ideas to city leaders and potential investors. In mid-September 2011, he learned he would soon be the principal of Austin Achieve charter middle school.

“We decided to start with middle school because with sixth graders, they will come to me three or four grade levels behind, but I still have seven years to work with them to get them college-ready,” he says. “The middle grades are crucial and if we are going to start somewhere, that’s the sweet spot.”

Armbrust’s next challenge was to raise $120,000 in start-up costs, and to do that he enlisted the help of former Austin Mayor Bruce Todd and Steven T. Clark, a 1977 Duke graduate and President and Chair of Cypress Realtors, a real estate development firm in Austin, as advisers to the project. Armbrust’s enthusiasm and copious data to support his ideas quickly landed him those start-up dollars. The next year will be spent planning, staffing and recruiting teachers and students. The school will have both a longer school day and school year and will engage parents as partners in the education progress, says Armbrust.  It will also include writing across the curriculum.

He is eager to get started.

“There’s some really great things going on in little pockets, but as a whole, are we educating our kids on the level we need to? No, we are not,” he says. “If you want reform, you need to prove that it works first and so I’m setting out to show the world that this is the way it can and should be done, and we can improve the quality of education for all our students.”

It’s no wonder his former professor John Peirce remembers him fondly. “In classroom discussions he displayed all of the qualities we hope form the foundation of our Cameron Crazies: creative, curious, interesting perspectives on a wide range of subjects, open-minded with an interest in the thoughts and the well-being of others, and a balanced sense of humor,” Peirce says. “He really seemed to enjoy learning, so I am not at all surprised he is an educator with grand visions.”