Originally posted by the Information Initiative at Duke 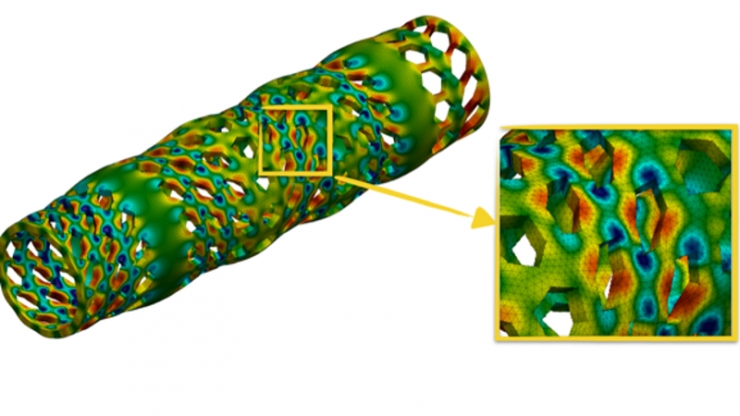 Before leaving the White House in early January 2017, President Obama named Guglielmo Scovazzi, associate professor of civil and environmental engineering (CEE) and mechanical engineering and materials science (MEMS) at Duke University, as a recipient of the Presidential Early Career Awards for Scientists and Engineers (PECASE). This award is the highest honor bestowed by the U.S. government to science and engineering professionals in the early stages of their independent research careers.

The awards, established by President Clinton in 1996, select researchers for their pursuit of innovative research at the frontiers of science and technology and their commitment to community service as demonstrated through scientific leadership, public education or community outreach.

Scovazzi’s research is in the broad field of computational mechanics and, in particular, is aimed at the development of robust and accurate numerical modeling for solid and fluid dynamics, fluid/structure interaction, flows in porous media and geomechanics. The applications of Scovazzi’s research involve simulations in complex geometry on advanced parallel computing architectures, and find a broad range of applications in the fields of aerospace, mechanical, biomedical and petroleum engineering. 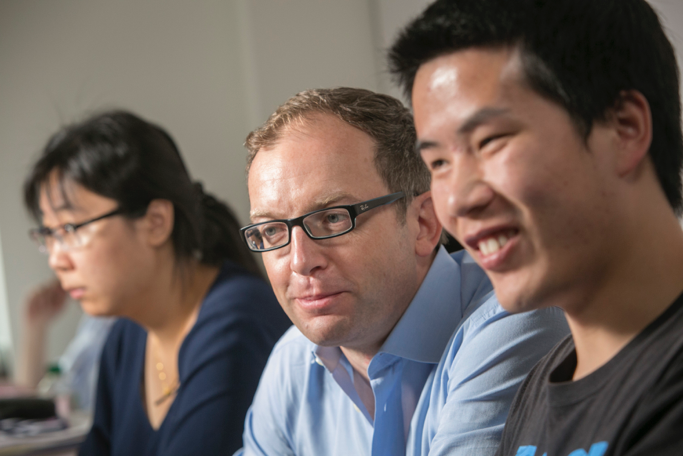 The geometry of many modern designs can be rather complex. By developing computational methods that are compatible with simple tetrahedral grid generators, G. Scovazzi and his group are attempting to vastly increase the computational efficiency of the design & analysis process. Simple finite element methods with linear interpolation do not perform well for incompressible materials like rubber and other polymers. However, G. Scovazzi and his group recently developed computational methods that successfully solve this issue. The picture above shows an incompressible stent in complex geometry that simulates twists under torsion load. The computations are stable and accurate, on computational grids that take only a few minutes to generate. These results can considerably speed up overall design and analysis time, and serve as a valuable tool for industrial designers.

Salt diapirs are buoyant instabilities in the crust of the earth originated when layers of salt are found below overburden layers of heavier rocks. These conditions are the results of salt deposition phenomena in the oceans alternated with turbidity currents (submarine mud slides). Over geologic times, the layer of mud that represents the salt overburden is subject to compaction, and increases its density, while the density of the salt remains approximately constant. Then a layer of heavier rock (in yellow in the picture above) is found sitting on top of a layer of lighter salt (in orange, in the picture above). This mechanical configuration is unstable, and leads to motion of the salt toward the surface of the earth. In the picture above, various level of viscoelastic dissipation in the salt (s) and overburden (o) are tested to gain insight on the mechanisms of salt diapirism. Salt diapirs are connected with the formation of oil reservoirs, since their motion can entrap layers of organic matter that eventually decompose into hydrocarbon compounds and oil.

“I started to develop an interest in computational methods back as an undergrad at Politecnico di Torino, in Turin (Italy)," Scovazzi recalls. “I had joined the Aerospace engineering program, because of my interest since high school in the dynamics of air around aerodynamic shapes.” 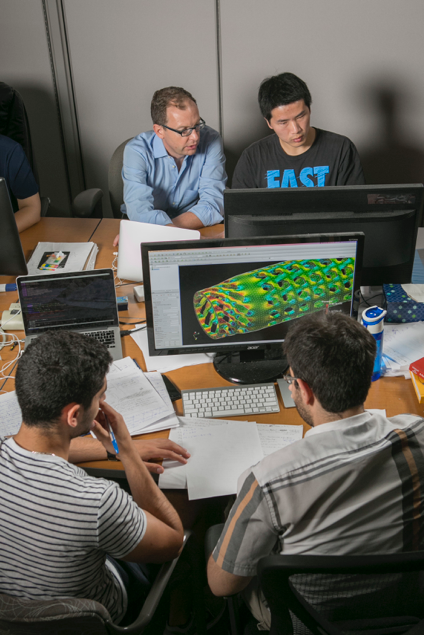 When Scovazzi was in high school, Italian science-oriented high schools provided instruction in mechanics, thermodynamics and electromagnetism, but not fluid dynamics because the math was seen as too difficult. At Politecnico di Torino, Scovazzi found computer simulation to be a very useful tool for the study of aerodynamic flows. He began creating computational methods for fluid dynamics, and became passionate about them. The Mechanical Engineering Department at Stanford had a much more robust computational fluid and solid mechanics program, and Scovazzi continued to pursue these interests during his Ph.D. program. Scovazzi then joined the Computer Science Research Institute at Sandia National Laboratories, in Albuquerque, New Mexico. Then, in 2012, he joined Duke’s CEE Department to add another dimension to his work by mentoring and teaching.

“It is a great period in my life. I recently joined the Information Initiative @ Duke and moved to Gross Hall. It is a wonderful research environment, creative and innovative, and represents an important step in my career. In my field, there is a convergence between data analysis and simulation, between methods that originate in discrete mathematics and other methods that apply to the continuum.” Scovazzi reflects that his next steps will involve creating these simulations using simpler methods that still have the same accuracy and quality using complicated physics and geometry. “At the moment we are working on a number of very interesting problems in geomechanics, turbulent fluid mechanics, and fluid/structure interaction. In some of these problems, statistical and probabilistic methods are important factors. The convergence of disciplines like Statistics, Math, and Machine Learning here in iiD will be very relevant to where I am taking my research after winning this award. I am honored to be invited to work among such esteemed and influential colleagues. A big ‘thank you’ goes to Robert Calderbank for inviting me to become part of the Information Initiative at Duke!”

“Guglielmo and his colleagues add a new dimension to iiD,” says Dr. Robert Calderbank, Director of iiD. “We are delighted to welcome them to the third floor of Gross Hall.”