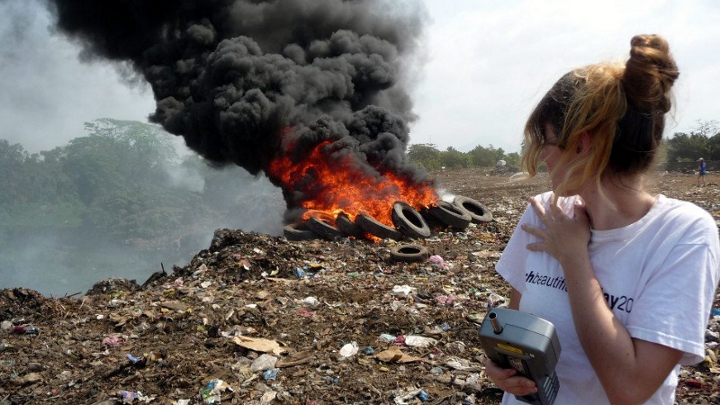 Samples of smoke particles emanating from burning roadside trash piles in India have shown that their chemical composition and toxicityare very bad for human health.

The wide variation found between sites by a Duke University study, however, does offer insights about how to mitigate the worst effects of the common practice. 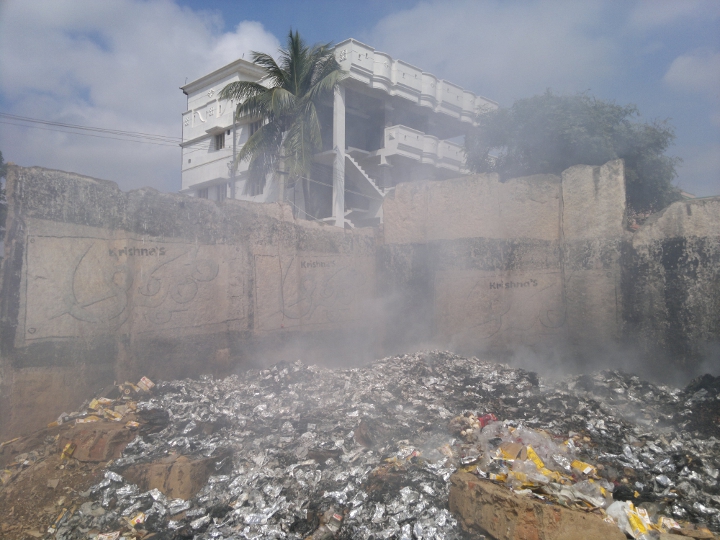 “From our tests, we found that somebody standing near one of these fires is getting a dose of toxins 1000 times greater than they would from the ambient air,” said Michael Bergin, professor of civil and environmental engineering at Duke University, and an author on the paper published September 20, 2016, in the journal Atmospheric Environment. “To put it another way, a person would only need to breathe these particles for a minute to get an entire day’s worth of hazardous particulate matter.”

Of the nearly 2 billion tons of garbage produced worldwide each year, nearly half of it is burned for disposal, according to some estimates. While much of this total is burned in large collection and disposal sites away from heavily populated areas, many cities and towns do not have the infrastructure in place to collect waste--especially in India.

“As you walk down the street in India, there are just piles of trash growing larger and larger until somebody decides to take a match to it,” said Heidi Vreeland, a doctoral student in Bergin’s laboratory and lead author on the study. “Even in large cities such as Bangalore, and even in the more affluent neighborhoods, this is just the norm.”

In their study, Bergin and Vreeland took samples of emissions coming from 24 roadside garbage fires in urban Bangalore. They then tested the collected particles for toxicity through both a chemical analysis and by applying them to cultured cells.

While the results showing that the high concentrations of particles near the fires resulted in 1,000 times more toxic exposures to nearby humans, one aspect of the experiment was eye-raising. Thanks to various organic compounds burning in each fire, the test filters were turned different colors, making a rainbow of toxins.

“When you take samples of ambient air either here in the United States or in India, you just get different shades of grey,” said Vreeland. “But these smoldering fires turned our filters such different colors that one of my lab-mates actually thought I was looking at a panel of eye shadows.” 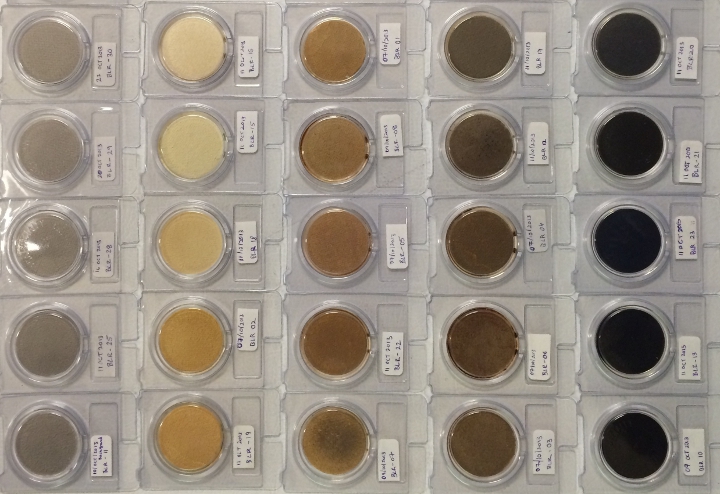 The wide variability found in the fumes likely stems from the trash piles containing many different organic and plastic materials. It’s also a result of smoldering, incomplete combustion, which offers at least one insight into how the practice might be improved.

“Just making sure the fire is hot enough and there’s enough material available could go a long way to reducing its toxicity,” said Bergin, who is beginning work on systems and recommendations that could help such roadside fires be less toxic, and perhaps even to recoup some energy from their burning.

The study is part of a long ongoing partnership between Bergin and colleagues at the Indian Institute of Technology-Kanpur. One previous study looked at the effects of dung cake and roadside trash burning on the amount of particulate matter in the ambient air. Another identified local dung burning for cooking as the primary culprit in ongoing discoloration of the Taj Mahal, leading to immediate and widespread restrictions against the practice.

With a greater understanding of what people are burning, he hopes to determine some best practices to keep the pollution down to a minimum. In the meantime, Bergin and Vreeland say the results are important from an educational standpoint as well. Although the results may not surprise any researchers or environmentalists, calling attention to the fires’ toxicity is important because nearby residents might not know the fumes are hazardous.

“When I was a kid growing up in Minneapolis, we used to collect our yard’s leaves each year, spend a few days jumping into the piles, and then the whole neighborhood would just burn them,” said Bergin. “I was still very young when the city banned the practice because it’s terrible for the lungs of everyone in the city, but at that time nobody thought twice about it.”

“When I visited Nicaragua to help provide residents with alternate methods of cooking other than live fires in their homes, nobody understood that the smoke was making them cough,” echoed Vreeland. “Coughing was just part of everyone’s normal life. They couldn’t even really understand how not coughing could be an option.”

This research was supported by the United States Environmental Protection Agency (RD83479901) and the National Science Foundation (1243535).