How Dividing Cells End Up the Same Size

There aren’t any giants or midgets when it comes to the cells in your body, and now Duke University scientists think they know why.

A new study appearing June 3 in Nature shows that a cell’s initial size determines how much it will grow before it splits into two. 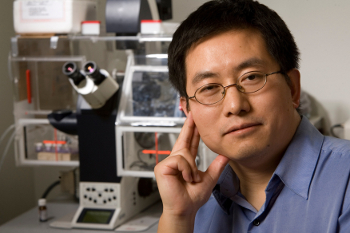 This finding goes against recent publications suggesting cells always add the same amount of mass, with some random fluctuations, before beginning division.

“It’s like students going through college,” said Lingchong You, the Paul Ruffin Scarborough Associate Professor of Engineering in the Department of Biomedical Engineering and the Center for Genomic and Computational Biology at Duke. “If they’re not prepared, they take five or six years to graduate rather than taking more classes and overburdening themselves.”

It all began with unexplainable oscillations. The team was looking at how genes on circular pieces of DNA called plasmids segregate when cells divide by tagging the genes with different fluorescent colors.

“We noticed oscillations in the expression of these colors in about 30 percent of the cells,” You said. “And that’s weird because we knew the genes involved aren’t regulated, so this was incredibly baffling to us. We were very surprised.” 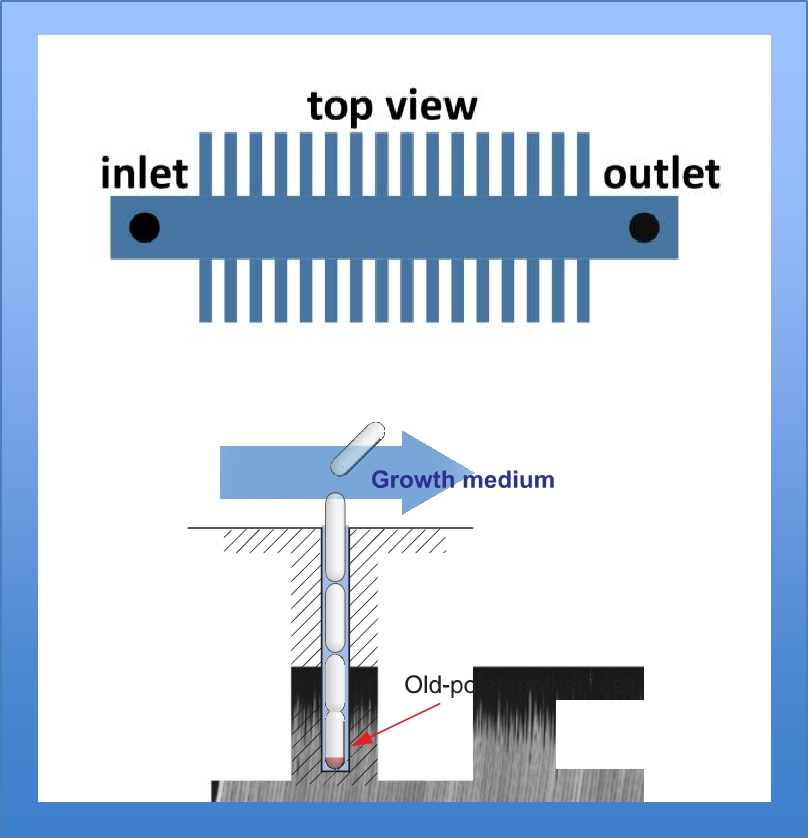 The project was initiated by two former Duke graduate students, Yu Tanouchi and Anand Pai, now postdoctoral scientists at Stanford University and UC-San Francisco, respectively. The team was using a “mother machine,” invented by Suckjoon Jun at UC-San Diego, to watch the division patterns of individual cells over many generations.

The device places individual cells—in this case E. coli bacteria—at the closed end of very small tubes. As each trapped cell grows and divides, its daughter cells are forced up the tube, where they are eventually swept away by a stream of nutrients.

The setup allows researchers to watch hundreds of cells go through divisions over dozens of generations and was key in seeing the baffling oscillations.

“Most studies take the average of many cells or many generations, which would make it impossible to see these oscillations,” explained You. “That’s why the single-cell analysis was critical, because these oscillations occur over many cell cycles with varying periods.”

While trying to trace the origin of the genetic oscillations, You and his team were even more surprised to discover that the initial cell size also oscillated over multiple generations. After spending months trying to find the reason for the oscillations, Yu looked at correlations of different growth metrics like cell size at division, speed of growth and time to division.

And the results were a strikingly simple linear relationship, revealing that a cell’s initial size determines how much biomass it would add before beginning cell division.

You and his colleagues then checked their findings against computer models. By using the same linear relationships and throwing in random fluctuations, they were able to recreate the oscillations in size in 30 to 40 percent of their virtual cell lines, just like in their experimental data.

Although the group does not know how the cells determine how long to grow based on their initial size, the computer models fit their experimental data precisely. But whether or not others in their field will be convinced is yet to be seen.

“During the review period of our paper, there were two experimental papers published in high-impact journals providing evidence for the ‘adder model’ (or the ‘incremental model’), which is that when cells divide, they add a constant biomass on average,” said You. “But the data are the data, and in our data we don’t see this. The two models are very similar, but they have completely different implications for how cells maintain their uniform size. It will be interesting to see how people respond to our paper.”

Also helping in the study were Heungwon Park, a postdoc in Nicolas Buchler’s lab in the Department of Biology at Duke, and postdoc Shuqiang Huang and former graduate student Rumen Stamatov from the You lab.