The High-Stakes Game of Geoengineering

With NSF support, risk scientist Mark Borsuk and colleagues are using a combination of an experimental game and mathematical modeling to understand and predict when and why nations might choose to enact politically risky “quick fix” solutions to climate change 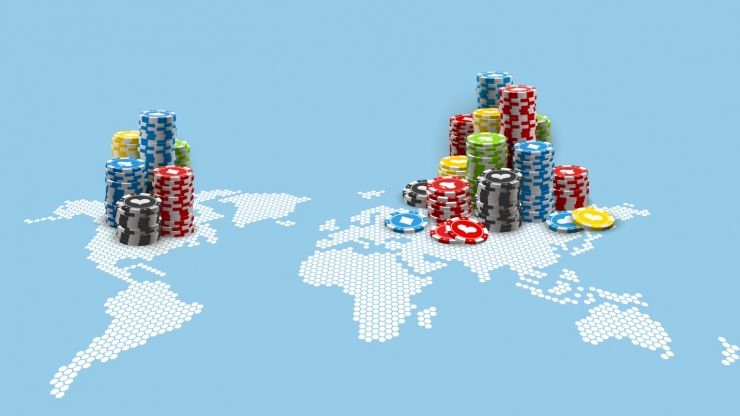 Rising sea levels, wildfire seasons that are the worst on record, parched cropland—in spite of all the evidence that human civilization is losing its game of chicken with the climate, no one is flinching.

Until world leaders can agree to hit the brakes on carbon emissions, humanity needs some safeguards. And the urgency of that need has some scientists seriously considering a climate change amelioration strategy—intentionally reducing the sun’s incoming radiation—that might have been dismissed as outlandish in less dire times. 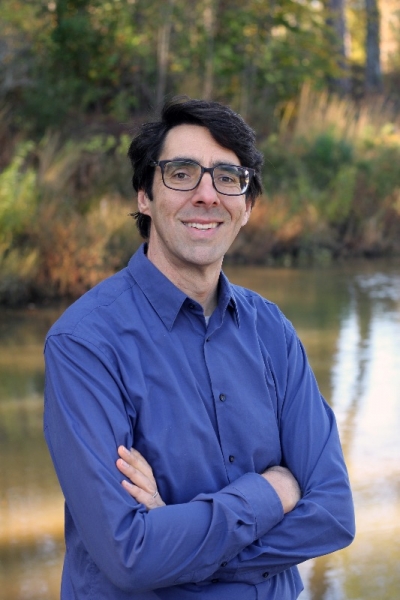 “This strategy of solar radiation management, or SRM, isn’t trying to reverse climate change,” said Mark Borsuk, Duke professor of civil and environmental engineering. “It is changing the climate further, but in a way intended to counteract some of the warming effects of greenhouse gases. Responsible scientists are looking at it not as a permanent solution, but as a way to avoid some of the worst consequences of global warming while society transitions to carbon-free energy solutions.”

Some SRM strategies seem a little wild; one idea is to construct a giant umbrella between our planet and the sun to shield us from a bit of its heat. Another idea is to use a fleet of planes to continuously discharge inexpensive fine sulfate particles into the stratosphere. The idea is that these particles would reflect some of the sun’s light and cool the earth in the same way that volcanic eruptions have in the past.

“By reducing incoming sunlight by only a very small percentage, you could offset the warming effects of greenhouse gases almost entirely, and it is certainly cheaper than suffering the impacts of climate change. There’s little reason to think it wouldn’t work, so it’s a tempting proposition—an apparent quick fix,” said Borsuk.

Of course, like any quick fix, such a technological intervention affecting the entire planet comes with abundant uncertainty and risk—the assessment of which happens to be Borsuk's specialty. More specifically, Borsuk is an expert at mathematically modeling complex decision-making processes as they relate to the environment and human well-being.

Scientists have hypothesized many potential risks associated with SRM, Borsuk noted. Solar shading’s effects on crop growth and influence on animal behavior are unknown. As they settle out of the atmosphere, sulfate particles might acidify the oceans and worsen coral bleaching and the death of reefs. The heat-absorbing particles could change weather patterns in unexpected ways. And if the constant infusion of particles into the stratosphere were interrupted by an unforeseen event—a pandemic, say—the earth could very suddenly warm to pre-SRM levels, which could be catastrophic.

There are also geopolitical risks to consider. “It’s cheap and easy enough that one country, or even one wealthy individual or organization who thinks they might benefit, could implement it by themselves,” said Borsuk. “It may sound like the plot of a Bond movie, but some nefarious actor could theoretically take control of global climate, or even some well-intentioned organization that thinks it's doing the right thing.”

“It may sound like the plot of a Bond movie, but some nefarious actor could theoretically take control of global climate, or even some well-intentioned organization that thinks it's doing the right thing.”

This is where Borsuk’s expertise in modeling complex decisions comes into play. With support from a new National Science Foundation grant, Borsuk is working with an interdisciplinary team of colleagues at Duke, NC State, University of Wyoming, University of Waterloo and Appalachian State University to investigate when people might choose to adopt an individual “quick fix” strategy to a problem that would otherwise require long-term social cooperation. The team is designing an experimental game that seeks to understand when and why a party to a social problem might try to take individual control of the solution instead of cooperating with others—or doing nothing at all. 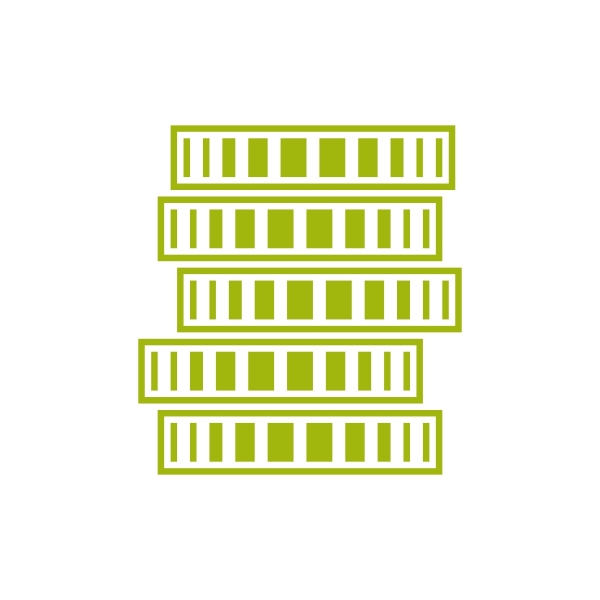 In the first stage of this game, each player has a pile of red and green chips. An impending disaster threatens the red chips of the whole group, but the green chips can be contributed to a common pool to protect a portion of everyone’s red chips. This represents cooperative greenhouse gas mitigation. In a second stage, players have the opportunity to spend green chips to exclusively protect their own red chips.

The catch is that any green chips spent in excess of an unknown threshold will threaten other players’ red chips. This represents, in a highly simplified way, unilateral solar geoengineering. As subsequent rounds of the game progress, players must make increasingly complex decisions about how much to spend on their own protection versus the protection of the group. The influence of each player is varied, and the heavyweights are sometimes able to force the hands of others, much as wealthy entities in the real world might. 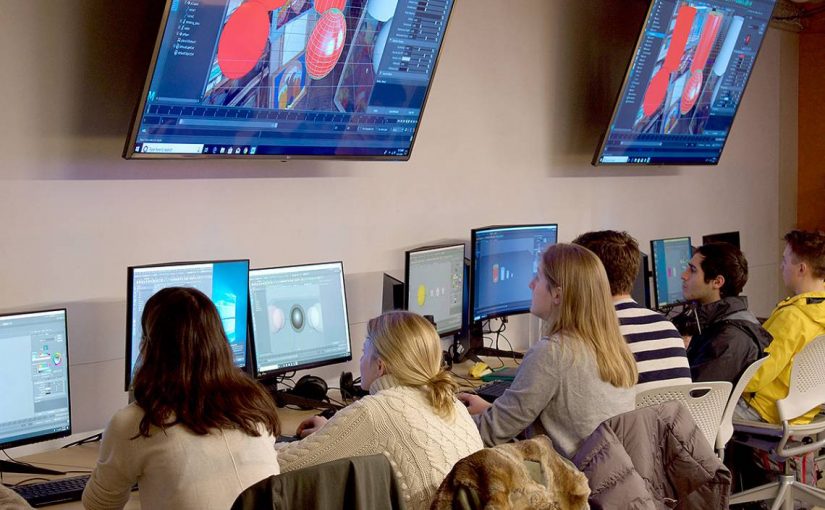 In cooperation with Durham, NC’s Museum of Life and Science, the team won a Catalyst Program grant from the Nicholas Institute that will help translate the experiment into a fun-to-play board game, via the Duke Game Lab.

But SRM with reflective particles is so cheap and easy to implement that some actors might pull the trigger even if no one else supports taking action, essentially becoming a “free-driver.”

“Then the problem becomes one not of cooperation, but rather of control, or regulation,” said Borsuk.

The outcomes from the team’s experiments could certainly deepen understanding of the social dimensions of geoengineering decision making—a priority highlighted in a recent report from the National Academies. The findings might also be extrapolated to similar scenarios where problem-solving has traditionally involved the cooperation of entire communities, but for which technological solutions are becoming more readily available. (Consider, for example, how we might employ gene editing, rather than public health measures, to confront disease; surveillance cameras, rather than neighborhood watch programs, to thwart break-ins; and smart guns, rather than enhanced training, to avert accidental shootings.) 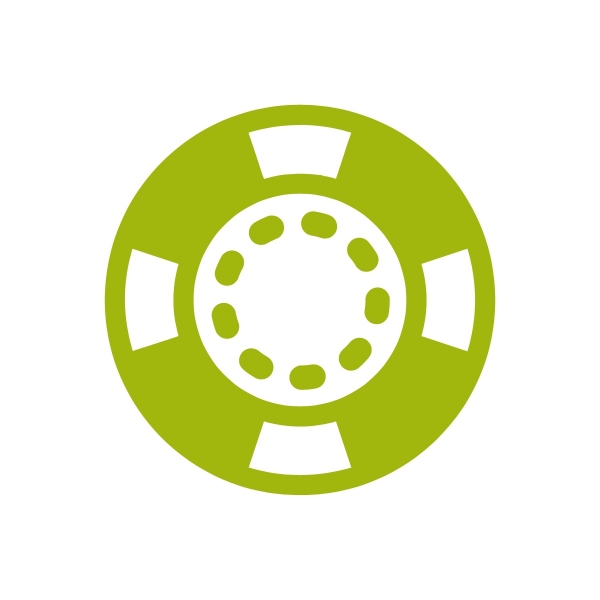 Eventually, the team intends to invite game players who know more about the high stakes of the real-life scenario—people such as climate negotiators—once the details of the game are worked out and some more specific hypotheses are formulated.

“We hope that our research will reveal ways to move beyond current thinking in the negotiation of international agreements and illuminate paths to cooperative solutions that benefit everyone,” he said.