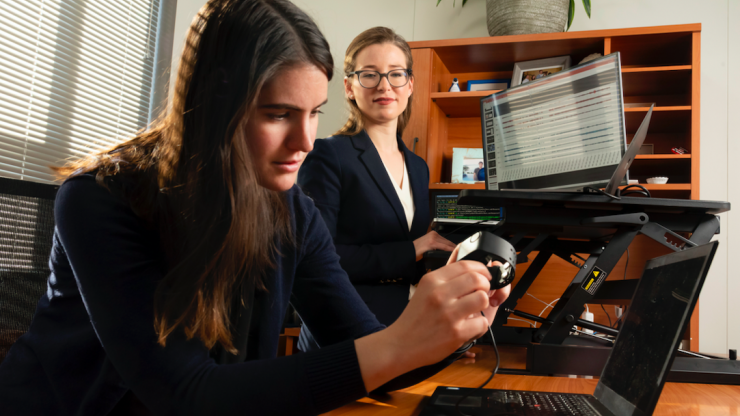 Biomedical engineers at Duke University have demonstrated that while different wearable technologies, like smart watches and fitness trackers, can accurately measure heart rate across a variety of skin tones, the accuracy between devices begins to vary wildly when they measure heart rate during different types of everyday activities.

As wearable technologies are increasingly used to monitor patients’ health and collect digital biomarkers for clinical research and health care, this study highlights the need to better understand their accuracy and determine how measurement errors may affect research conclusions and inform medical decisions, according to the researchers.

The study results appear online on February 10 in the journal NPJ Digital Medicine.

“We started this study because we were seeing some evidence, both in research and anecdotally, that indicated that wearable devices weren’t working as well for people with darker skin tones,” said Jessilyn Dunn, an assistant professor of biomedical engineering at Duke. “People would compare a reading on a chest strap to their smart watch and get different heart rate values. The companies that manufacture these devices don’t put out any metrics about how well they work across skin tones, so we wanted to collect evidence about how well they work and identify potential circumstances where they may not work well.”

The study enlisted a group of 53 individuals with different skin tones to test the six different devices. To establish an accurate baseline, each participant wore an electrocardiogram (ECG) patch to measure their true heart rate during each activity.

Fitness trackers currently measure heart rate using a process called photoplethysmography, or PPG. This involves shining a specific wavelength of light, which usually appears green, from a pulse oximeter sensor on the underside of the device where it touches the skin on the wrist. As the light illuminates the tissue, the pulse oximeter measures changes in light absorption and the device then uses this data to generate a heart rate measurement.

As a second focus of the study, Dunn and her team measured how the devices performed during various types of activity. “There is evidence that people who work at their desk typing all day tend to have worse readings than people who have more stable wrist motion,” Dunn said. “We knew that these devices suffer from motion artifact issues, but it wasn’t clear to what extent.”

Dunn and her lab tested both research-grade and commercial-grade wearable devices to track how diverse skin types, user activity and device type affected the accuracy of heart rate measurements. They tested commercial devices including the Apple Watch 4, Fitbit Charge 2, Garmin Vivosmart 3 and Xiaomi Midband, and research devices including the Empatica E4 and the Biovotion.

In the first round of the experiment, participants wore the Empatica on one wrist and the Apple Watch on the other. They first sat still to measure their baseline heart rate for four minutes before practicing paced deep breathing for one minute. Then they walked for five minutes before returning to a seated rest station for two minutes. Finally, they performed a typing task for one minute. In the second round, the participants repeated these steps while wearing the Fitbit, and in the third round they wore the Garmin, the Xiaomi and the Biovotion.

“Although we did not find statistically significant differences in wearable HR measurement accuracy across skin tones, it doesn't invalidate past concerns with technology equity,” said graduate student Brinnae Bent, the first author on this study. “Wearable device software is updated frequently and it appears previous concerns have been addressed in current software versions.”

Although the heart rate measurements were more accurate at rest than during activity, each tested device reported a higher heart rate than the ECG during physical activity across all skin tones. The team also found that the commercial devices were more accurate at measuring heart rate than the research devices. Maintaining the sensor’s contact with skin can also improve device performance, as the sensor can wiggle around and catch motion artifacts if it’s too loose.

Overall, the Apple Watch demonstrated the most accurate measurements of all tested devices, followed by the Garmin.

“We found that there was a bigger drop in accuracy during activities that involved wrist motion that could introduce motion artifacts, like typing, and we saw a drop in accuracy during deep breathing, which could indicate the devices locking onto cyclic behavior, like breathing, rather than heart rate,” said Dunn. “We were initially surprised that the commercial devices were more accurate, but they also have huge user bases, so they’re able to use lots of data to clean up their signals and improve their algorithms. The research wearables are just using raw data, which is important for researchers and clinicians to be aware of.”

The study points the way to improving devices for clinical and research use, she added.

“We want to use these devices to measure digital biomarkers and predict disease outcomes, so if there are disparities in how these devices work we need to identify them,” said Dunn.

“We’ve shown that we have equivalent-enough accuracy that we’re not worried that there is a disparity due to skin tone in these devices, but we’re hoping this puts out the call to companies that make wearables to share more information about how they evaluate the devices so that disparities can be more readily identified and corrected,” Dunn said.

Brinnae Bent was funded by the Duke FORGE Fellowship, and Jessilyn Dunn is supported by the Whitehead Scholar designation.