As part of the $60 million Engineering Roadmap funded and created by the National Football League (NFL) and Football Research, Inc. (FRI), Duke biomechanics experts will direct an international program to spur advancements in protective equipment and technology 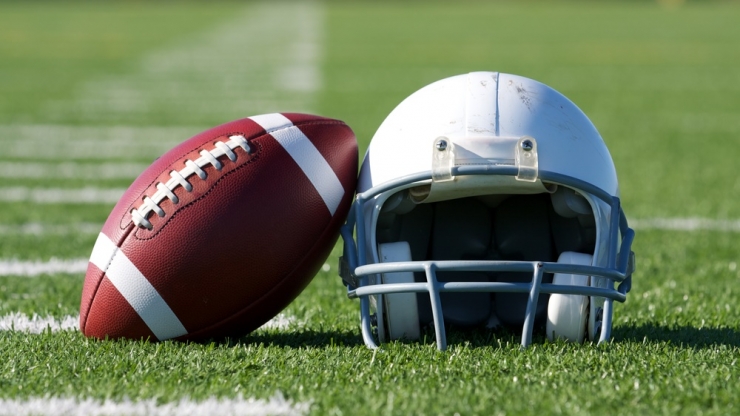 The program, entitled the HeadHealthTECH Challenges, will fund multiple awards of up to $1 million a year, including in-kind support, to stimulate innovation in the field of protective equipment. More than $750,000 of that award will go to Duke ’s Clinical and Translational Science Institute (CTSI) to review proposals from researchers worldwide.

The research on the biomechanics of concussion is still in its infancy and cellular mechanisms tying exposure to impact are not obvious. Even today, researchers are still learning about the setting in which concussions occur in a game. Applied problems also exist, such as defining the range of exposures helmets must protect to provide optimal head protection from both large, infrequent impacts and more modest but frequent ones. “Duke’s capability and experience with the Players Association and the league make it an ideal partner,” said Barry Myers, professor of biomedical engineering and director of innovation at Duke CTSI, an institute in the Duke University School of Medicine, who will spearhead the effort. “The combination of Duke Engineering’s leadership in head and neck injury research and Duke CTSI’s track record for using project management to translate research into clinical applications gives the perfect confluence of abilities to lead this initiative.”

An internationally recognized expert in impact biomechanics, Myers has studied head and neck injuries and injury prevention at Duke for more than 25 years. In 2009, he was recruited by the NFL to analyze helmet data in a multi-year effort that led to new standards and rank assessments for helmets. Since then, Myers has served as a consultant for the NFL Players Association.

Now, as part of its Play Smart. Play Safe. initiative announced in September 2016, the NFL has pledged $60 million toward the creation and funding of a five-year plan called the “Engineering Roadmap” that will be managed by FRI, a nonprofit corporation formed and financially supported by the NFL.

As part of the Engineering Roadmap, the NFL and FRI created the HeadHealthTECH Challenges, a series of innovation challenges intended to spur advanced solutions in the areas of head protection, material science and approaches to improved understanding of head kinematics, among others. The TECH Challenges are structured to help stimulate research and innovation, mentorship and connections to venture capital investments in an effort to enable new developments in engineering, biomechanics, advanced sensors and material science. The TECH Challenges will be operated and managed by Duke University’s Clinical and Translational Science Institute (CTSI). With the need to select the best ideas and work to mature their proposals to commercialization, Duke’s proven leadership in translational research makes it a good fit to lead the initiative, said Myers, who is also the program director of the Duke-Coulter Translational Partnership Grant Program. Since 2006, the program has awarded $8 million to support 39 pilot projects between Duke clinicians and biomedical engineers, leading to $486 million in follow-on funding, 13 licenses to industry and the founding of eight new startup companies.

“Our success with the Coulter Program was the hook and sinker,” said Myers. “With strong partnerships between our schools of medicine and engineering, Duke has been recognized as one of the most successful members of this nationwide program and as a leader in enabling translational research.”

“We’re going to connect the experts doing groundbreaking research on injury biomechanics and prevention with the innovators who are eager to create next generation solutions,” said Jeff Miller, NFL executive vice president of health and safety initiatives. “Previous Head Health Challenges have catalyzed the development of many new products; our work going forward will bring a direct focus on the injury biomechanics of football and create incentives for the wisdom of the marketplace to design and manufacture improved equipment.”

TECH Challenge I, which is open from November 10 through December 15, invites proposals focused on helmet technologies and surfaces that helmets contact, including turf, grass, other helmets and opponent padding. Support for the most promising opportunities will be provided by FRI. The TECH Challenges are renewable annually for up to the next five years.

“When you look at a mature industry like pharmaceuticals, you see a lot of smart people working together in venture capital groups, startups, universities, research organizations and private companies to get the best ideas to market,” said Myers. “Our goal with this new program is to expand, grow and mature the athletic protective equipment industry into these types of spaces to create a more well-worn path for ideas to get to the market.”