Hall Elected a Member of the National Academy of Engineering 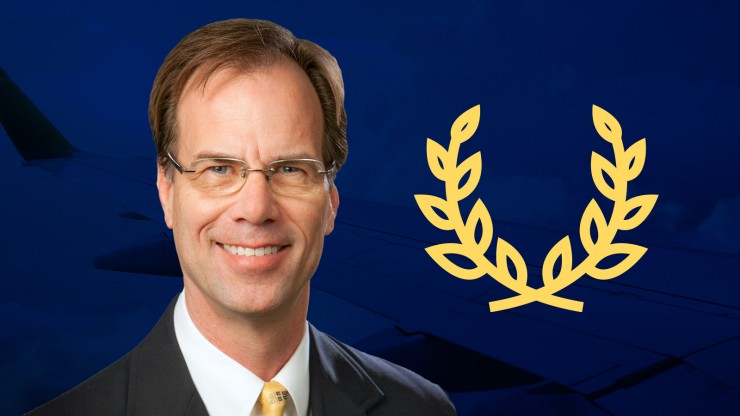 Kenneth Hall, the Julian Francis Abele Distinguished Professor in the Department of Mechanical Engineering and Materials Science at Duke University, has been named a member of the National Academy of Engineering (NAE).

Election to the NAE is one of the highest professional distinctions for engineers.  Hall joins a class of 87 new members and 18 international members announced by the NAE Thursday, and becomes the tenth faculty member at Duke Engineering to hold the distinction.

Hall was cited for, “The development of unsteady aerodynamic and aeromechanics theories and analysis for internal and external aerodynamic flows.”

“Ken is a scholar and teacher in the true sense of the word—he is a deep thinker and loves his teaching and students, and we are thrilled that Ken has been recognized by his peers for his significant contributions to aerospace research and his love of teaching,” said Ravi Bellamkonda, the Vinik Dean of the Pratt School of Engineering at Duke. “Ken’s recognition reinforces Duke Engineering’s strength in aeroelasticity and computational fluid dynamics."

Hall’s research focuses on understanding and modeling the behavior of unsteady air flows and their interaction with elastic aerospace structures, for example in the fan, compressor and turbine stages of gas turbine engines used in aircraft and for power generation. The resulting unsteady aerodynamic forces can cause unwanted and damaging blade vibrations in these engines. The methods developed by Hall and his colleagues at Duke are useful both in understanding the underlying physical mechanisms and in designing more efficient and safer gas turbine engines and aerospace vehicles.

More recently, Hall and his colleagues at Duke have developed nonlinear versions of these frequency domain techniques using a technique known as harmonic balance. These frequency domain approaches are now widely used in the turbomachinery industry and have also been adopted for use by leading CFD software companies.

In addition to his work on unsteady aerodynamics, Hall and his brother, Steven Hall, a professor of aeronautics and astronautics at the Massachusetts Institute of Technology, have developed an analysis method to compute the minimum power required for helicopter flight. They have applied a similar analysis to study the power requirements of birds in flapping flight.

Hall is a fellow of both the American Society of Mechanical Engineers and the American Institute of Aeronautics and Astronautics.

“I’m honored to join a growing number of my colleagues in the Pratt School who are members of the NAE,” said Hall. “I’ve been very fortunate in my career to have had great collaborators—including Earl Dowell, Bob Kielb, and Jeff Thomas—and I’ve worked with exceptional Duke students, all of whom have contributed significantly to my research.”

As a member of NAE, Hall will help carry out the academy’s mission of providing engineering leadership in service to the nation. He joins more than 2,500 peer-elected members and international members in the NAE, which serves as an advisor to the federal government and conducts independent studies to examine important topics in engineering and technology.