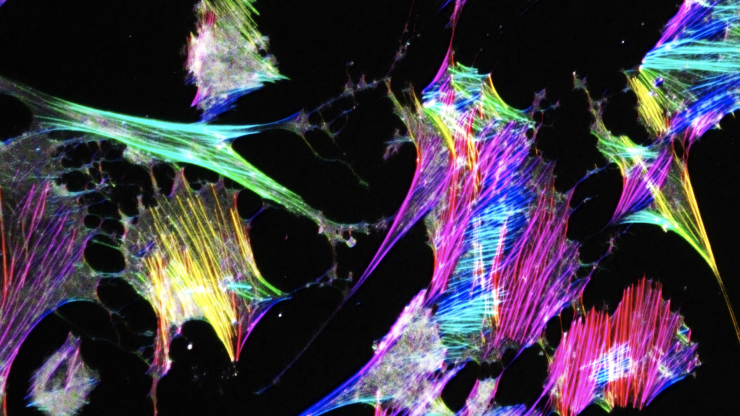 Biomedical engineers at Duke University have developed a method to study how key cells in the kidneys become injured and deformed. The new model has revealed a significant mechanism behind severe kidney disease and pointed toward early disease biomarkers and potential therapeutic interventions.

“Changes in the molecular landscape of cells in health and disease can help discover new diagnostics and therapeutic targets,” said Samira Musah, assistant professor of biomedical engineering at Duke. “Using our lab-grown model of kidney tissue, we’ve discovered two genetic targets that could provide new strategies to save kidney tissues from destruction.”

When kidneys are healthy, they act like a filtering plant for the body, separating toxins from nutrients and disposing of waste. But when kidney function is impaired, toxins can back up throughout the body, leading to heart failure, high blood pressure, neurological issues, heart attacks and even death.

According to the Centers for Disease Control and Prevention, kidney disease affects more than 15 percent of the US population. However, many people are unaware they have the disease until it is too late for noninvasive interventions. This delay often leads to patients needing kidney dialysis and, eventually, a kidney transplant.

To understand the mechanisms behind the widespread disease, Musah and Morgan Burt, a graduate student in the Musah lab, have developed a model to explore what happens when a specific type of kidney cell, called a podocyte, becomes injured.

“Podocytes control the removal of toxins and waste from the blood,” said Burt, who is the first author of the study. “The most severe forms of kidney disease are usually associated with damage to these cells, which cannot regenerate. We wanted to model the early phases of podocyte injury so we could identify biomarkers that indicate the onset of kidney disease.”

In previous work, the Musah lab demonstrated that they could guide human induced pluripotent stem cells to develop into mature and functional podocytes. When healthy, podocytes have long, finger-like structures that lock together to create a barrier to filter blood. To study the mechanics of podocyte injury, the team introduced a chemotherapy drug called Adriamycin that is just as toxic to the kidneys as it is to cancer.

“When we administered the Adriamycin, these finger-like structures flattened and collapsed,” Burt said. “This mimics structural changes we observe in patients, and once this happens, podocytes can no longer filter blood effectively.” 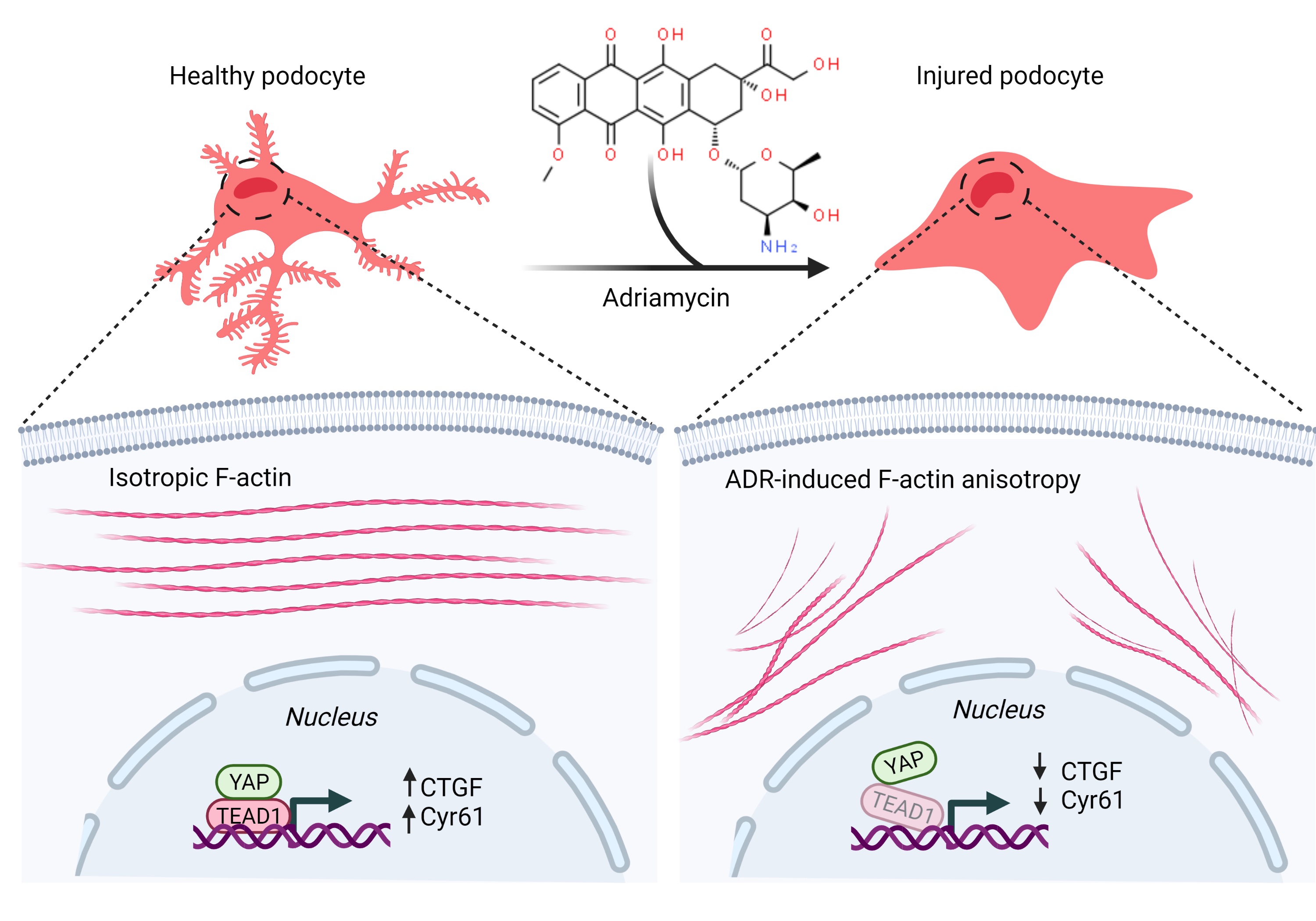 In the new study, the team used their podocyte injury model to zero in on the role of a specific transcriptional protein, called yes-associated protein, or YAP. Having previously discovered that YAP is often highly expressed in cells that exhibit regenerative capacities, such as human pluripotent stem cells and liver cells, Musah wanted to use her new kidney model to see if modulating YAP activity could help repair injury in the podocytes.

The team expected to see changes in the level of YAP in podocytes as they were injured by Adriamycin, but instead found two surprises. While the YAP levels remained relatively constant, the expression levels of two of YAP’s target genes—CTGF and Cyr61—were significantly lowered.

“We found that when you injure the cells in a way that disrupts the podocyte’s mechanics, like the collapse of the filtration structures, these downstream gene targets were being disrupted,” Burt said. “These genes could potentially be used as therapeutic targets or as biomarkers for early-stage kidney disease.

Moving forward, the team wants to continue to explore the YAP signaling pathway to better understand how the structural changes in podocytes affect gene expression. They hypothesize that YAP and its downstream targets may play a critical role in podocyte cell survival and response to injury. Parsing out the specific functions of these proteins will be the subject of future studies. The team will also continue to refine and advance their podocyte models.

This project was supported through Duke MEDx (Medicine + Engineering at Duke), which helps foster collaboration between Duke engineers, physicians and biomedical scientists from the Duke University School of Medicine and the Pratt School of Engineering. In addition to her role in Duke BME, Musah is a MEDx Investigator, and she received a MEDx Targeted grant to collaborate with Dr. Rasheed Gbadegesin, a professor of pediatrics and nephrology at Duke University Medical Center.