Fixing Muscle and the Brain 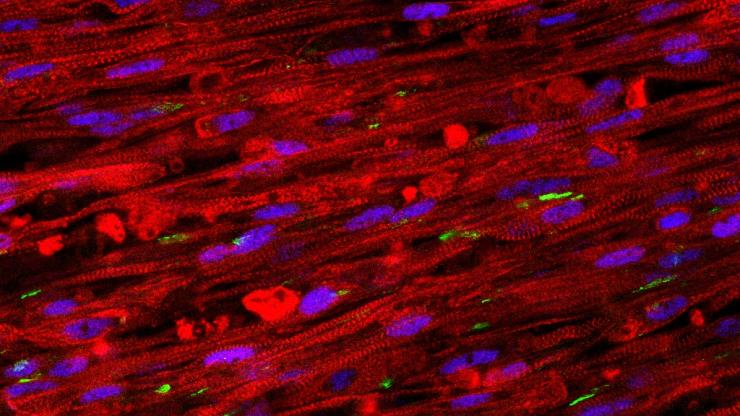 With the number of times the word “gel” comes up in the research of Nenad Bursac and Tatiana Segura, one would be forgiven for thinking they might work in the haircare or running shoe industries. Their gels, however, are aimed at much more difficult tasks than holding hair styles or cushioning feet.

Bursac and Segura, both professors of biomedical engineering at Duke University, are two of the leading researchers working to grow functional tissues both inside and outside of the human body. While the gels being engineered in their laboratories are initially more liquid than solid, they promptly solidify to provide a crucial three-dimensional scaffolding for cells to organize and grow. And by adding the perfect combination of growth factors, enzymes, nutrients and supporting cells, their laboratories are successfully “engineering” some of most challenging human tissues, including skeletal muscle and brain matter. 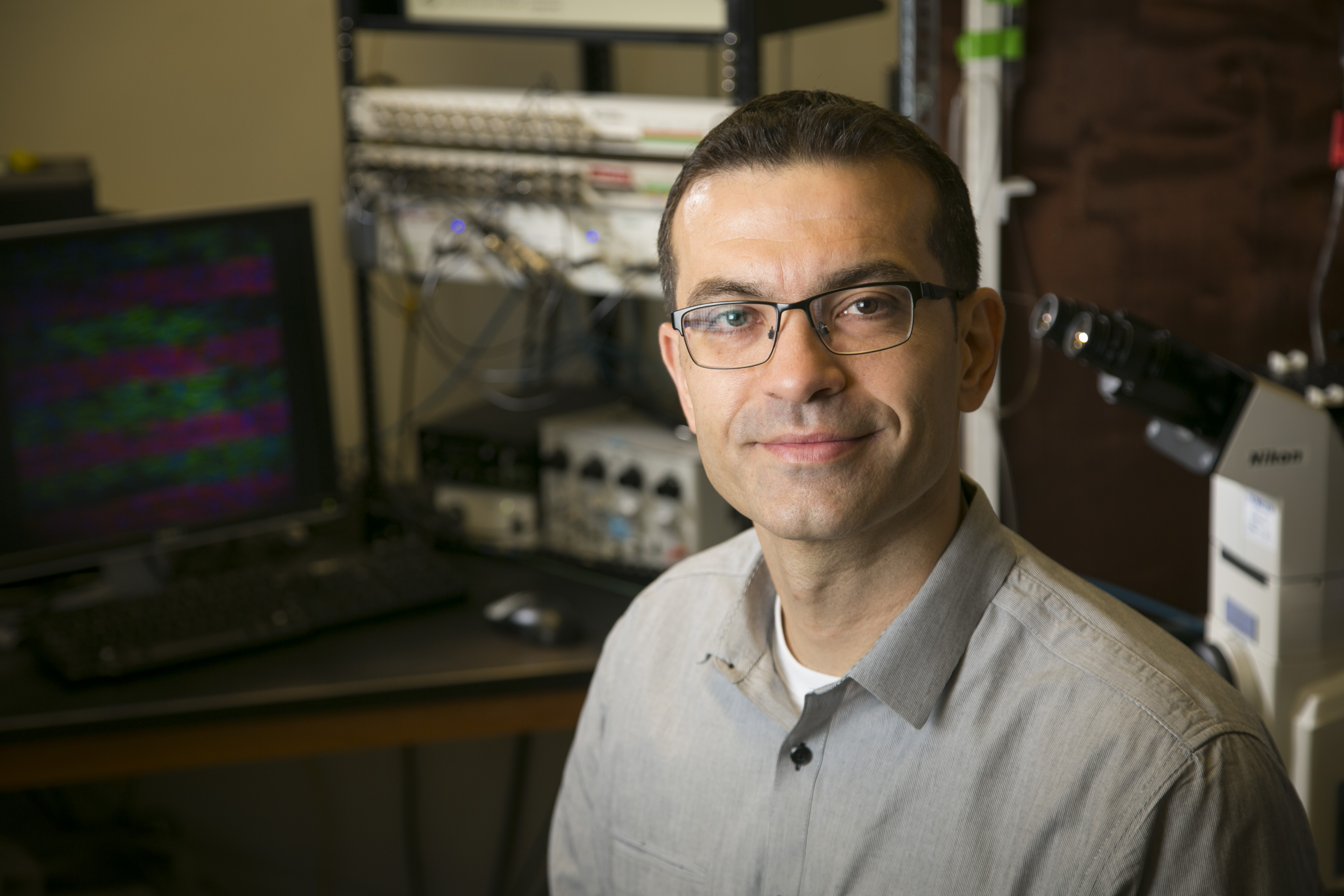 In 2014, Bursac and his team were the first to grow human skeletal muscle that contracts and responds just like native tissue to electrical pulses, biochemical signals and pharmaceuticals. While this initial success required a muscle biopsy to isolate and grow human “almost muscle cells” called myoblasts, they soon demonstrated the ability to achieve similar results starting from cellular scratch—human induced pluripotent stem cells.

The method took years to develop, with the researchers making educated guesses and taking baby steps toward their goal. The difference-maker was their unique cell culture conditions and 3-D matrix, which allows the cells to grow and develop much faster and longer than the 2-D approaches that are more typically used.

In the 2018 study, Bursac and his group showed that after two to four weeks of 3-D culture, muscle cells derived from induced pluripotent stem cells form muscle fibers that contract and react to electrical and biochemical stimuli mimicking neuronal inputs, just like native muscle tissue.

The pluripotent stem cell-derived muscle fibers also develop reservoirs of “satellite-like cells” that are necessary for normal adult muscles to repair damage and regenerate, while the muscles made using muscle biopsy had much fewer of these cells. The stem cell method is also capable of growing many more cells from a smaller starting batch than the biopsy method.

Both of the advantages point toward a possibility of using this new method for regenerative therapies and for creating models of rare diseases for future studies and individualized health care. 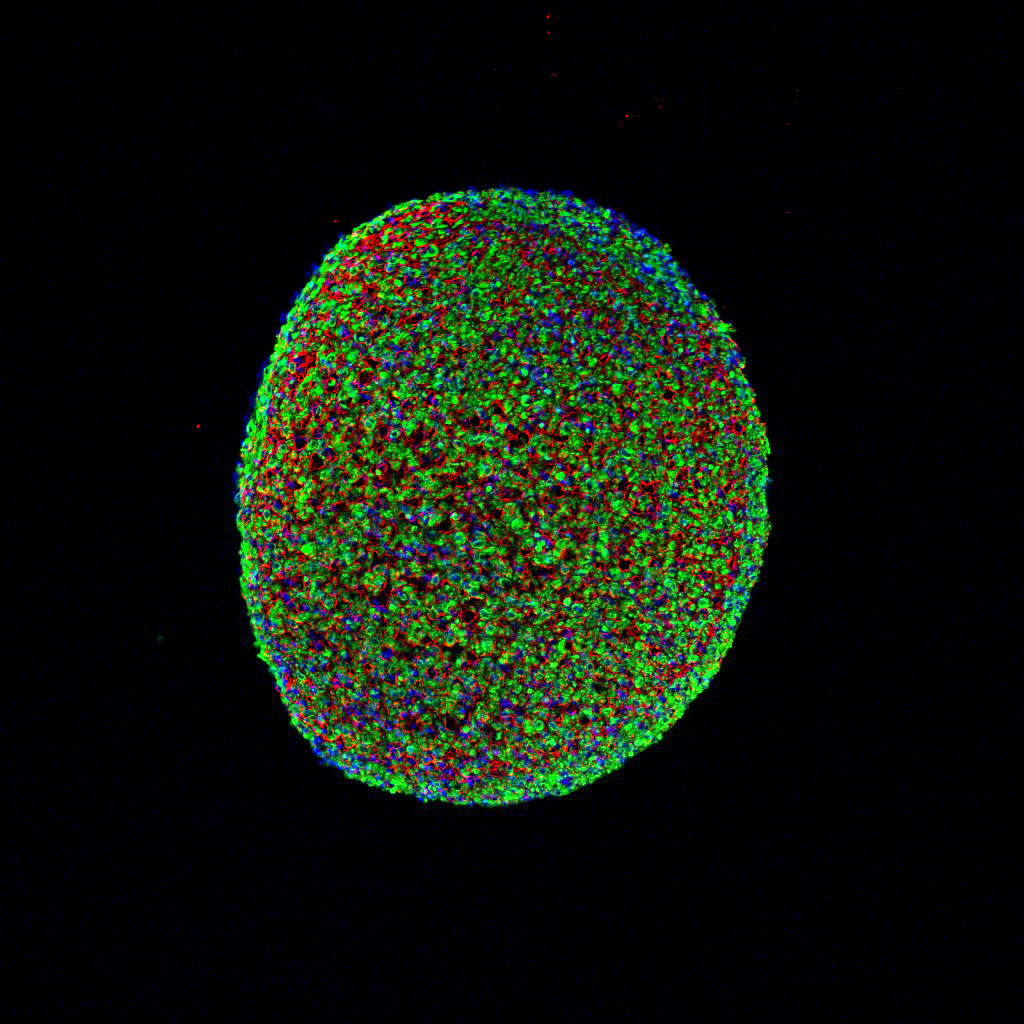 “The prospect of studying rare diseases is especially exciting for us,” says Bursac. “When a child’s muscles are already withering away from something like Duchenne muscular dystrophy, it would not be ethical to take muscle samples from them and do further damage. But with this technique, we can just take a small sample of non-muscle tissue, like skin or blood, revert the obtained cells to a pluripotent state, and eventually grow an endless amount of functioning muscle fibers to test.”

The technique also holds promise for being combined with genetic therapies. Researchers could, in theory, fix genetic malfunctions in the induced pluripotent stem cells derived from a patient and then grow small patches of completely healthy muscle. While this could not heal or replace an entire body’s worth of diseased muscle, it could be used in tandem with more widely targeted genetic therapies or to target more localized muscle repair.

In Segura’s laboratory, researchers are focusing on repairing perhaps the most stubborn organ in the human body—the brain.

The brain has a limited capacity for recovery after stroke and other diseases. Unlike some other organs in the body, such as the liver or skin, the brain does not regenerate new connections, blood vessels or new tissue structures. Tissue that dies in the brain from stroke is absorbed, leaving a cavity, devoid of blood vessels, neurons or axons, the thin nerve fibers that project from neurons.

In a recent study conducted with mice, Segura sought to coax the healthy tissue surrounding the cavity into healing the stroke injury. She engineered a gel to inject into the stroke cavity that thickens to mimic the properties of brain tissue, creating a scaffolding for new growth. 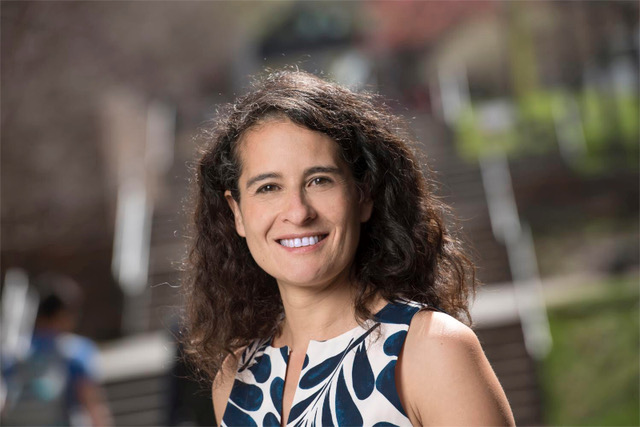 This artificial material creates an environment that helps local, native stem cells do their best work to promote healing—providing the physical structure as well as the biological cues that encourage cells to grow. For example, the gel is infused with molecules that stimulate blood vessel growth and suppress inflammation, since inflammation results in scars and impedes regrowth of functional tissue.

After 16 weeks, the stroke cavities contained regenerated brain tissue, including new neural networks— a result that had not been seen before. The mice with new neurons also showed improved motor behavior, though the exact mechanism wasn’t clear.

“We have something that is working, and hopefully we can now figure out the mechanisms for that improvement, because that is what leads to new engineering,” says Segura. “If you can discover which pathways are causing the improvements, then there are molecules you can deliver to engage those pathways more directly and hopefully lead to a therapy that will act faster and more robustly.” 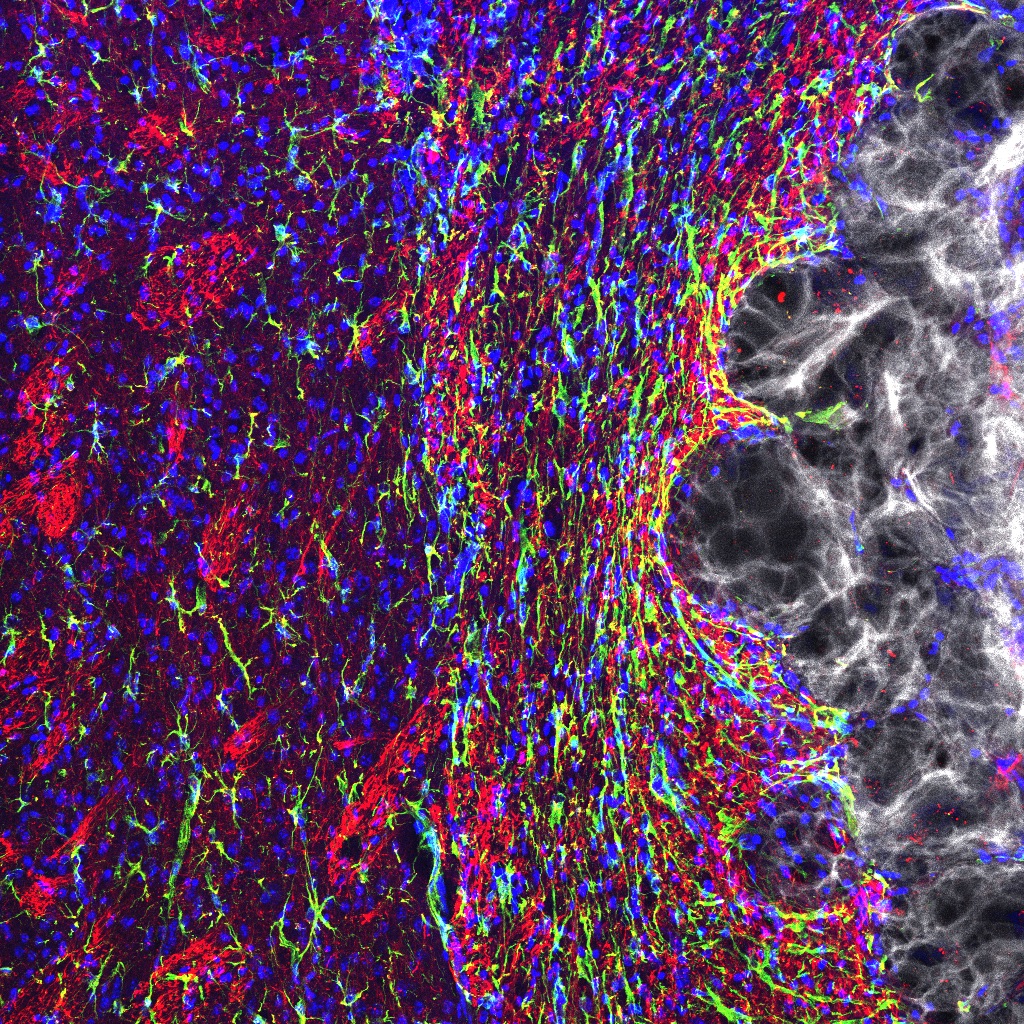