Duke engineers are among the discipline's most influential scholars in 2022, according to Clarivate analytics 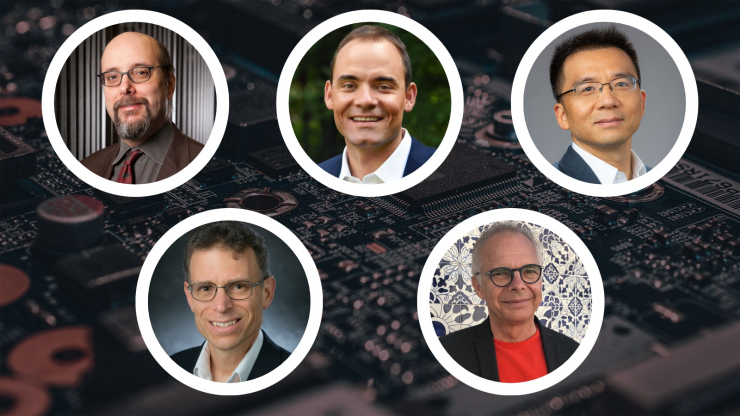 Duke University can lay claim to 30 scientists among the nearly 7,000 authors on a global list of the most highly cited scholars in their fields for 2022. Five of those are engineers: Stefano Curtarolo (MEMS), Charles Gersbach (BME), Tony Jun Huang (MEMS), David Mitzi (MEMS), and Mark Wiesner (CEE). These researchers are internationally recognized for their work in fields including genomics, materials science and environmental health. Three of the four are listed as "cross-field," a designation that is reflective of Duke's tradition of interdisciplinary collaboration.

Clarivate's "Highly Cited Researchers" list is made up of scientists who have significant and broad influence on their fields, as demonstrated by the publication of multiple highly cited papers over the last decade. Their work is among the top one percent of citations by scientific field and year, as ranked by Clarivate’s Web of Science citation index. A high number of citations indicates that particular findings have been influential in moving research in the field forward.

See all the Duke scientists who made the list