Engineering with a Purpose

Inspired by her little brother’s chronic illness, biomedical engineering student Rhianna Lee ’16 sets out to find a cure—and helps some of Durham’s disabled workers along the way. 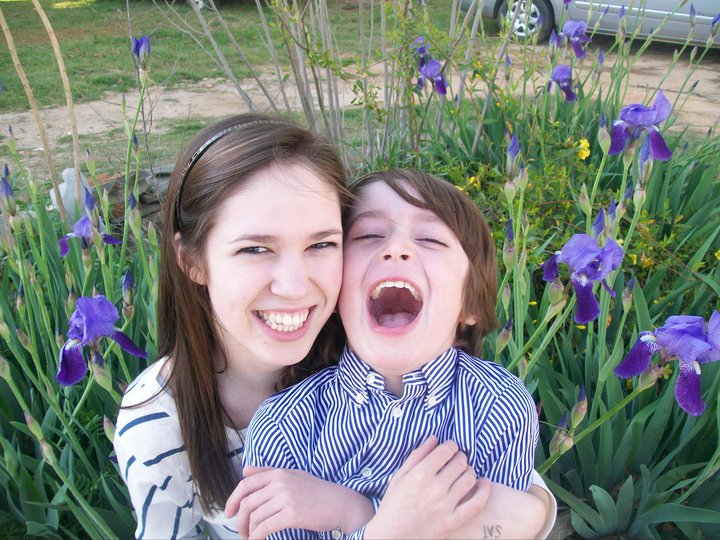 “If I built a time machine, what would you do with it?”

The question was posed by Al Lee, a 10-year-old boy sitting in the car next to his mother, Susan. The family was on their way to his grandmother’s house after church one beautiful fall afternoon. The conversation up until then had been focused on their excitement for Rhianna, Al’s big sister sitting in the back seat.

Rhianna was recently admitted into Duke University, where she planned to study biomedical engineering. Turning to Al, Susan had asked what he’d like to do when he grew up. His response about building something, even a time machine, wasn’t a surprise. His father and he were always tinkering around and building things together.

As for what Susan would do with it, the answer was easy.

“Well, I’d travel into the future to a time where they’ve discovered a cure for cystic fibrosis, and then bring that cure back to when you were born so that you’d never have to live with it.” Al had just finished another days-long stint in the hospital—a normal occurrence for anyone with cystic fibrosis. The genetic disease causes a misfolding of a protein essential for transporting sodium chloride in and out of cells. The result is a thick buildup of mucus in the lungs, where the mucus clogs the airways and traps bacteria, leading to infections, extensive lung damage and, eventually, respiratory failure.

The silver minivan sped down the South Carolinian highway as Al pondered his mother’s idea. His response stunned everyone in the car.

“You can’t do that, Mom,” said Al. “If you did, then Rhianna wouldn’t have studied so hard to get into Duke, and she may be the person who helps find the cure.”

A Path to Duke

Al Lee was born when his sister Rhianna was eight years old. Everything was fine at first, but after a few months he was diagnosed with cystic fibrosis.

Everyone in the family knew exactly what this meant. Cystic fibrosis is a degenerative disease that runs in families; the median survival rate is 40. Rhianna and Al have one cousin living with the disease, and another cousin who passed away from it at the age of 23 when Rhianna was only 11.

She became determined to change the course for Al. “During middle school I decided that I wanted to do medical research, specifically for cystic fibrosis, trying to find a cure,” says Rhianna. “At first I thought about becoming a clinician, after seeing how big of an impact the doctors and nurses have had on my brother, but then I realized that’s more like treating symptoms. They do a great job of that and are really important, but I wanted to try and fix the problem a little bit earlier.”

With that lofty goal in mind, Rhianna spent her high school years intensely studying math and science. She began reading about cystic fibrosis, which led her to learn about biomedical engineering.

And that led her to Duke.

As one of the nation’s premier biomedical engineering programs—and just a few hours away from home—Duke was an obvious choice. After spending a summer on campus in Duke’s Talent Identification Program—built to identify and challenge academically gifted children—her mind was made up.

“When I got into Duke, it was very exciting for my entire family,” says Rhianna. “They knew how much I wanted to go here.”

Designing Devices for People with Disabilities

During Rhianna’s time at Duke, she’s taken advantage of a wide range of opportunities to explore various aspects of biomedical research and engineering—while keeping her goal of combating cystic fibrosis firmly in mind.

Beginning in her sophomore year, she took a bus to the University of North Carolina – Chapel Hill, where one of her math professors had used his connections to get her a spot in a cystic fibrosis laboratory. For the next 18 months, Rhianna traveled 45 minutes each way, three days a week, in addition to her regular classwork.

In her senior year, Rhianna worked in the neuroengineering laboratory of Duke’s Jonathan Viventi. While focused on hardware design, the experience has been valuable for understanding what research entails, she says.

But perhaps her most rewarding experience was in BME 460: Device Design for People with Disabilities. The 20-year-old class—taught by Kevin Caves for the past 13—is a semester-long capstone senior design course for biomedical engineers. Caves spends the summer scouring Durham and its surrounding communities for people or service providers who need help.

“I’m looking for people with problems for whom solutions don’t exist, or with existing solutions that we could make significant improvements to,” says Caves. “The class challenges students to design, build, prototype, test and build a device that will actually get used by real people after they’re done.”

Rhianna signed up for the class with two of her friends, and Caitlin Koehler, who formed a group that partnered with Durham Exchange Club Industries (DECI). DECI is a non-profit community rehab program that provides vocational work for people with disabilities.

“Right off the bat we knew we wanted to work with them,” says White, who is also a graduating senior in biomedical engineering. “If we could get a device to a company that could be used by 20 people, that could make a truly sustainable impact.”

When Rhianna, Courtney and Caitlin first went to DECI, they met one of the workers there named Michael. Due to a traumatic brain injury sustained in a motorcycle accident, Michael has the full use of one hand, limiting the jobs that he can perform.

One job that he was able to do regularly was straightening coat hangers. Any company that deals with a lot of coats or uniforms—think dry-cleaners or hospitals—invariably ends up with coat hangers that have stretched from their normal triangles into useless diamonds. Michael’s job was to force them back into their original shape, which typically involved hitting them against a table or pushing them against his own body.

Rhianna’s team thought they could do better. After a long series of dead-end ideas, the group designed a spring-loaded form that could do the job faster and easier—and without any bruises. A fairly straightforward solution, the device enables the worker to place the coat hanger in a mold and push in to reset the hanger’s shape.

The group also came up with two devices to help employees open pill bottles single-handedly. On a regular basis, pharmaceutical companies have to test the machines that fill and label pill bottles. Rather than throwing all of the testing materials away afterward, they send them to DECI to have the caps and labels removed and the bottles and caps sorted.

With multiple types of pill bottle caps, the team had to come up with multiple solutions. The most complex machine looks like an old soda can crusher. A worker puts a pill bottle in the device, pushes down on a lever to depress the cap, and then twists the base to unscrew the cap. “The coat hanger straightener improved Michael’s productivity by 274 percent,” says Rhianna. “Workers at DECI get paid based on the number of tasks they complete, so now he can make almost three times as much money in a given day.

“And before we built the pill bottle opener, that task was inaccessible to Michael,” she continues. “Now he has access to a new job, which is exciting. Hopefully other employees who come to DECI who have use of one hand will have access as well.”

“These products have had a significant impact for our clients,” says Mark Pennington, a manager at DECI. “They’re also going to be very helpful for folks who have learning disabilities. It really broadens the availability of training for our workers.”

After their successful semester, Professor Caves encouraged the team to submit their projects in the national SourceAmerica Design Challenge competition. To the team’s surprise, they were selected as finalists.

This April, they traveled to Washington, DC for the main competition, which included a day of training and workshops, followed by a day-long visit to Capitol Hill to explain to the North Carolina senatorial staff how their devices work and an evening poster session. The third day featured the presentations themselves—15 minutes to demonstrate how their devices work and why they are important.

“We knew that our designs were good, but all the other entries we saw were incredible,” says White. “We tried to go in with minimal expectations, to just have fun with it and use it as an excuse to get more involved with the project. It was really fun getting to go back to DECI months afterward and see our devices being used, but I don’t think any of us actually expected we’d win.”

But win they did.

“We’ve had some finalists before, and in the SourceAmerica Design Competition, we’ve finished in the top three a few other times,” Caves notes. “But this is the first time we’ve won it.” Peering into the Future

With their senior years and the design competition behind them, the winning women are moving on to the next phase in their careers. Caitlin is working with Teach for America in downtown Indianapolis, Courtney is looking for industry jobs while continuing to work in her laboratory and Rhianna plans to take a year or two off of academics to work in a research lab before applying to graduate school.

As for Al, he is entering high school and maybe wants to be an animator someday—he enjoys drawing bizarre creatures like giant slugs with spiked shells and elephant heads.

The Lees have high hopes that he’ll reach his goals. A new medication was recently introduced that has been effective in about 50 percent of cystic fibrosis cases. Rather than simply treating symptoms, it tries to correct the root of the problem—the misfolded proteins.

While the new treatment wouldn’t help Al’s specific mutations, its development shows the progress that is possible. In her senior year, Rhianna took a class about genetic engineering, which included a section on CRISPR—a hot new genetic engineering tool that holds great potential for a vast array of genetic diseases, including cystic fibrosis.

There is much that can be done, and much still to do, to help Al and others with cystic fibrosis.

“But first I hope to learn more about the research and get my foot in the door,” says Rhianna. “Whatever comes next, Duke has prepared me for my future by pushing me. Duke has pushed my understanding, pushed me to discover new interests and pushed me to endure even when problems seemed too big to solve. And now that I have survived four years at Duke, I feel prepared to push on and survive the future.”