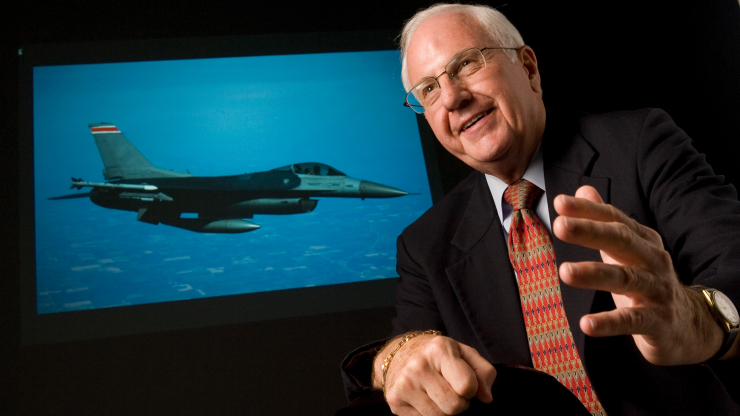 The American Society of Mechanical Engineers (ASME) has honored Earl H. Dowell with the 2022 Thomas K. Caughey Dynamics Medal “for significant contributions to the field of nonlinear dynamics in fluid-structure interactions, aeroelasticity and structural vibrations.”

"It is an honor to receive the medal named after Tom Caughey, one of our most distinguished scholars in dynamics,” Dowell said. “And, of course, it is a privilege to join those colleagues and friends who are past recipients. I am most grateful to the selection board members for their confidence in me.”

"It is an honor to receive the medal named after Tom Caughey, one of our most distinguished scholars in dynamics.”

Thomas K. Caughey, a longtime faculty member at the California Institute of Technology, was highly influential in the field of vibration engineering—from earthquake prediction to control of spacecraft.

Dowell is an international leader in computational modeling and experimentation for aeroelastic systems in which fluids and structure interact. The most dramatic interaction is a dynamic instability called flutter. Dowell’s contributions to understanding and preventing such an instability include the first definitive correlation of theory and experiment for the flutter of skin panels on supersonic aircraft in collaboration with an early mentor, Herb Voss of Boeing. Later work with Prof. Dewey Hodges of Georgia Tech led to the first nonlinear model of rotor blades and their aeroelastic response.

This award is Dowell’s fourth from ASME and one of many honors by peers recognizing his contributions and lasting influence in this field. Others include election to the National Academy of Engineering, the 2016 American Institute of Aeronautics and Astronautics (AIAA) Reed Aeronautics Award—the highest individual honor for notable achievement in aeronautics—and fellowships in ASME, AIAA and the American Academy of Mechanics.

Dowell will receive the Caughey Medal during the ASME's 2022 International Mechanical Engineering Conference and Exposition, Oct. 30-Nov. 3, in Columbus, Ohio.

Designing for the Future of Safe Flight, Energy Generation and National Security

Keeping Airplanes, Rockets and Helicopters in the Sky