Dzirasa named to the National Academy of Medicine 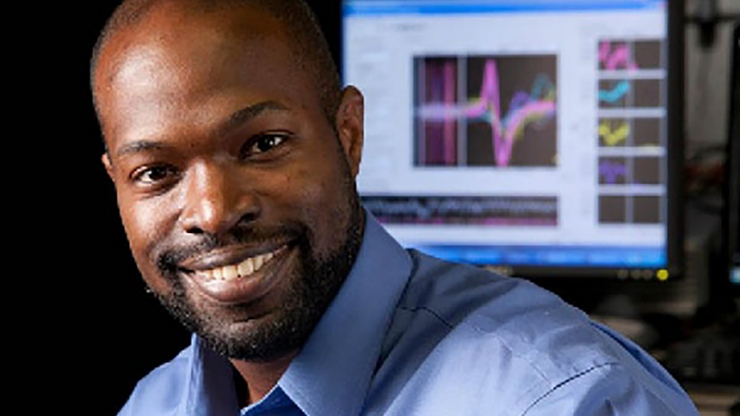 This story originally appeared on the Duke University School of Medicine website.

Kafui Dzirasa, MD, PhD, the K. Ranga Rama Krishnan Associate Professor in the Department of Psychiatry and Behavioral Sciences, has been elected to the prestigious National Academy of Medicine (NAM). Election to NAM is considered one of the highest honors in the fields of health and medicine and recognizes individuals who have demonstrated outstanding professional achievement and commitment to service.

Dzirasa is a psychiatrist and engineer examining the role of brain electricity in mental health disorders. His research involves using engineering approaches to uncover how changes in brain circuits lead to psychiatric illness, including depression, bipolar disorder, and addiction. He aims to develop new devices to repair brain circuits in individuals suffering from these devastating illnesses. Dzirasa was selected to NAM in recognition of his seminal contributions to the neuroscience of emotion and mental illness; for pioneering methods for massively parallel neural recordings and analysis thereof in mice; and for contributions to society through science policy and advocacy, a commitment to mentoring, and support for efforts to build a diverse and inclusive scientific workforce, according to the Academy.

“I want to extend my congratulations to Dr. Dzirasa on this well-deserved honor. His election to the National Academy of Medicine is one more in an impressive list of distinctions that recognize his important and pioneering accomplishments as a physician-scientist, mentor, champion for diversity and inclusion, and advocate for the underserved,” said Mary E. Klotman, MD, Dean, Duke University School of Medicine.

New members to the National Academy of Medicine are elected by current members through a process that recognizes individuals who have made major contributions to the advancement of the medical sciences, health care, and public health. Dzirasa is one of 100 new members elected this year.

“It is my privilege to welcome this extraordinary class of new members. Their contributions to health and medicine are unmatched —they’ve made groundbreaking discoveries, taken bold action against social inequities, and led the response to some of the greatest public health challenges of our time,” said National Academy of Medicine President Victor J. Dzau. “This is also the NAM’s most diverse class of new members to date, composed of approximately 50% women and 50% racial and ethnic minorities. This class represents many identities and experiences — all of which are absolutely necessary to address the existential threats facing humanity. I look forward to working with all of our new members in the years ahead.”