Merging Policy and Technology for a Resilient Water System 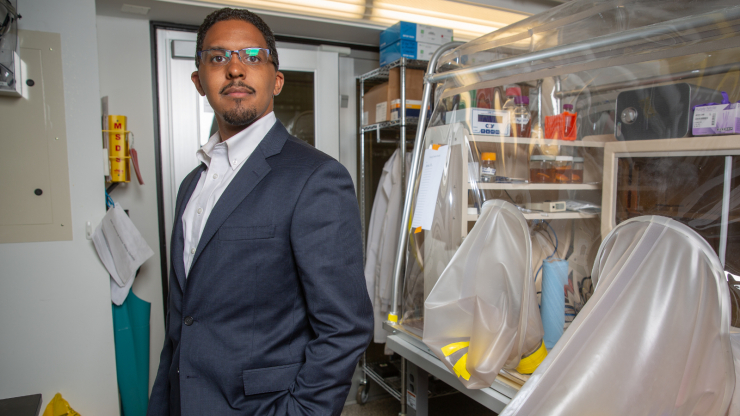 After receiving his PhD, MS and BS in mechanical engineering and a BS in mathematics from the Massachusetts Institute of Technology, Andrew Jones III held an assistant professorship in chemical engineering at Northeastern University for two years. In July 2021, Jones returned to his home state of North Carolina to join the faculty of civil and environmental engineering at Duke University.

Jones’s original interest in mathematical models of fluid dynamics quickly turned to engineering once he discovered his love for experimentation. In graduate school, he was introduced to the idea of microbial fuel cells (MFCs), specifically with bacteria found in wastewater. Fuel cells produce carbon-neutral electricity, and MFCs do so with the aid of living microbes.

A passion for the environment was embedded in Jones at an early age, hence the conversion of wastewater to electricity was immediately appealing. However, he quickly discovered that wastewater bacteria did not thrive in the extreme conditions found in fuel cells, such as low pH or high conductivity. Slowly, he began shifting his focus to another waste-water-related, but widely applicable problem—bacterial biofilms. 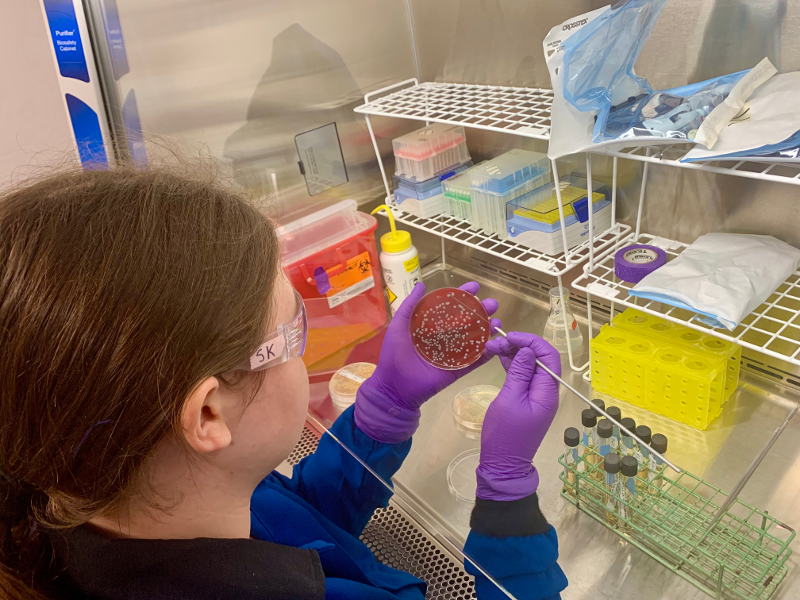 Some bacteria form sticky colonies that readily grow on a variety of surfaces, for example, aquarium walls, or even inside the human body. When the biofilm adheres to water storage tanks, pipes or other parts of the water infrastructure, it poses a threat to the drinking water supply. This interest ultimately branched into multiple directions, spanning from policy analysis for increased access to clean drinking water to new product design for water quality monitoring.

In all of the above, Jones seeks to understand biofilm interactions with different materials in natural, estuary environments, the human body, plumbing and engineered biomaterials. He is also interested in developing products for a more accessible water smart grid to facilitate distributed water generation and safe storage.

The wide relevance of biofilms led to a five-year, $1.9 million grant from the National Institute of General Medical Sciences to develop new tools to study biofilms. These efforts have produced multiple joint projects, both within the department of civil and environmental engineering and the wider university.

Together with the laboratory of CEE Professor Heileen Hsu-Kim’s, they look at developing new, synthetic biofilms that can remove rare earth elements from acid mine drainage or waste streams. He also collaborates with the labs of CEE professors Claudia Gunsch and Mike Bergin to study bio-films in built environments, such as walls or other surfaces where people do not think biofilms exist. 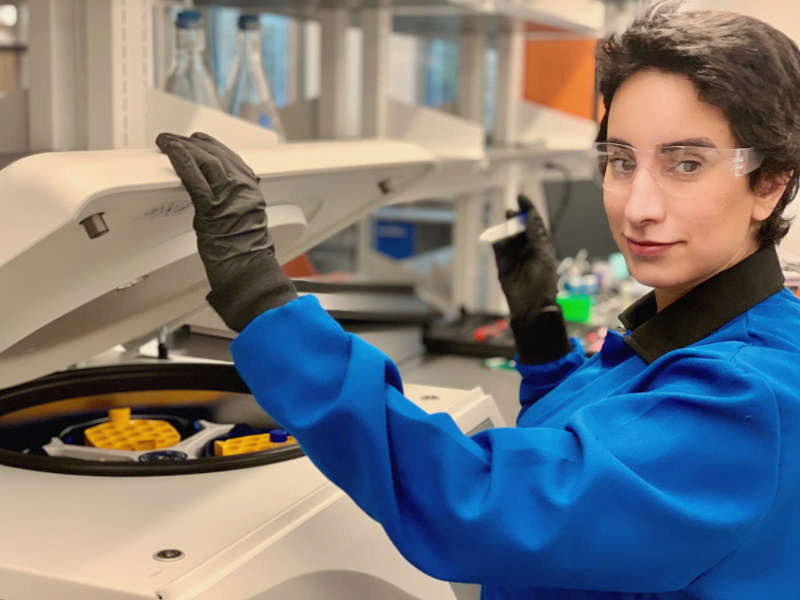 Drawing upon his initial training as a mathematician, Jones also works with several groups from the mathematics department to model fundamental biofilm behavior. Ever a Tar Heel at heart, he is also committed to help North Carolinians benefit from his work, with a particular goal to make access to clean water more equitable, affordable, flexible and resilient.

His team is currently addressing stakeholders’ concerns around tools for water testing, aiming to eventually place heavy metal detectors in people’s homes. Based on a provisional patent developed during seed funding from the Sloan Scholars Mentoring Network, he is already making plans for bringing technology to people. “Our next grant is going to be part testing and verifying the detector reliably provides better and more data and part determining if people use it to make their lives better,” Jones explained.

His policy research is also tied to the equitable distribution of clean water, following Elinor Ostrom’s two frameworks for studying complex governance systems. One is the institutional analysis and development framework, used to determine whether a system is stable or unstable. The other is the social-ecological system framework, which provides a quantitative tool for analyzing resource management.

Jones is hopeful when it comes to plans to implement a smart water grid in North Carolina. “When it comes to emergency management, electrical systems and smart grids, people talk about building resilient, flexible, self-healing infrastructure,” Jones said. “I wonder if we can do the same thing for water, because as soon as a storm or hurricane passes through, one of the things you immediately need is clean drinking water. Many people can live without electricity, but no one can live without water. The goal would be to design a system and a policy framework to ease the implementation of a reliable, self-healing water system.” 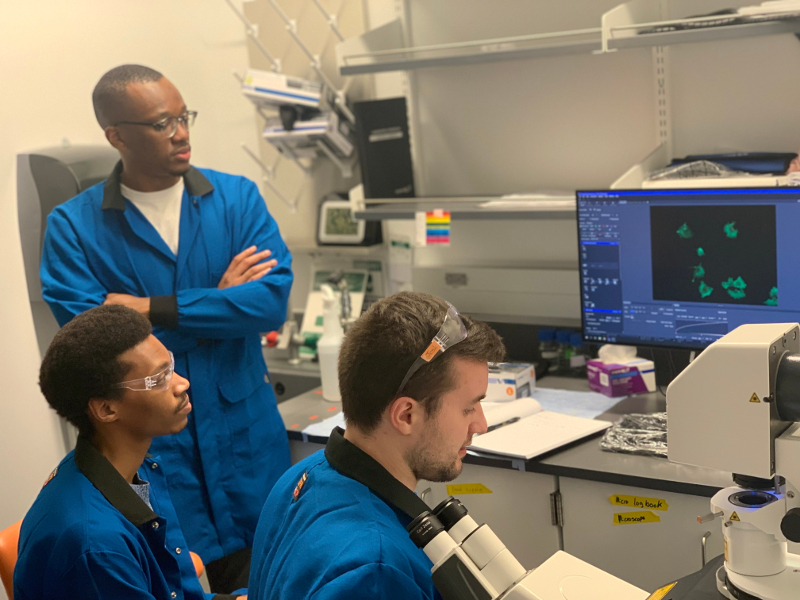 Apart from research, Jones is enthusiastic about teaching an undergraduate fluid dynamics course in the spring, this time from an environmental perspective. As an educator, he tries to emphasize the applicability of classroom topics to real-life scenarios. And sometimes student work ends up having a big impact.

“I replaced exams with projects in my undergraduate classes,” Jones said. “My research on biofilm in blood vessels was actually inspired by a former student’s paper on helical flow in arteriosclerosis. It made me realize that if helical flow can wash away plaques, it can probably wash away biofilm.” Jones will also teach the graduate-level Environmental Transport Phenomena at alternate years, and possibly teach a third class at the intersection of environmental microbiology and ethics.

The decision to join CEE stemmed from a long line of connections and interactions with faculty members and students. Another factor was his increasing focus on environmental problems. During his postdoctoral position, Jones became interested in nanomaterials and discovered papers published by the Center for the Environmental Implications of Nanomaterials (CEINT), directed by CEE Professor Mark Wiesner. The possibility of working with CEINT, the collaborative environment and the close connection of the CEE department to the Nicholas School of the Environment helped cement the commitment.

Outside of academia, Jones enjoys running and cooking, although his life currently revolves around his 20-month-old son. Interestingly, Jones himself spent much of his early years running around Duke, where his father was attending graduate school; the tradition seems to continue as he often brings his own son to play on campus.