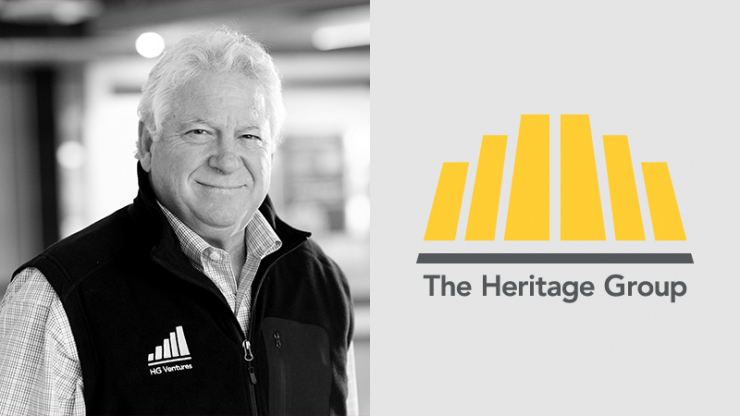 According to Fred Fehsenfeld Jr., one of the most instrumental foundations that Duke built for his career came in the form of an unusual pilot course for the school called Great Books. Together with only three other students and two professors, the group read books from some of history’s great thinkers and discussed the ideas within. The class tackled Machiavelli, Joseph Shumpeter, Karl Marx and others. There was no place to hide within the class’s unique discussion framework. For students like Fehsenfeld, Duke’s engineering curriculum was set apart by both its excellence and rigor in demanding students to expand their academic experience by requiring full participation in all that a liberal arts university has to offer.

“This experience lit a fuse in me that grew over the years into a deep interest in the people side of business,” Fehsenfeld said. “How you develop people, what motivates them, building incentive systems that actually work, and learning how to find win-win solutions. I have learned that if incentives are properly designed up front that things work well with minimal oversight. The search for this important insight began with the most unusual class I ever took.”

While the spark may have been unusual, the results speak for themselves. After earning a Master’s degree in management from the Massachusetts Institute of Technology, Fehsenfeld spent a few years working with ConocoPhillips. In 1977, Fehsenfeld joined his family business and turned around a small, struggling environmental start-up, which grew into the premier privately held environmental services company in the U.S.

This challenging period of his career not only built his credibility within the organization, but also helped shape and develop him to take on more responsibility. In 1980, he was named CEO of The Heritage Group (THG), which had sales of $100 million that year and 1,000 employees. Today, THG is a multibillion-dollar enterprise with 40+ operating companies and 5,000 employees who want to make a difference in advanced materials, specialty chemicals, environmental services, transportation infrastructure and venture capital.

“It’s a story about creating an entrepreneurial environment with strong, clear values, along with a ‘bet’ on young people who surprised even themselves on what could be accomplished if everyone was rowing in the same direction,” Fehsenfeld said. “Our family’s legacy from the very beginning has been that each generation thinks long-term and builds a strong foundation for the next while successfully passing the torch.”

Fehsenfeld’s focus on integrity and trust and his dedication to tackling big problems in service to society can all be traced back to Duke Engineering—as can his love of Duke basketball.

Early in his career while working in ConocoPhillips’s corporate headquarters, Fehsenfeld asked to be transferred into the oil fields of Oklahoma where he would have an opportunity to develop his engineering skills. His immediate boss didn’t quite understand, but ultimately supported his request. After all, there are some things about a business that one can only learn by getting your boots dirty.

His plans got off to a rocky start, however, when he quickly discovered that there were a number of longtime employees stationed in Ponca City that resented his presence very deeply. He found out that he had inadvertently bypassed a long- standing training program and others had been expecting to land the job he’d just walked into.

“I had a real challenge on my hands,” Fehsenfeld said. “I was in the pipeline division, but I didn't really know anything about pipelines. It would have been easy for them to embarrass me if that’s what they had wanted to do.”

What Fehsenfeld did know about, however, was how the corporate office thought and operated. He also knew plenty about people.

Empathizing with the struggles of his new coworkers, Fehsenfeld asked to learn about all of the projects that had been proposed to Corporate and denied. After whittling the list down to three top priorities, they went to work as a team and managed to secure green lights where only red ones had existed before.

According to Fehsenfeld, morale quickly flipped from deeply negative to quite positive. It was a transformative experience for himself as well.

“I learned that whatever you do, you should do it with humility and empathy for a given situation,” Fehsenfeld said. “That’s one key to being a good leader. That, and to make others feel good by giving them credit while taking none for yourself.”

Throughout his life and career, Fehsenfeld has been dedicated to making a difference both professionally and personally in every way he can. Just over 30 years ago, during his honeymoon with his wife Suzie, Fehsenfeld found himself on a Kenyan safari. While Suzie fell in love with the wildlife, he fell in love with the people. Together, they decided that Kenya was more than a vacation and immediately got to work dedicating time, resources and funding to projects striving to save endangered species, educating communities and protecting wild spaces.

“In 2011, Suzie co-founded the Mara Elephant Project, or MEP, with eight rangers in an area where 96 elephants had been poached that year,” Fehsenfeld said. “Over the past decade, MEP has grown to over 60 rangers, having made over 430 arrests and seizing 4,845 pounds of ivory. MEP has worked with the communities that live alongside wildlife providing innovative services that keep both people, and wildlife safe. Last year, there were zero elephants poached in that same area.”

While MEP has helped reduce the threat from poaching, Fehsenfeld notes that other threats such as habitat fragmentation and human wildlife conflict have increased. Never one to quit, they recently brought on a world-class scientist, Dr. Jake Wall, to address these growing issues with creative solutions.

In addition to conservation, the Fehsenfeld family has a personal connection with a difficult health challenge in Kenya—burn injuries. Burns are a leading cause of injury for children stemming from the wide use of open-flame fires at home for cooking, heating and purifying water. Currently, there are no dedicated children’s burn treatment centers in Kenya. As a result, the family has teamed up with doctors in Kenya and Indiana to build the first Children’s Burn Center at a public hospital in the city of Eldoret. The center will break ground later this year and will be the largest public pediatric burn unit in sub-Saharan Africa.

“I’ve spent my entire career using creative problem solving to confront complicated issues,” Fehsenfeld said. “In Kenya, I’m having fun working on something completely different, trying to make a real difference alongside my family. Only this time, I get to be the mentor, supporting the next generation as they navigate complex situations, looking for creative solutions.”

While building a multibillion-dollar corporation and a growing philanthropic effort in Kenya, Fehsenfeld has also managed to find time to indulge in his other favorite pastime—rooting on Blue Devil basketball. It’s helped somewhat that the team often comes to him. Fehsenfeld lives in Indianapolis, Indiana, which one could argue is Duke basketball’s home away from home. They won national titles in the city in 1991, 2010 and 2015. And each time, Fehsenfeld was on hand not only to cheer the team on, but to host hundreds of diehard alumni.

While each of these titles have been memorable, none compare to what happened after the 2010 national championship.

Duke had just defeated Butler, the Indianapolis home team, and Fehsenfeld was fortunate enough to attend the post- game activities in the dark hours of the night. The first thing Coach K said, according to Fehsenfeld, was that, “Butler didn’t lose tonight, college basketball won. It doesn’t get any better than having two small schools with great academics playing for the national title.”

This sparked Fehsenfeld’s imagination. What if he could help bring Duke and Butler together to discuss the business of basketball and best practices? The idea simmered in the back of his head until he was at a Duke Board of Visitors meeting five days later.

“A Butler Trustee was there also, and I shared this ‘fresh idea,” Fehsenfeld recalled. “He got so excited that he insisted I work on it now!” Fehsenfeld stepped out of the meeting and called Duke Director of Athletics Kevin White to ask him if he would be willing to help sponsor such a meeting between Butler and Duke. “Without hesitation he said, ‘We would be honored.’ This is one of the proudest moments I have had as a Duke Alum.” A six-hour meeting amongst peers was held at Cameron, and Duke and Butler now have a special relationship.

Duke Basketball has been a wonderful connector with lifelong friends for Fehsenfeld, many made during his “spirited” first year. “When Duke makes a Final Four, it’s been automatic. We all show up, have fun and do our best to cheer Duke on to victory!” Fehsenfeld said. “Over the years, I have been fortunate to have developed a friendship with Coach K that is really special to me.”

Of course, Fehsenfeld has always been ready to answer the phone when Duke has been the one calling as well. He spent many years on the Pratt Board of Visitors and has helped be a part of many searches for and transitions of new deans.