Less than five percent of Earth’s seafloor has been mapped and explored, but a team of Duke University students is racing to change that.

Originally posted by the Nicholas School of the Environment 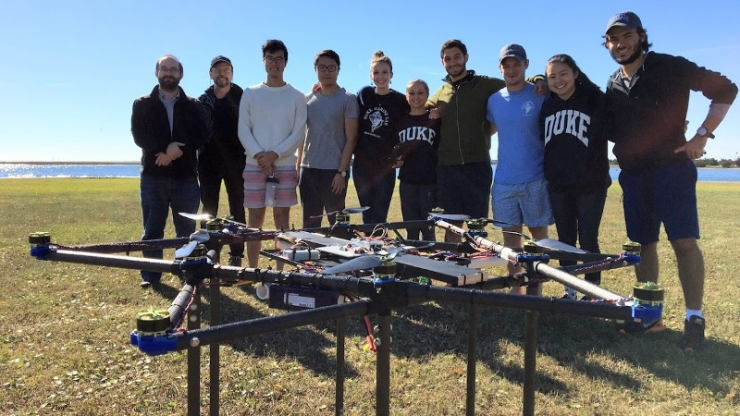 Less than five percent of Earth’s seafloor has been mapped and explored, but a team of Duke University researchers is racing to change that.

The Blue Devils Ocean Engineering team – comprised of faculty and students from Duke’s Nicholas School of the Environment and Pratt School of Engineering – is one of 21 international research teams selected to compete in the 2017 Shell Ocean Discovery XPRIZE, co-sponsored by Royal Dutch Shell and the National Oceanic and Atmospheric Administration (NOAA).

Each team must develop a robotic vehicle that uses autonomous underwater scouting technology to investigate, map, and conduct science at extreme ocean depths and under stringent time constraints.

The winning team will net $4 million. Second place will take home $1 million. And the ten teams that make it to the final round of competition will split another $1 million.

There’s also a bonus $1 million up for grabs to the team whose robot is most capable of tracing a biological and chemical signal to its hidden source on the ocean floor.

Currently there are 50 students involved in the project.

Their entry uses unmanned aerial vehicles – or drones – that will drop and scatter sonar-capable pods into the ocean. Once they sink to the bottom, the remote-controlled pods will  create 3D maps of the sea floor. They will then resurface, and be retrieved by the drones. 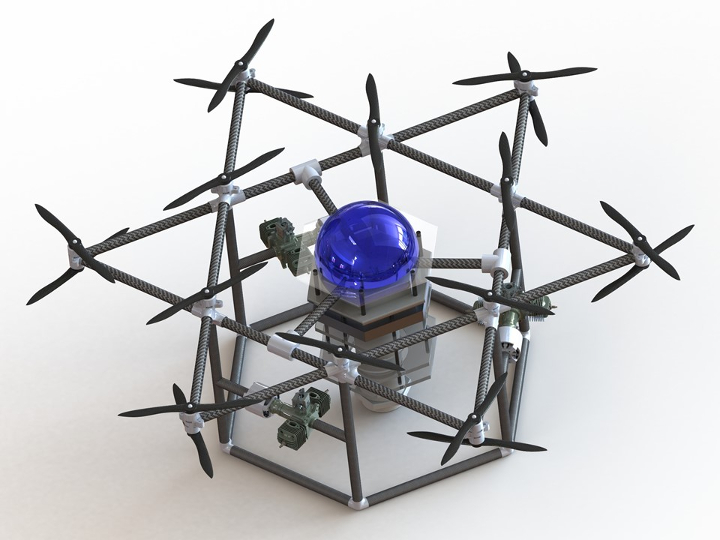 The competition will be held in two rounds. In round one, each team’s device will need to submerge 6,500 feet below the surface and map at least 20 percent of the sea floor in a designated test area covering 193 square miles – or about ten times the size of Manhattan. At these depths, pressures on the robots can reach 2,800 pounds per square inch.

Total time allowed to complete this round of the challenge is 16 hours.

The ten top-performing teams will advance to the final round, in which the drones will have 24 hours to map at least 50 percent of the seafloor and identify ten underwater features at another site 13,000 feet below the surface.

Most of the students involved in the team are taking senior design classes in electrical and computer engineering (ECE) or mechanical engineering and materials science, well as ECE 449 “Sensor and Sensor Interfaces” and ECE 496 “Advanced Robotic System Design.”

A team of nine students, both undergraduate and graduate, attended the XPRIZE summit held earlier this year in San Diego to present the Duke team’s entry to the competition judges. These students were Sam Kelly, Henry Quach, Kelsey Evezich, Lucia Martos Jimenez, Allen Bento, Jonathan Buie, Peter Murphy IV, Kalee Hicks and Vaishakhi Mayya.  Mayya will also lead a Data+ program this summer to work on the data analysis for the contest.
###