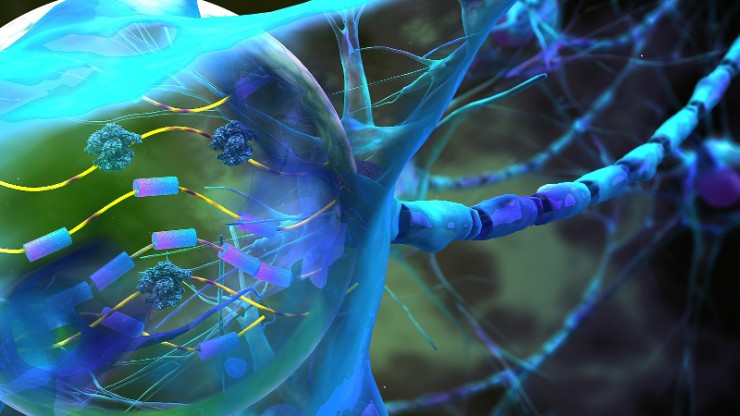 Hemophilia. Cystic fibrosis. Duchenne muscular dystrophy. Huntington’s disease. These are just a few of the thousands of disorders caused by mutations in the body’s DNA. Treating the root causes of these debilitating diseases has become possible only recently, thanks to the development of genome editing tools such as CRISPR, which can change DNA sequences in cells and tissues to correct fundamental errors at the source—but significant hurdles must be overcome before genome-editing treatments are ready for use in humans.

Enter the National Institutes of Health Common Fund’s Somatic Cell Genome Editing (SCGE) program, established in 2018 to help researchers develop and assess accurate, safe and effective genome editing therapies for use in the cells and tissues of the body (aka somatic cells) that are affected by each of these diseases.

Today—with three ongoing grants totaling more than $6 million in research funding—Duke University is tied with Yale University, UC Berkeley and UC Davis for the most projects supported by the NIH SCGE Program.

In the 2019 SCGE awards cycle, Charles Gersbach, the Rooney Family Associate Professor of Biomedical Engineering, and collaborators across Duke and North Carolina State University received two grants: the first will allow them to study how CRISPR genome editing affects engineered human muscle tissues, while the second project will develop new CRISPR tools to turn genes on and off rather than permanently alter the targeted DNA sequence. This work builds on a 2018 SCGE grant, led by Aravind Asokan, professor and director of gene therapy in the Department of Surgery, which focuses on using adeno-associated viruses to deliver gene editing tools to neuromuscular tissue.

“There is an amazing team of engineers, scientists and clinicians at Duke and the broader Research Triangle coalescing around the challenges of studying and manipulating the human genome to treat disease­­––from delivery to modeling to building new tools,” said Gersbach, who with his colleagues recently launched the Duke Center for Advanced Genomic Technologies (CAGT), a collaboration of the Pratt School of Engineering, Trinity College of Arts and Sciences, and School of Medicine. “We’re very excited to be at the center of those efforts and greatly appreciate the support of the NIH SCGE Program to realize this vision.”

For their first grant, Gersbach will collaborate with fellow Duke biomedical engineering faculty Nenad Bursac and George Truskey to monitor how genome editing affects engineered human muscle tissue. Through their new project, the team will use human pluripotent stem cells to make human muscle tissues in the lab, specifically skeletal and cardiac muscle, which are often affected by genetic diseases. These systems will then serve as a more accurate model for monitoring the health of human tissues, on-target and off-target genome modifications, tissue regeneration, and possible immune responses during CRISPR-mediated genome editing.

Bursac adds, “We have a long history of engineering human cardiac and skeletal muscle tissues with the right cell types and physiology to model the response to gene editing systems like CRISPR. With these platforms, we hope to help predict how muscle will respond in a human trial.”

Gersbach will work with Tim Reddy, a Duke associate professor of biostatistics and bioinformatics, and Rodolphe Barrangou, the Todd R. Klaenhammer Distinguished Professor in Probiotics Research at North Carolina State University, on the second grant. According to Gersbach, this has the potential to extend the impact of genome editing technologies to a greater diversity of diseases, as many common diseases, such as neurodegenerative and autoimmune conditions, result from too much or too little of certain genes rather than a single genetic mutation. This work builds on previous collaborations between Gersbach, Barrangou and Reddy developing both new CRISPR systems for gene regulation and to regulate the epigenome rather than permanently delete DNA sequences.

Aravind Asokan leads Duke’s initial SCGE grant, which explores the evolution of next generation of adeno-associated viruses (AAVs), which have emerged as a safe and effective system to deliver gene therapies to targeted cells, especially those involved in neuromuscular diseases like spinal muscular atrophy, Duchenne muscular dystrophy and other myopathies. However, delivery of genome editing tools to the stem cells of neuromuscular tissue is particularly challenging. This collaboration between Asokan and Gersbach builds on their previous work in using AAV and CRISPR to treat animal models of DMD.

“We aim to correct mutations not just in the mature muscle cells, but also in the muscle stem cells that regenerate skeletal muscle tissue,” explains Asokan. “This approach is critical to ensuring long-term stability of genome editing in muscle and ultimately we hope to establish a paradigm where our cross-cutting viral evolution approach can enable efficient editing in multiple organ systems.”

Click through to learn more about the Duke Center for Advanced Genomic Technologies.