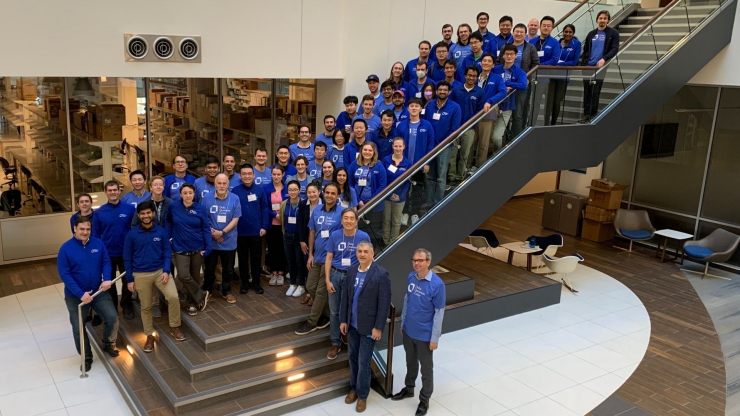 The Duke Quantum Center (DQC) launched in 2020 with the idea of making its quantum computers available to anyone with an intractable problem to solve. Users from business, government and academia, whose challenges might range from modeling exotic materials to solving theoretical problems in nuclear physics, would be able to leverage the expertise of DQC’s team of world-class quantum information scientists and engineers.

Now, the idea is a reality. DQC officially kicked off with a two-day workshop last week, introducing more than 100 current and potential collaborators from around the world to the unique capabilities of its quantum user facility. The event was held in downtown Durham’s historic Chesterfield Building—a cigarette factory turned state-of-the-art lab space—where DQC is headquartered.

Since DQC launched in 2020 with support from the U.S. Department of Energy, a team of world-class researchers from across Duke University has coalesced around the mission of designing quantum computers for custom applications. The group includes faculty from the Departments of Physics, Computer Science, and Electrical and Computer Engineering, and is led by Duke ECE professor Christopher Monroe. With his Duke ECE colleague Jungsang Kim, Monroe also cofounded a publicly traded quantum computing company, IonQ, which claims a world record for quantum computing speed.

Quantum Computing and Its Growing Presence at Duke: Get to Know Crystal Noel