After the economic downturn of the late 2000s hit America, it became difficult for college students to find jobs—not only new graduates, but summer internship seekers as well. Many students, however, found a silver lining. Instead of moping about poolside for three months, they flocked to different countries—and undergraduates at Pratt were no exception.

The number of Pratt students studying abroad during the summer nearly doubled from 2009 to 2010, jumping from 19 to 34, and has remained high despite the stabilizing economy. And those are just the numbers for the summer term—foreign studies are up during the school year as well.

The joint trends have led to 103 students studying abroad during the 2013-2014 academic year, a record for Pratt and double the number from a decade before. Thanks to these consistent numbers, roughly 30 percent of Pratt’s Class of 2014 studied abroad at some point during their undergraduate career—a number far higher than at most other engineering schools.

And that’s a good thing.

“Engineers aren’t just working in a U.S. environment anymore,” said Amanda Kelso, head of Duke’s Global Education Office, which promotes undergraduate study abroad opportunities. “Work teams are located around the world. Engineers are going to be on conference calls with teams in Israel, China, and Japan all at once. Rarely will people be working on a product that is entirely made and sold in a single country. It’s imperative for engineers to have a cultural understanding.” 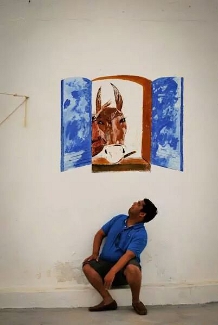 A Summer Dip into the Humanities

Not only are more Pratt students studying abroad, they’re also studying in more destinations, particularly in the summer. This year, students are visiting Australia, China, France, Germany, Greece, Italy, Morocco, Singapore, South Africa, Spain, Switzerland, Turkey, and the United Kingdom. And because there are no approved foreign engineering classes available during the summer, students are opting to round out their knowledge base in a wide variety of fields.

Safkat Islam, a rising junior in electrical and computer engineering who’s also working on a markets and management studies certificate, spent the summer of 2013 learning about philosophy in its birthplace. His class traveled to Greece to learn about the origins of philosophy and how it affected the places and monuments of the time.

In 2014, Islam is taking business courses in Geneva that will count toward his markets and management studies certificate. He envisions a potential career path in consulting, but believes his experiences abroad will be beneficial no matter where he ends up.

“I wanted to broaden my academic experience by branching out and learning more about other fields and more about the world,” said Islam. “The courses are helping to keep my writing skills fresh, too, as there isn’t a lot of writing in engineering, especially in the technical classes.”

Adding Culture Outside of the Classroom

The number of students studying abroad in the fall semester is also up, rising from 38 to 59 between 2011 and 2013. This trend is especially apparent in the mechanical engineering and materials science department, where the tally has risen from 18 students five years ago to 31 this past year—due largely to the department certifying more foreign programs and making more classes at Duke available during both fall and spring semesters, giving students flexibility during the school year. 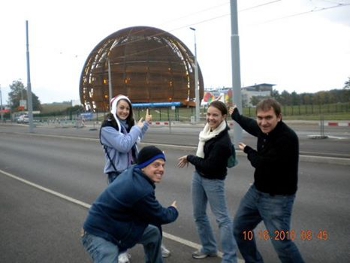 Because there are fewer engineering courses available abroad in the fall and spring semesters, however, the variety of destinations during the school year has not increased. Longstanding programs in Australia and the United Kingdom that offer engineering classes have dominated the fall semester, attracting more than 70 percent of study-abroad students in the fall semester of 2010—a trend that Pratt is encouraging students to break out of.

About five years ago, three students recently did just that by taking a chance and signing up for a then-newly approved Georgia Tech program in Lorraine, France. 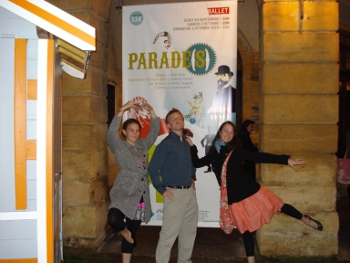 “We were within a three-hour train ride from five different countries, so we could take the train and see different cultures and learn about different people,” said Lieberman, now a senior associate analyst at Metron Aviation. Lieberman said that he struck out on his own and immersed himself in the local culture by talking to the townspeople while doing a research project on the history of a local community. Along with Wisdom, the pair also reached out to the local synagogue and experienced a French Chanukah as well as candle lightings and a Shabbat dinner at a youth rabbi’s house.

Britt bought a train pass good for 10 trips throughout Europe and took the opportunity to visit several other countries, including voyages to see friends she had made the previous summer during a Duke Engage trip to Nicaragua.

All of them have found the experience well worth the time and effort.

“A lot of people think engineers only need to deal with numbers and equations and don’t need to bother with the softer sciences, but that’s so far from the truth,” said Wisdom, now a graduate research fellow at Stanford University. “In an increasingly global economy, everyone is going to be working or conducting research with people of different ethnicities, and studying abroad gives you the empathy to more easily recognize when your foreign peers or co-workers are uncomfortable or unfamiliar with domestic customs.”

“Having to overcome challenges like navigating the grocery store or learning a foreign train system was a huge benefit,” echoed Britt, now a research and development engineer at Edwards Lifesciences. “And it also helped me become fluent in French, which was extremely valuable when my company asked me to go to France. I was able to speak with the doctors I was interviewing in their native tongue. It was an amazing way to connect with them, and I would not have felt comfortable doing that had it not been for my time living in France while at Duke.”

Looking for the Next Lorraine 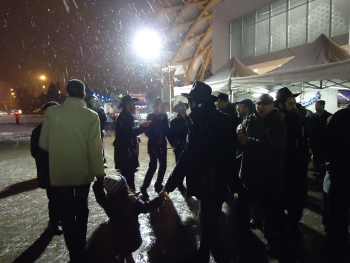 Word spread about the fantastic experiences had by these three pioneers, and the program’s enrollment jumped to 15 by 2013. It’s a trend that will hopefully continue, not just in the Georgia Tech Lorraine program, but in opportunities yet to be discovered.

“I think having a global experience before you graduate makes you more marketable to industry,” said Linda Franzoni, dean for undergraduate education at Pratt. “But I also think they want students who are open-minded enough to get out of their comfort zone, like what Kevin, Amanda, and Katrina did. If your experience abroad is really the experience of a tourist with a group of friends, it’s not the same thing as the single student who has to struggle with the mass transit system or getting along with people who aren’t like you.

“What I love to hear is when somebody is interested in a particular topic or technical area and looks for a place to study abroad where there is expertise in that area,” continued Franzoni. “Instead of studying that topic for one week in a class at Duke, the student could decide to go to Iceland, for example, because geothermal energy is studied in-depth there. What employer wouldn’t want to hire that person?”