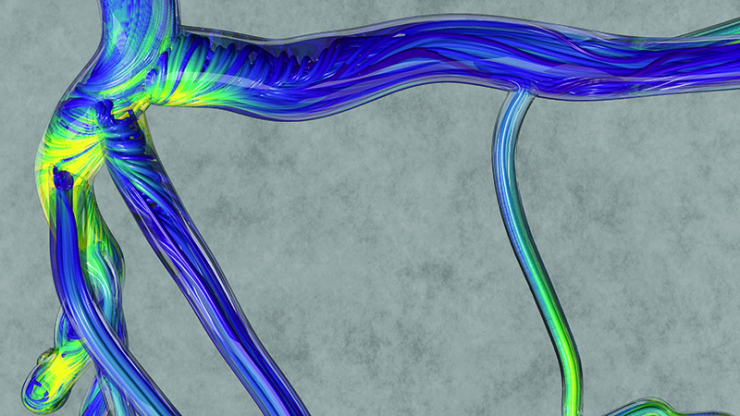 Amanda Randles, the Alfred Winborne and Victoria Stover Mordecai Assistant Professor of Biomedical Sciences at Duke, has been named one of the recipients of a high-impact computational science award through the Innovative and Novel Computational Impact on Theory and Experiment (INCITE) program.

Run by the U.S. Department of Energy’s Office of Science, these awards pursue transformational advances in science and engineering and account for 60 percent of the available time on the leadership-class supercomputers at DOE’s Argonne and Oak Ridge national laboratories. 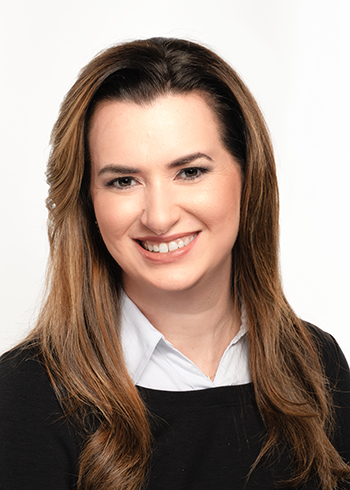 Randles has a long history of developing supercomputer models of blood flowing through the human vascular system down to the cellular level and using them to help improve clinical outcomes In this project, she is creating digital replicas of microfluidic devices that will allow researchers to extract a wider range of characteristics from computational models than can be directly measured in laboratory experiments.

With thousands to millions of cells in a device, there are an exorbitant number of potential orientations cells can be in. Because a single representative simulation isn’t enough to represent the complexity of what’s actually happening, researchers must run the program many times. But because each simulation is very costly in both time and money, getting enough data can be challenging. This new work seeks to develop methods to improve the accuracy of the models, improve the efficiency of the individual simulations and optimize the workflow for sampling the full state space to make multiple runs easier to accomplish.

Jointly managed by the Argonne Leadership Computing Facility (ALCF) and the Oak Ridge Leadership Computing Facility (OLCF), the INCITE program is the primary means by which the facilities fulfill their mission to advance open science by providing the scientific community with access to their powerful supercomputing resources. The ALCF and OLCF are DOE Office of Science user facilities.

The ALCF’s systems include Theta, a 16-petaflop Cray XC40 system bolstered by NVIDIA A100 GPUs, and Polaris, a 44-petaflop HPE Apollo 6500 Gen10+ system that will give scientists and application developers a platform to test and optimize codes for Aurora, Argonne’s upcoming Intel-HPE exascale supercomputer.

This year’s INCITE awards are notable for including the first allocations on Frontier, the OLCF’s flagship HPE Cray EX system, which debuted in May as the world’s fastest supercomputer with 1.1 exaflops of performance and a theoretical peak performance of 2 exaflops. OLCF also offers users allocations on Summit, a 200-petaflop IBM AC922 machine.

Randles Named a 2020 Young Innovator in Cellular and Molecular Engineering