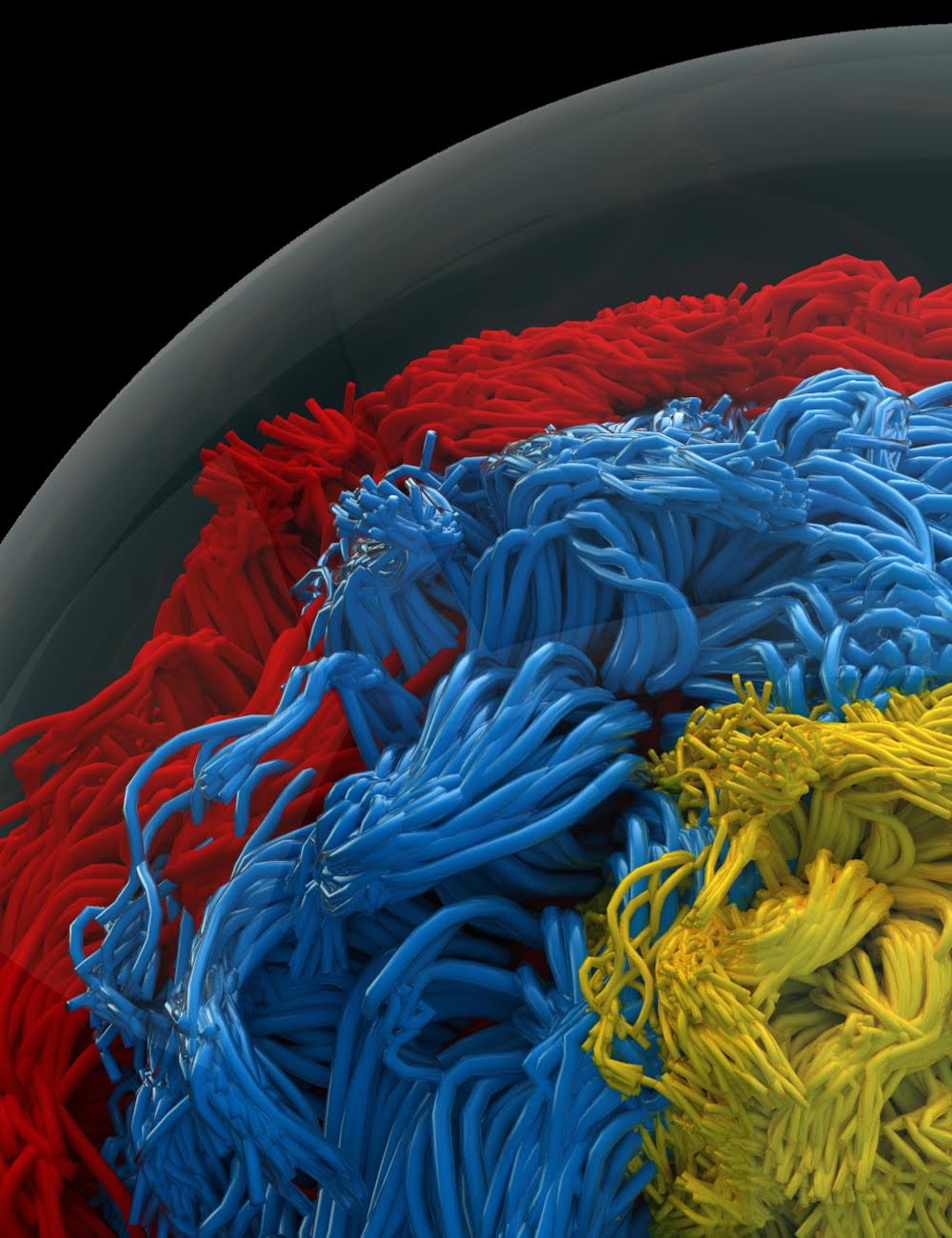 Biomedical engineers at Duke University and the University of New Mexico have engineered the first examples of biomimetic structures composed of a mysterious class of proteins that lack any sort of internal structure. The advance may help scientists investigate functioning cells and provide a new route to targeted drug delivery and regenerative medicine.

The hallmark of a protein's function is its ability to fold into intricate pieces of origami to interact with specific biomolecular structures. While researchers work to identify hundreds of thousands of unknown protein structures to better understand them, a different class of proteins has flown somewhat under the radar.

Originally reported as little dots within cells for a lack of a better term, these proteins form fluid, gel-like assemblies or particles that have no set or identifiable internal structure. They are "intrinsically disordered," much like a clump of spaghetti that, while completely random, still stays resolutely together while being served to a hungry family.

Reports show, however, that these proteins are instrumental to cellular function, performing actions like controlling where reactions happen and bringing molecules together in specific locations. But due to their disordered nature, engineering them in the laboratory remained a challenge.

In a paper published on Jan. 30 in the journal Nature Chemistry, researchers from Duke University, the University of North Carolina, Chapel Hill and the University of New Mexico (UNM) reveal the ability to control the self-assembly and disassembly of these structures in an organized manner. The advance will allow more thorough studies of these interesting proteins, while also providing new opportunities for biomedical applications.

"One of our major efforts has been to understand the self-assembly of these types of proteins and use them as building materials," said Gabriel Lopez, vice president for research at UNM, who began the work as director of the Materials Research Science and Engineering Center (MRSEC) at Duke University. "Usually you don't think of proteins in material science, but our focus was to use proteins as materials to make larger structures."

"It's been a long journey," echoed Ashutosh Chilkoti, chair of the Biomedical Engineering Department at Duke who helped lead the effort. "There's been a lot of work done on understanding their cellular functions, but not very much on engineering them. This work will help us better understand these complex particles and find new uses for them."

In the paper, the researchers describe a process resembling the oil and water droplets that form in salad dressing. Except here, the "oil" is drop of a concentrated protein solution whose size and formation is triggered by environmental stimuli. This allows the creation of droplets that will coat one another, like assembling an onion of different proteins that form concentric layers.

The researchers show they can genetically program when the various stages of 'onion formation' happen. As the temperature is raised, for example, the proteins go from being soluble to insoluble so that they form a protein-rich droplet. With several such proteins in a solution, further increases in temperature cause a second protein to form a layer around the first. Other environmental factors, such as pH levels, can also trigger such formations. 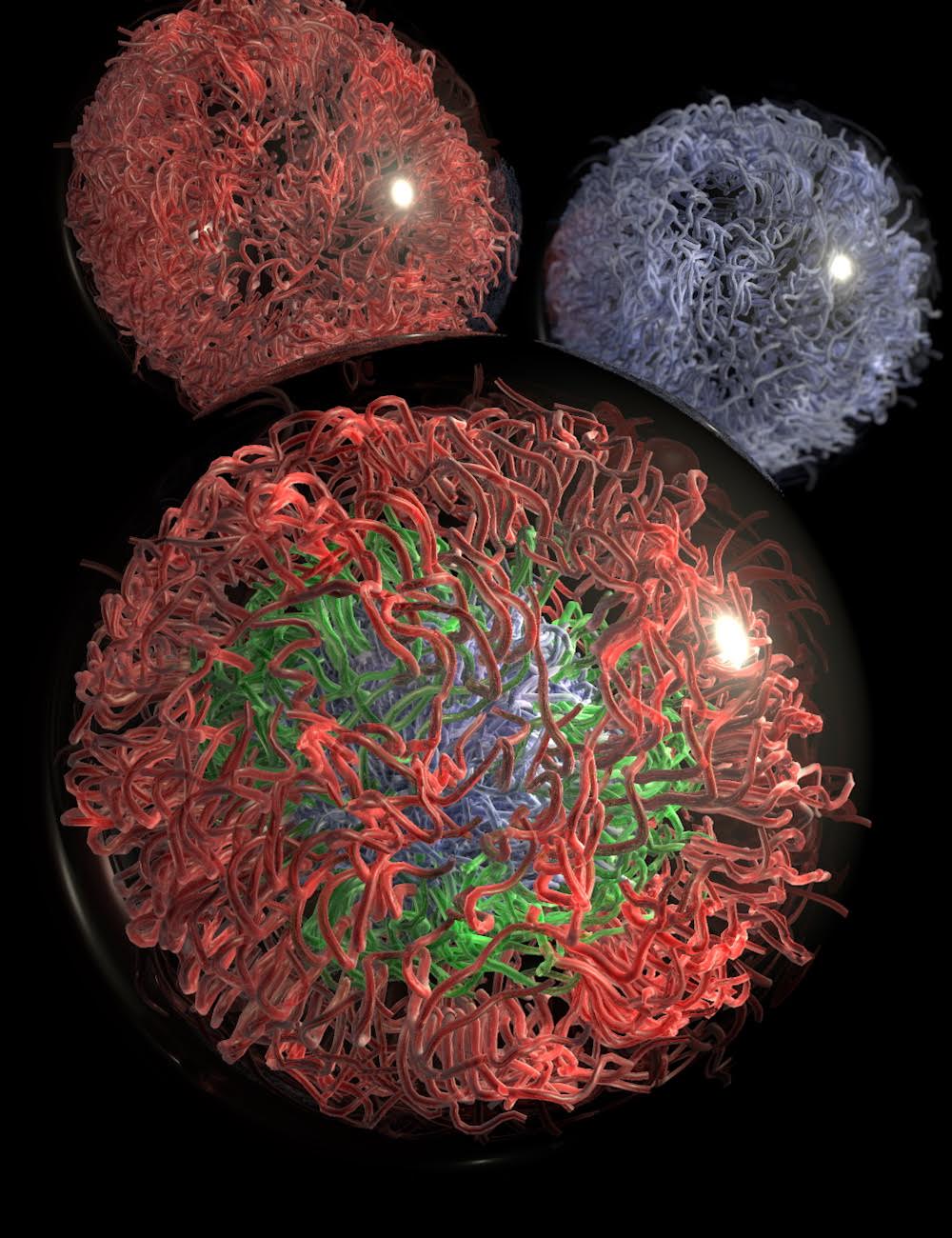 "It was important to verify that we have two separate 'knobs' to turn to adjust the sequence and the type of layers in this 'onion,'" said Michael Rubinstein, the John P. Barker Distinguished Professor of Chemistry at the University of North Carolina at Chapel Hill. "We can either change the sequence of amino acids in the proteins or vary the number of these amino acids per molecule. We can also add proteins containing hydrophobic and hydrophilic blocks that act like soap breaking some layers of our 'onions' into tiny droplets that look like raisins in a muffin."

"I hope the platform we have developed will help us understand how different genetic sequences in disordered proteins influence their behavior and function," said Joseph Simon, a graduate student in Chilkoti's group at Duke who is the co-first author on the paper. "The ability to make onion-like particles of these proteins and control their size will allow for their use in a multitude of exciting applications."

One application disordered proteins could be used for is drug delivery. The researchers already are making small particles that can be loaded with drugs and targeted to tumor or disease sites for delivery.

Another area involves tissue engineering, where each droplet might carry a cell for tissue assembly that could repair a portion of a damaged organ. For example, these little droplets could carry the building blocks of functional cardiac muscle that could replace damaged tissue after heart attack. They could even form the basis for a biological "toner" for use in a bio-printer.

"We want to better understand the rules governing their assembly to not only leverage the functionality of these proteins for medical applications, but also to investigate deregulated protein phase transitions in cells thought to contribute to various disease," said Nick Carroll, assistant professor of chemical and biological engineering at UNM. "We're just beginning to understand these structures and their applications, so it's a very exciting discovery."