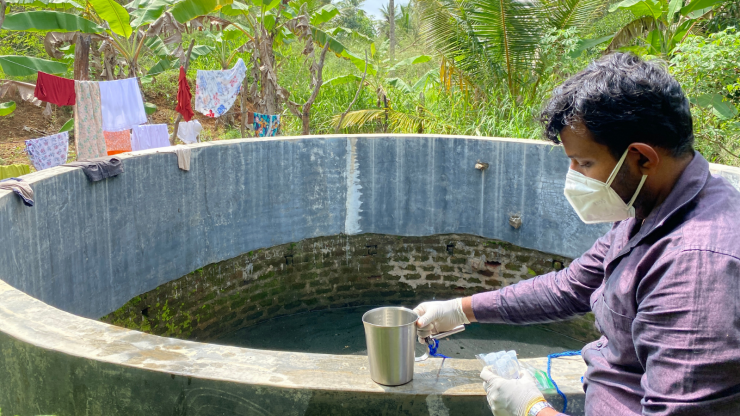 As an undergraduate chemistry major at Union College, Jake Ulrich studied abroad in Vietnam, where water wasn’t safe to drink straight from the tap—it either had to be boiled first or bought. An internship with a local non-governmental organization that studied and reported on the water quality of the lakes within the city of Hanoi piqued his interest in environmental systems. He wanted to learn more.

At the same time, Ulrich began applying to graduate schools, Lee Ferguson’s lab was rising to national prominence. Ferguson, a civil and environmental engineering professor at Duke University, is an analytical chemist. One of his areas of expertise is mass spectrometry, which can identify contaminants and trace them back to their source. After a polyfluorinated alkyl substance called GenX was discovered in 2017 in the drinking water supply for Wilmington, North Carolina, Ferguson helped design and implement a program to test every public drinking water source across the state for these “forever chemicals.”

Ulrich joined Ferguson’s lab as a PhD student in 2017, wanting to build on his analytical instrumentation skills, specifically in mass spectrometry. Five years later, this expertise detoured his laboratory work to a plane bound for Sri Lanka to investigate a cluster of chronic kidney diseases—a trouble widely believed to be tied to pollutant mixtures in the region’s drinking water. 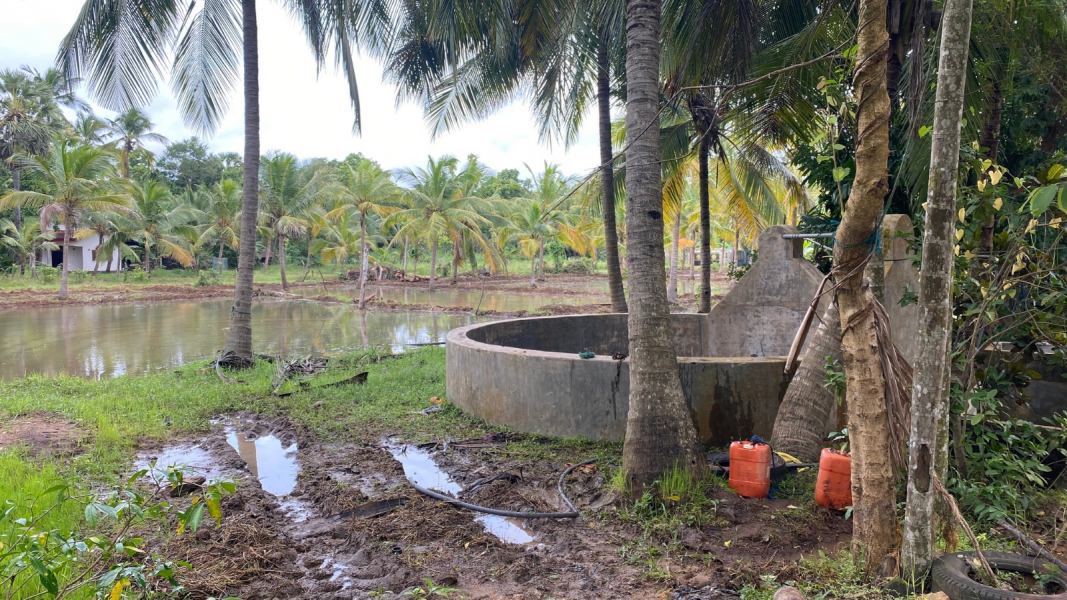 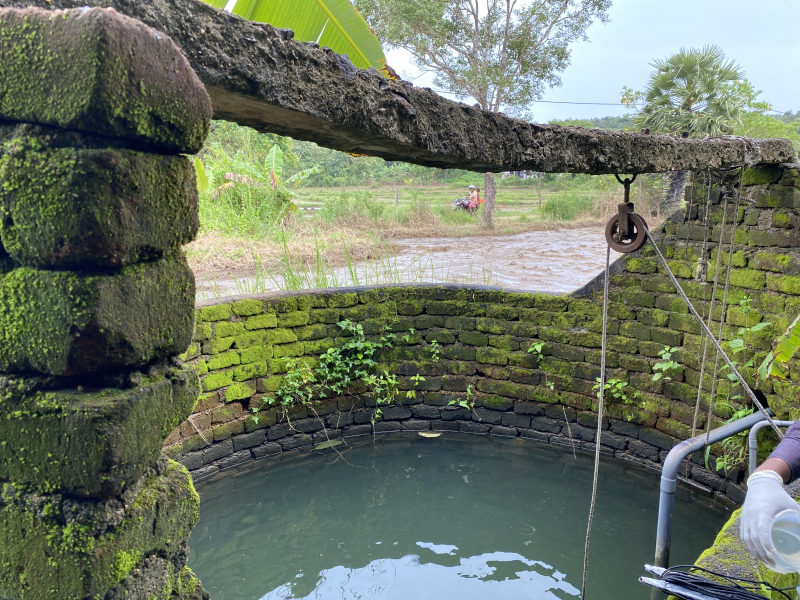 “The existence of this disease is common knowledge in Sri Lanka,” said Nishad Jayunsundara, an assistant professor at the Nicholas School of the Environment. Jayasundara began working on the problem as a postdoctoral researcher in professor Rich Di Giulio’s lab at the Duke Superfund Research Center, with initial support from the Duke Global Health Institute. But to really understand the cluster’s origins, Jayasundara believed the Ferguson lab’s expertise in analytical chemistry could serve as a powerful tool. He proposed collaborating on the project, and for Ulrich, it was a perfect fit.

“We decided to attack from two sides,” said Ulrich. “Professor Jayasundara’s lab will focus on toxicology, and the Ferguson lab will look at chemistry. We can harmonize the data to see if we can get a clear picture of what’s in the water and how it might be impacting the health of the people in Sri Lanka.”

"We can harmonize the data to see if we can get a clear picture of what’s in the water and how it might be impacting the health of the people in Sri Lanka.”

Ulrich spent several years designing and planning a large water sampling program, then spent six weeks with Jayasundara implementing it in Sri Lanka. Along with guides and University of Ruhuna collaborators, they piled into a van between midnight and 2:00 AM each day to arrive at their rural destinations a sliver of sun past daybreak. They collected well water alongside urine samples and demographic information from people in these communities over multiple days in a campaign that, by its end, encompassed more than 200 different wells across several regions. 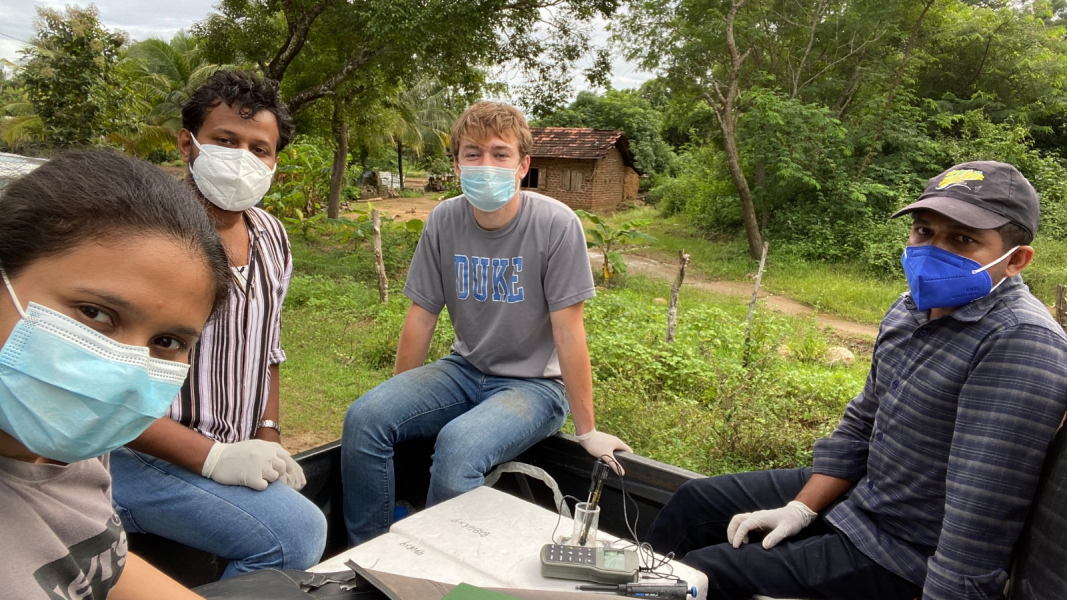 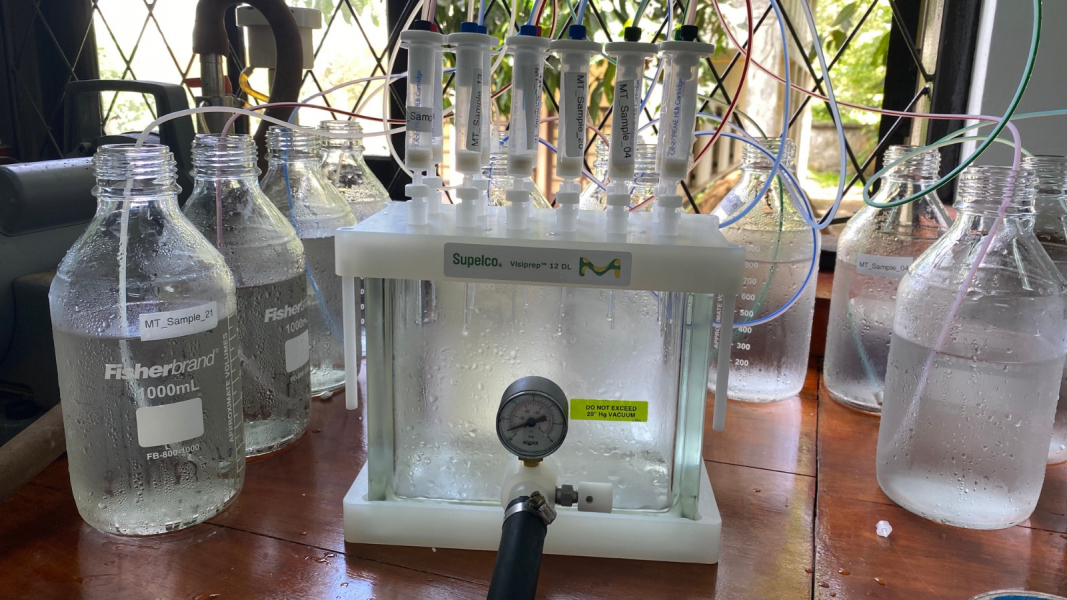 Each of the hundreds of well water samples started at around a liter in volume, but Ulrich developed some processing techniques to make the logistics of transport more manageable. Processing of the samples began at the University of Ruhuna, using a vacuum filtration system to pull the suspended solids out of the well water. A small, commercially available cartridge then captured the organic chemicals contained in the sample with a special polymer, retaining them for later analysis. “Instead of dealing with hundreds of liters of water, we were able to bring back hundreds of cartridges, which weigh much less and take up less space,” explained Ulrich. Back at Duke, he could remove the material on the cartridges with solvents and use mass spectrometry techniques to identify them.

In most environmental assessment cases, chemical contaminants are targeted one by one.

But high-resolution mass spectrometry’s superpower lies in the breadth of different molecules it’s able to consider at once and its unerring ability to identify them based on their molecular weight, even at very low concentrations. 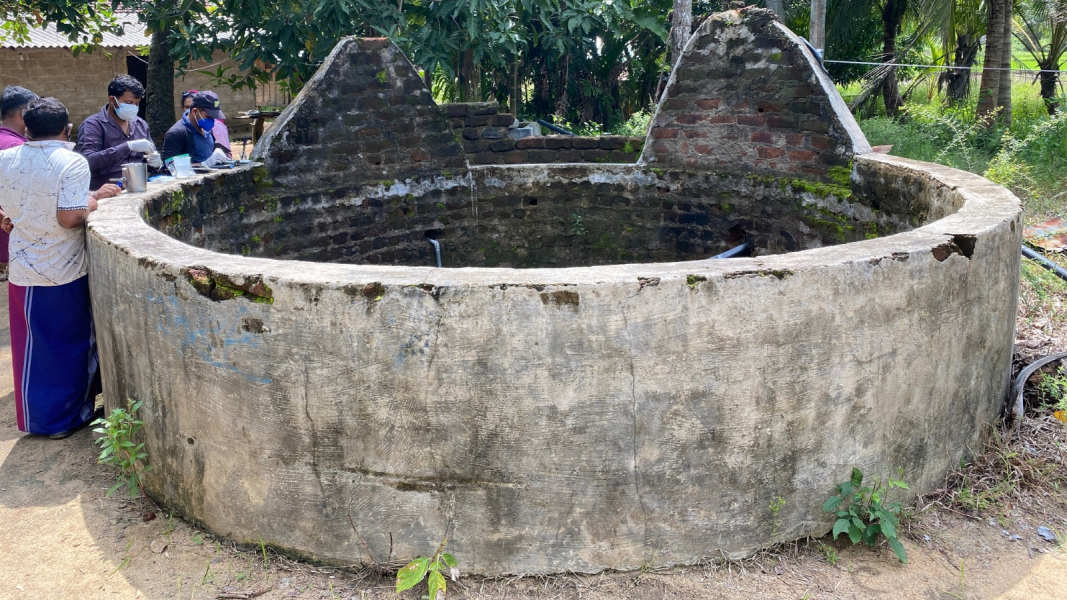 “We’ve really been working to broaden that window so that instead of using a laser beam to illuminate the landscape, we’re using a spotlight,” said Ferguson. “The idea is to catch as many molecules as possible that might be of concern in a sample so that we can look at chemical mixtures.”

"Instead of using a laser beam to illuminate the landscape, we're using a spotlight. The idea is to catch as many molecules as possible that might be of concern in a sample, so that we can look at chemical mixtures."

“What is most exciting about this collaboration is that we now have a trove of chemistry data that can be linked back to kidney toxicity assays we conduct using animal models in the lab,” said Jayasundara. “This will help to identify specific chemical mixtures that may pose the most risk to human health and follow up with laboratory studies to identify markers of disease initiation and progression.” 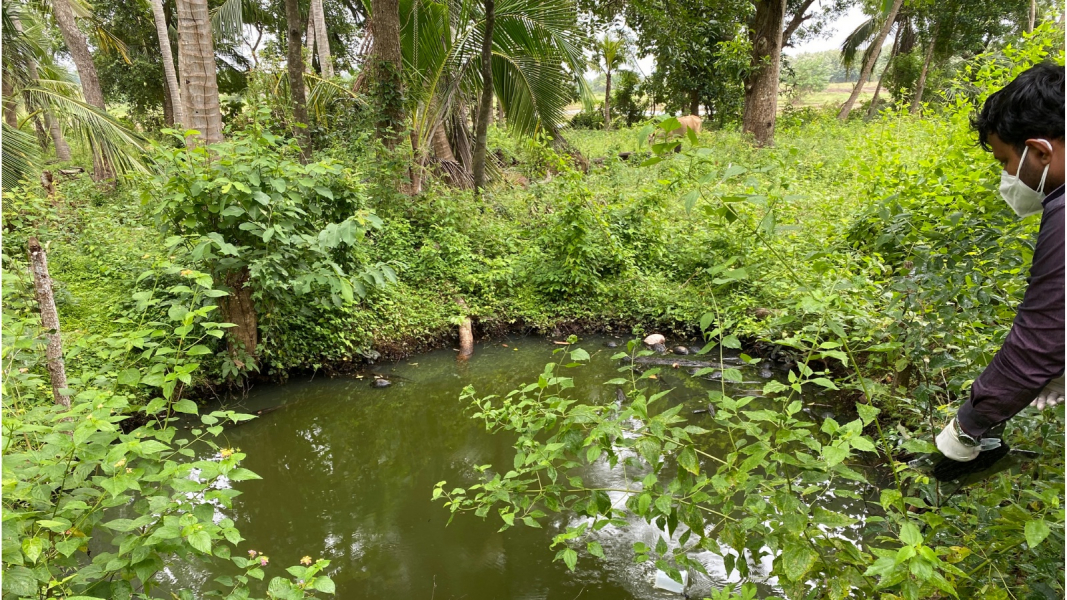 In the case of the chronic kidney disease cluster in question, there is one main suspect; the literature indicates that the chemical glyphosate, an herbicide, could be responsible—but not on its own. Sri Lanka has hard water, and glyphosate interacts with it to form complexes that persist in the environment instead of breaking down quickly, as it does in soft water. Human kidneys suffer damage when they encounter this complex.

Whether or not glyphosate is caught red-handed, the non-targeted analysis will allow the team to get a comprehensive look at everything else in the water, too. “It’s chemical discovery,” said Ulrich, who expects the investigation to continue for several months after the glyphosate analysis wraps up later this spring. “If the glyphosate contamination is not as significant as we think, there will be other directions to explore.”