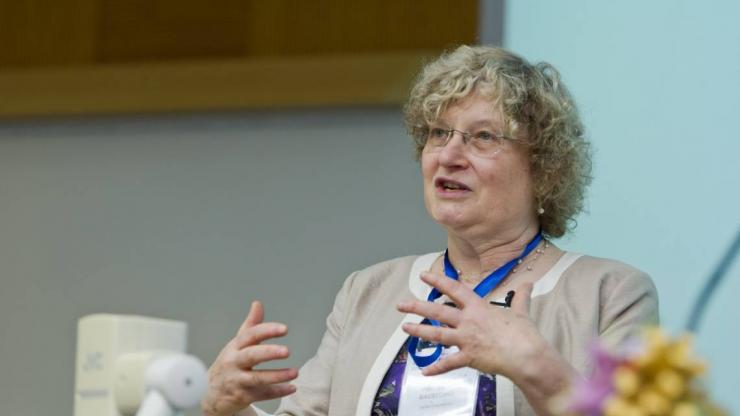 Given every two years, this prestigious award recognizes outstanding mathematical contributions that have had a direct and fundamental impact on scientific, business, finance and engineering applications. Daubechies is a professor in the departments of Mathematics and Electrical and Computer Engineering whose work has ranged from wavelets and the compression of images to applied mathematical algorithms for recognizing art forgeries. Daubechies has worked to build global mathematics networks and provide better training for scientists and engineers in developing countries, and to encourage greater interest in mathematics among women.

Daubechies received the award in person at the 2018 International Conference on Applied Mathematics, held June 4-8 at City University of Hong Kong. After the prize presentation ceremony she gave a plenary lecture titled “Biologically relevant distances between morphological surfaces representing teeth and bones.”