Researchers have demonstrated the exceptional specificity of a new way to switch sequences of the human genome on or off without editing the underlying genetic code.

Originally discovered as an antiviral system in bacteria, CRISPR/Cas9 is one of the hottest topics in genetic research today. By engineering a version of that system, researchers can both edit DNA sequences and control which genes are used. 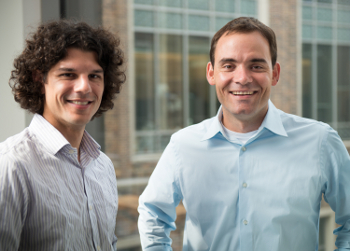 Previous studies, however, showed that editing human DNA sequences with the system is not always as precise as researchers would like. Those results raised concerns about the use of CRISPR technology in studying human diseases.

As a potential solution, some researchers added more versatility to the system by using CRISPR to target portions of DNA that control which genes are active. But instead of using the genetic cutting tool Cas9 that is often employed, they inactivated the cutting function of Cas9 and attached proteins that control the packaging of the genome. By unraveling or tightly bundling these regions of the genome, they could effectively turn them on and off.

While the technique had been shown to work well, whether or not it had off-target effects had not been investigated. Now, a team of researchers from Duke University have shown that these gene-controlling methods are capable of the high degree of precision required for basic science and medical research.

The study appears online on October 26, 2015 in Nature Methods.

“The primary advantage of CRISPR over previous technologies is the ability to use a genetic scalpel rather than a sledgehammer,” said Charles Gersbach, associate professor of biomedical engineering at Duke University. “Many labs across the world are using these tools on the assumption that they’re getting specific effects, but there had not been a comprehensive analysis to prove it. These experiments show exceptional specificity, demonstrating that the technology is capable of targeting single sequences of the genome.”

The power to control the genome’s switches would be especially important for studying and potentially treating human diseases such as cancer, cardiovascular disease, neurodegenerative conditions and diabetes, which can be driven by mutations in control regions of the genome. The hope is that overriding one of these switches could uncover and fix the root causes of many diseases. It could also help researchers understand and change how different people respond to drugs.

But only if the CRISPR technique is specific enough.

Soon after CRISPR was first described for editing human genes, several papers revealed that the technique can sometimes have off-target effects. This presents problems for gene therapy treatments and fundamental science projects, where researchers want to alter the function of specific genes without causing unintended side effects

An alternative strategy was developed to switch on and off the genomic regions that control when genes are used without modifying the DNA sequence at all. In some cases, these switches can control several related genes at once, allowing researchers to strike chords instead of individual notes.

“Looking at the specificity of these tools is technically very challenging,” said Timothy Reddy, assistant professor of biostatistics and bioinformatics at Duke. “Finding a change in sequence or gene activity is relatively straightforward if you’re focusing on one concentrated area in the genome. But looking at how turning off one enhancer switch affects the activity and structure of the whole genome requires more specialized techniques.”

Gersbach turned to Reddy and colleague Gregory Crawford, who all work together in adjacent laboratories and offices in Duke’s Center for Genomic and Computational Biology, for help with these more specialized techniques.

Reddy has focused his career on investigating how gene switches work across the human genome, how those switches differ between individuals and the implications of these insights for human traits and diseases. Crawford, associate professor of pediatrics, has spent more than a decade developing techniques to identify control regions across the genome and how they vary between cell types, during development or in response to drug treatment.

“Current methods for controlling gene switches, including drugs used in clinical trials, change the activity of many switches across the genome simultaneously, creating thousands of off-target effects,” said Crawford. “What is desperately needed is a technology for manipulating one element at a time.”

It fell to Pratiksha Thakore, a PhD student in Gersbach’s lab, to integrate the expertise of all three laboratories for studying the specificity of CRISPR in controlling these switches. While the results can’t prove that every experiment will have the same high level of precision, it provides a blueprint for researchers to assess these effects.

“By integrating genomics and genome engineering, we have developed a method to comprehensively interrogate how this genetic silencing system works and also suggested ways the technology can be used in the future,” said Thakore. “We also learned some new things about gene regulation, and it turned out that in this context CRISPR can achieve a much higher level of specificity than we expected.”